The system’s free-form screen responds flexibly to the increasing use of curves and other design features in car interiors. At the same time, its easy visibility helps to promote driving safety. The system incorporates display technologies that Mitsubishi Electric fostered through its development of rear-projection TVs as well as car electronics that withstand severe operating conditions, ensuring high quality and reliability.

Natural, distortion-free images are projected on curved, oval or triangular surfaces through a screen distortion adjustment process that predicts the distortion of images caused by complex curves, and adjusts visual signal input. (See image below)

To ensure steady performance and extended product life, Mitsubishi Electric developed a hybrid cooler that combines systems for highly efficient radiation and natural and forced-air cooling. In addition, the overall structure minimizes distortion of the optical engine and chassis due to vibration or shock while driving, ensuring that images remain crisp and clear. The display also incorporates a plastic screen that absorbs light to maintain excellent visibility in bright environments.

The display system incorporates red, green and blue LEDs for its light source to achieve a color gamut 1.5-times wider than conventional displays that use white LED backlights. The three different LEDs produce brighter colors and increased visibility. In addition, a light sensor separately controls light emissions from the different LEDs, each having its own temperature characteristics, and maintains color balance to stabilize color reproduction in a wide range of temperatures. 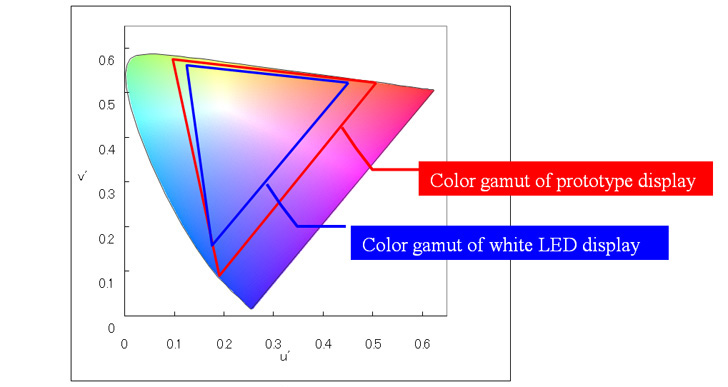 It is true that today’s dashboards are not very interactive and eccentric. This is often a technology area that is neglected compared to fuel economy or legislation fulfillment.  Do you think that we will be able to customize our dashboards in a close future?