“25 years ago, Audi launched the first TDI on the market, writing the first chapter of an enduring success story,” says Prof. Dr. Ulrich Hackenberg, Board Member for Technical Development. “Our latest innovation is the electric turbocharger, which further improves not just sprint times and pulling power, but also efficiency. This technology illustrates the possibilities harbored by 48-volt electrical systems, which we are currently developing for use in production vehicles.” 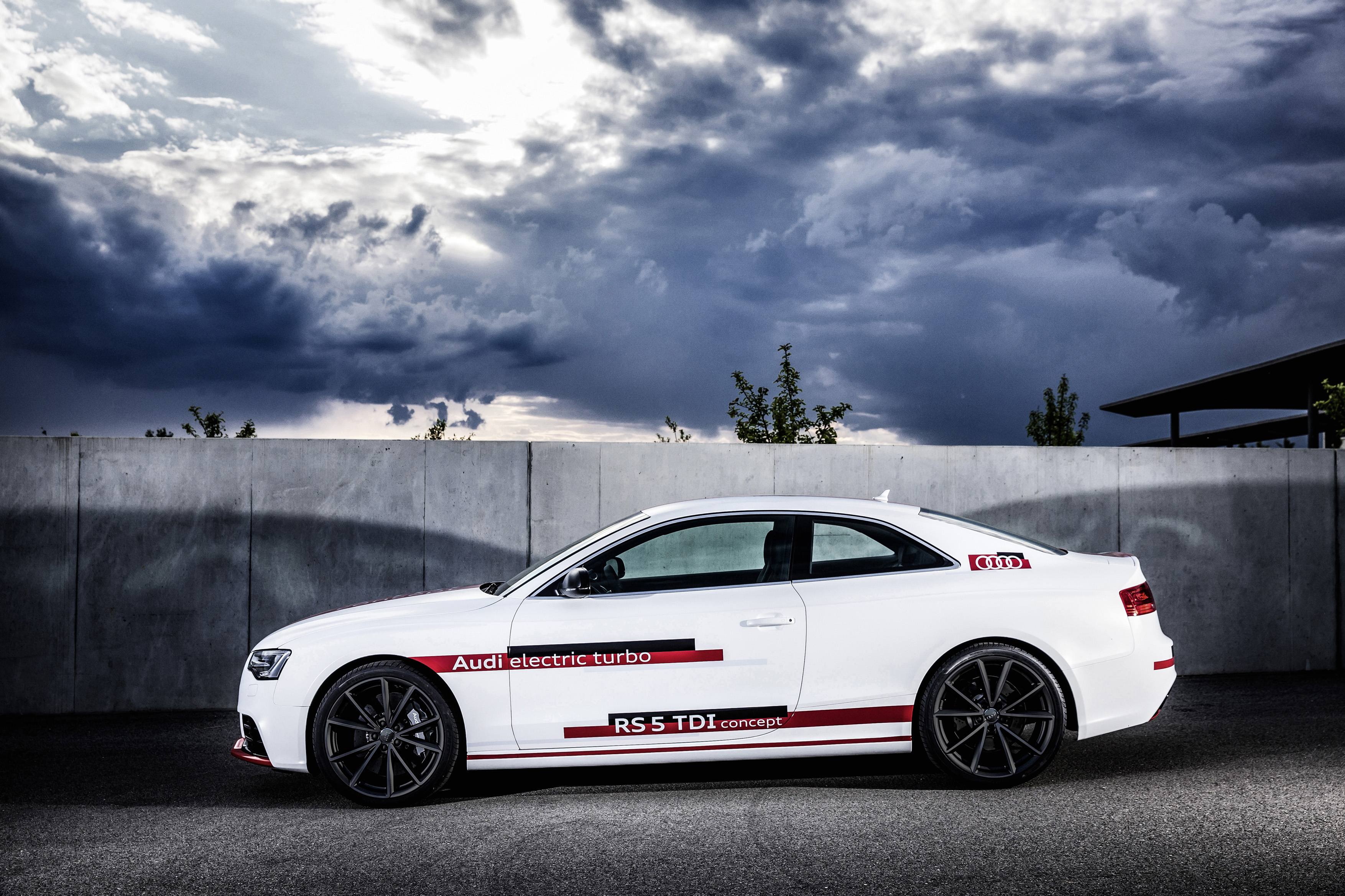 The V6 biturbo in the Audi RS 5 TDI concept produces 283 kW (385 hp); from 1,250 to 2,000 rpm it transfers 750 Nm of torque to the crankshaft. The red-line is at 5,500 rpm. The supplemental electric turbocharger provides for staggering power when starting off. An electric motor replaces the turbine wheel and accelerates the compressor wheel to over 70,000 rpm in a few hundredths of a second. The exhaust turbochargers also provide 2.4 bar of relative boost pressure. 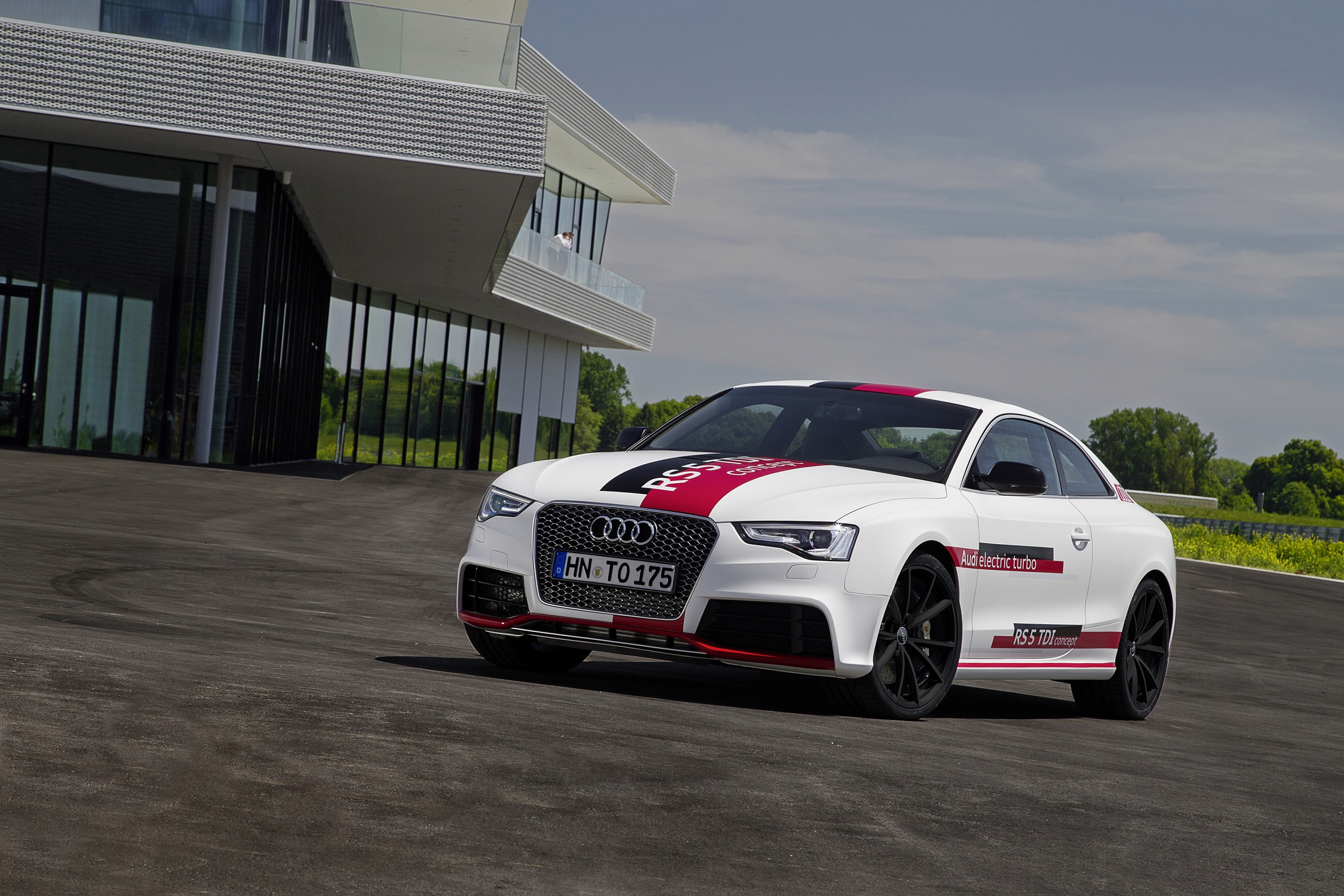 It is too bad that this vehicle is just a concept. The amount of torque is huge and I guess that the performances on a racetrack are comparable to the one of a gasoline supercar. After seeing Renault Sport communicating about a record on Nürburgring for its Mégane R.S., why Audi isn’t trying to do the same with its TDI technology for production cars?
Tweet