Bosch has joined forces with a number of other suppliers, automakers, and public-sector partners to launch the “cooperative highly automated driving” (Ko-HAF) research initiative, which aims to push forward the development of automated driving. The publicly funded project will tackle the challenges of highly-automated driving, in which drivers no longer need to be constantly vigilant. But for this to happen, technical precautions are necessary. 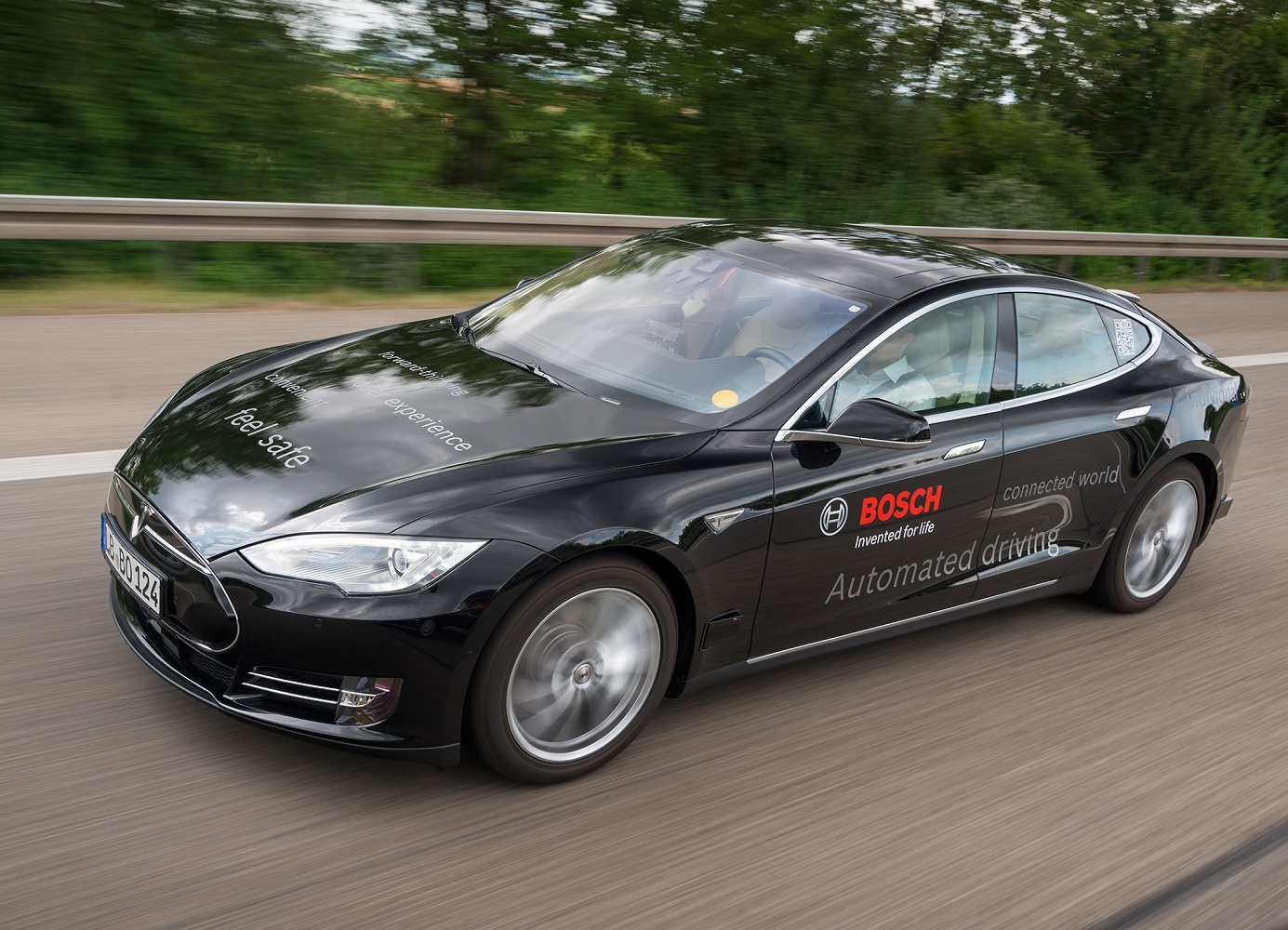 “Highly automated vehicles rely on information about their surroundings – information which supplements the data collected by their own sensors,” says Dr. Dieter Rödder, head of the future mobility systems unit at Bosch’s corporate research and advance engineering. Within the framework of the Ko-HAF project, Bosch has assumed primary responsibility for developing a backend solution for collecting and making available such information about a vehicle’s current surroundings, including the traffic infrastructure.

The backend solution is based on vehicles communicating wirelessly with a central server. For the duration of the project, a variety of vehicles belonging to the different project partners will collect the data generated by their on-board sensors during test drives and feed the server with information about their surroundings. Along with information on objects in the road, this also includes data on the existence and quality of lane markings. The collected information will be analyzed and consolidated on the server. An expanded digital map will then be made available for the vehicles to download. This will enable them to be informed in plenty of time about traffic hazards behind a bend or just over the crest of a hill. 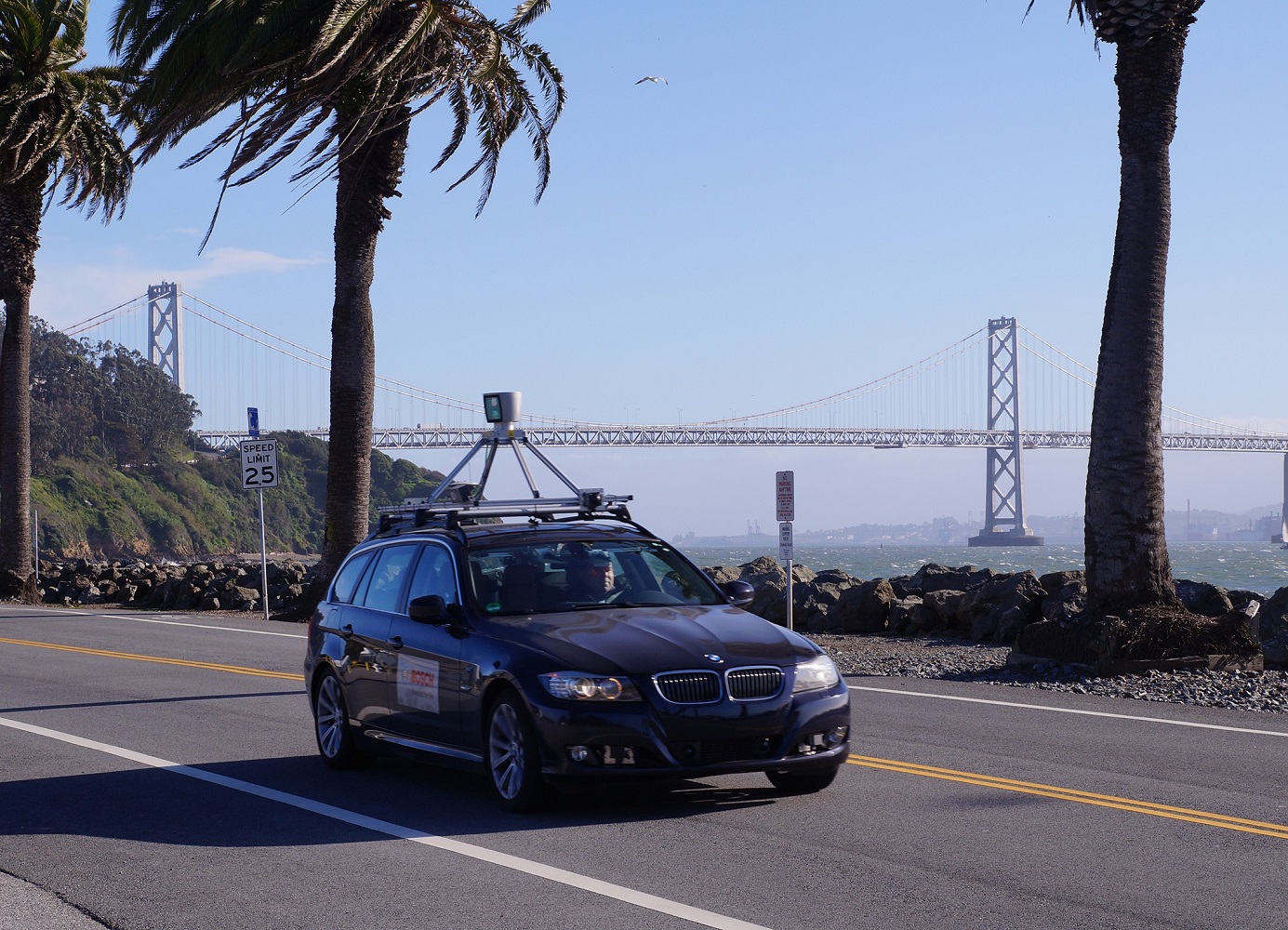 In addition to the backend solution, the Ko-HAF project is also working on precise self-localization for highly automated vehicles. For instance, the vehicles must be able to identify which lane they are traveling in as well as their exact position in the lane. One of the project’s other focal points is how to integrate drivers into the process. After all, highly automated driving is only possible on certain routes, such as freeways. Drivers will thus have to repeatedly assume and relinquish control of the vehicle. The project partners are exploring how and in what time-frame this will have to happen. Other areas being explored by the consortium include how a highly automated system can be made secure and tested. 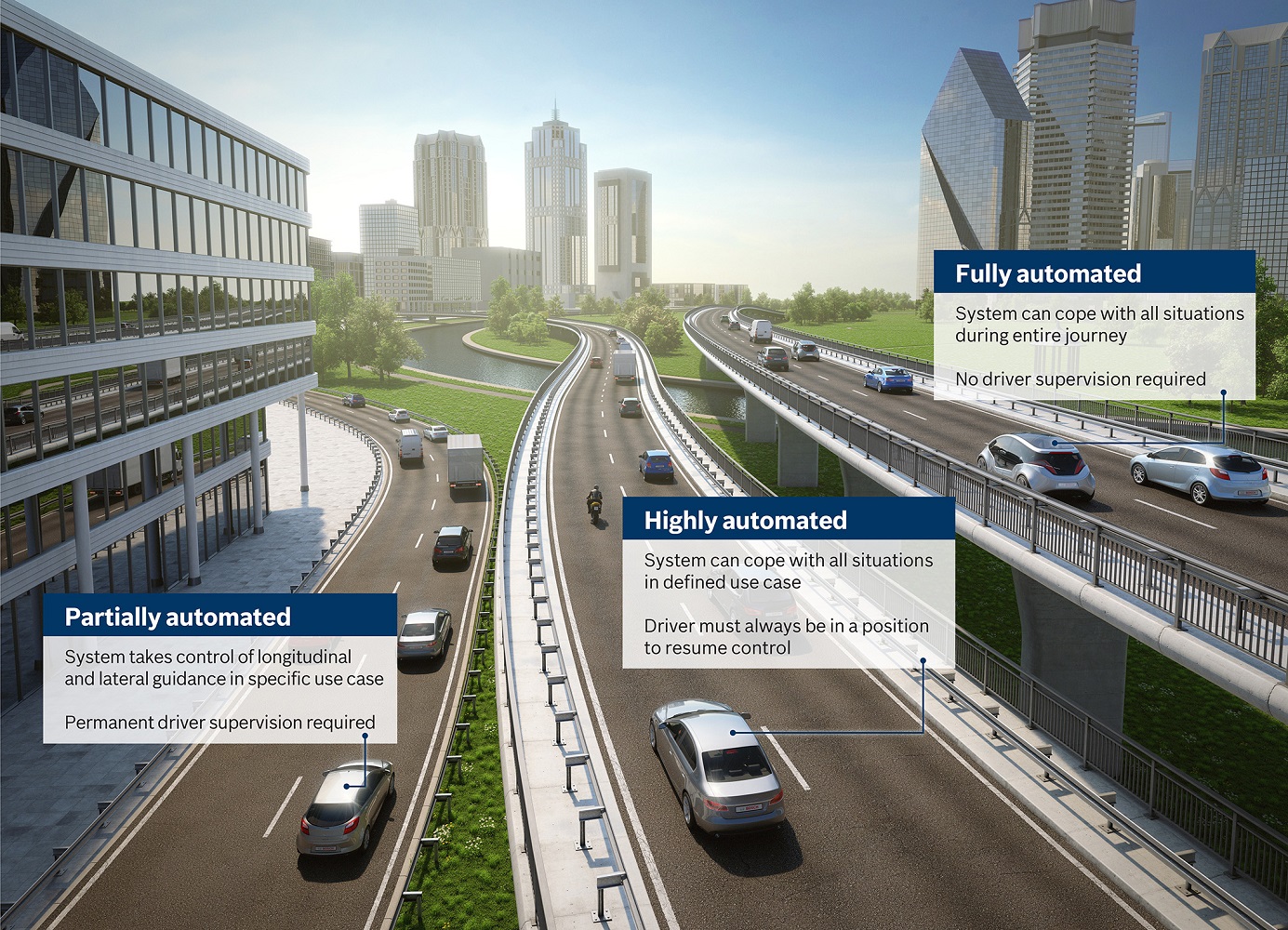 At Bosch, work on highly automated driving already extends beyond the company’s new research hub in Renningen. For several years, specialists in the German city of Abstatt as well as in Palo Alto, California, have been developing the first highly automated driving functions such as the highway pilot. In this regard, they have successfully been driving a number of test vehicles on the German A81 and U.S. I280 freeways since the beginning of 2013. The real traffic data collected will be used to develop the function to the production stage.

The consortium behind the Ko-HAF research initiative is made up of automakers, automotive suppliers, and highway administration and research partners. With total funding of 36.3 million euros, Ko-HAF is a large and strategically important project designed to drive forward progress on one of the biggest trends in the automotive industry. The German Federal Ministry for Economic Affairs and Energy (BMWi) is supporting the project with 16.9 million euros in funding as part of its “new vehicle and systems technology” program. The Ko-HAF project is scheduled to run until November 2018.