They may generally be small and unassuming, but no car can drive without them. Connectors carry electricity and electrical signals to vehicle components such as the airbag, antilock braking system, or control units. A single German premium car can contain up to 4,000 of these connections; in a compact car, the number is just under half. There are up to 20 such connections in each high-quality car seat with heating and electric adjustment, and that number is growing. Today, the global sales of connectors for cars total around seven billion euros. This figure will increase over the next three years by more than 50 percent to reach around 11 million euros.

The demands placed on these parts are high: even after hundreds of thousands of kilometers and intensive long-term use, they have to work exactly as they did on day one.

Many drivers don’t realize the significance of connectors until the moment when the air conditioning, navigation system, or any one of dozens of sensors and actuators stops working. Global breakdown statistics show that this is often caused by problems with the electronics and faulty connectors.

Bosch has some 40 engineers working to develop new plugs. One of them is Andreas Vogt, one of 14 members of the international center of competence for connectors. “We see to it that other manufacturers’ connectors work seamlessly with our products,” Vogt says.

In Vogt’s office at Bosch’s Schwieberdingen location near Stuttgart, the whole world of connectors is brought together in a tiny space. The entire center of competence is piled high with dozens of crates, full of products from a wide range of manufacturers. These plugs look nothing like the ones we’re familiar with at home. Some of the models on Vogt’s desk bristle with up to 300 extremely fine pins. Some contacts are just a millimeter wide and designed to handle currents in the milliampere range. Things couldn’t be more different with the connectors for hybrid or all-electric vehicles, which boast connectors that can weigh several kilograms and cope with currents of around 500 amperes. 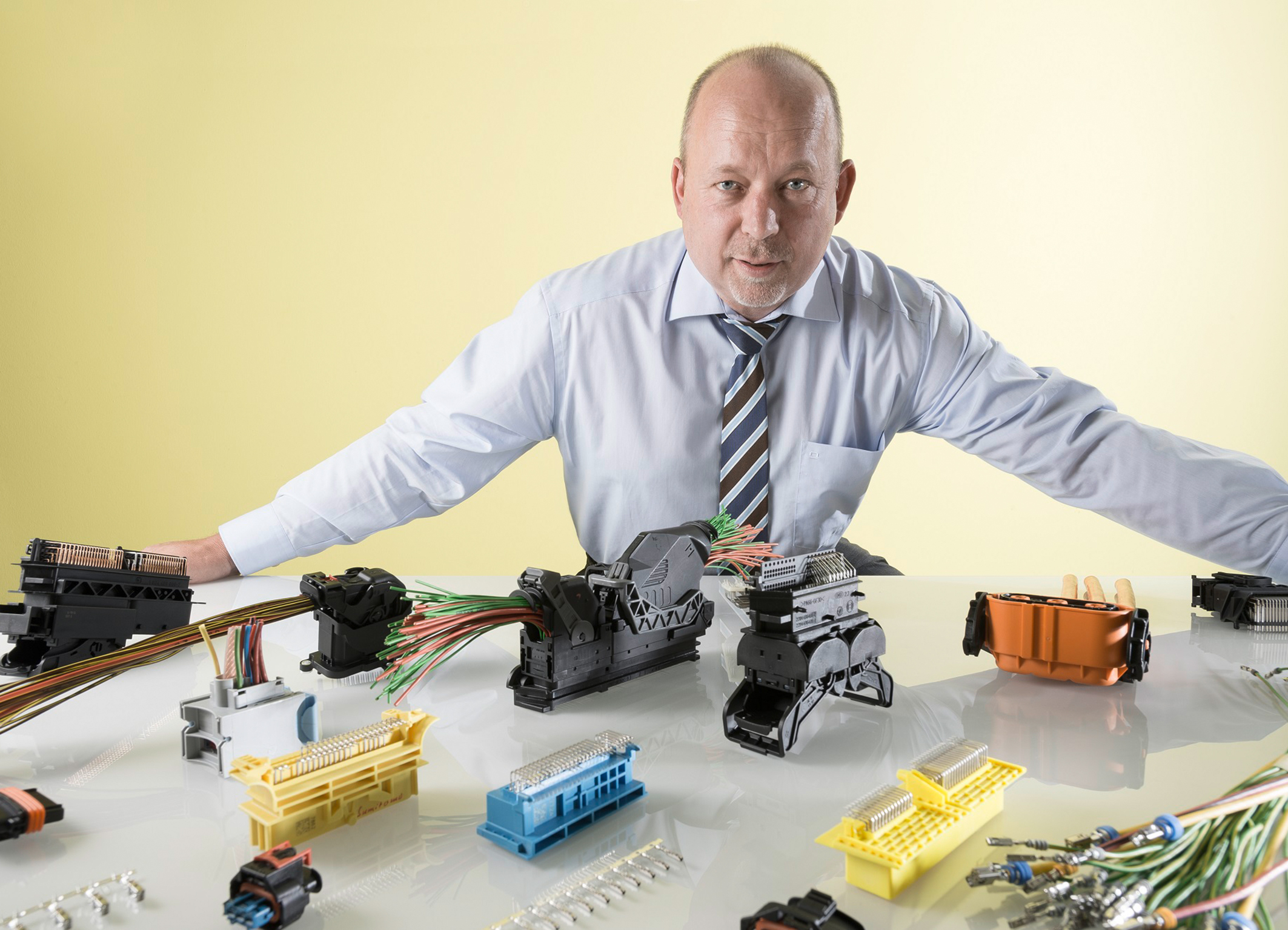 These are just two of several thousand varieties. Plugs for U.S. automakers have to meet slightly different requirements than those for Asian companies, and European plugs are different once again. But regardless of the market, all connectors must be able to withstand hard impacts with the curb, vibrations caused by bumpy roads, and rapid acceleration. Protection against the ingress of moisture is also a necessity, since corroded contacts can cause the electronics to fail. Finally, all connectors for passenger cars must still be fully functional even after 15 years or a minimum of 240,000 kilometers. The limit for commercial vehicles is even higher at 1.5 million kilometers.

As technology advances, so too do the demands placed on connectors – they have to be made smaller and more complex. Another factor is the difficulty of combining plastic with metal. But those whose job it is to think about plugs have to go beyond their technical functioning to consider their economics: a given connector might have to be fitted quickly and reliably hundreds of times in succession. “Acoustic feedback is an important consideration for some automakers,” Vogt reports. “The satisfying sound of connectors snapping shut is a good way to let employees on the production line know they have fitted them properly – even if they can’t see them while they’re fitting them.”

And the more pins a plug has, the more power it takes to put it in place. “Pure muscle power just won’t do it,” says Vogt, as he tries – and fails – to press shut a connector measuring four centimeters by five. The only way to shut it is by using the appropriate lever. This lever has an output of 70 Nm – more than enough to shut the connector tight. With a short click, the connector is in place inside the vehicle and ready to carry current and data over hundreds of thousands of kilometers.

Connectors are mandatory in today’s cars as mentioned in this news. However, I know that some OEMs and suppliers are working on Wi-Fi data transmission from sensors to control units. This could limit the growing number of connectors and induced cost and weight in a car. Do you think that Wi-Fi data and power transmission is feasible and can be implemented in a large volume industry such as automotive one?
Tweet