Municipal vehicles and delivery vans are often driven for only short distances in city centres. Under these driving conditions, they do not achieve the exhaust gas temperatures required to cut nitrogen oxide emissions effectively with conventional SCR systems (selective catalytic reduction). 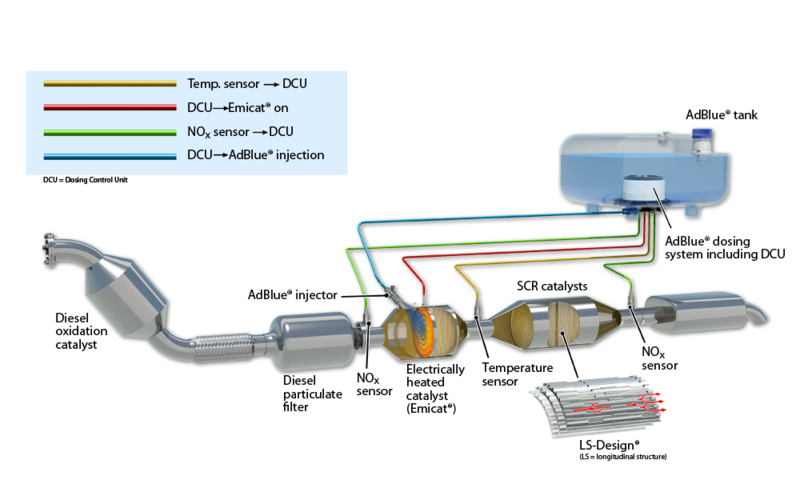 SCR catalytic converters with electric heating reach their operating temperature (light-off range) almost two minutes faster after an engine cold start. The system keeps temperatures at a constant level while the engine is idling or switched off. This reduces NOx emissions in inner-city traffic by over 90%. 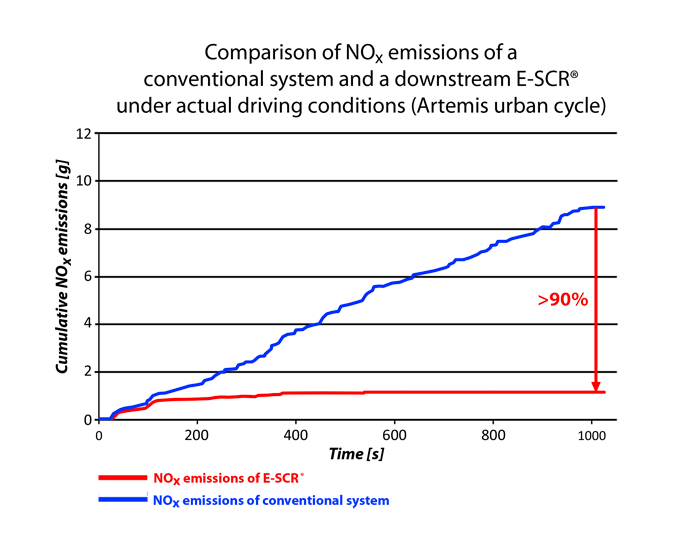 This system is mostly used in heavy duty trucks and starts to be applied in light duty vehicles. Do you think it is preferable to use a NOx trap instead of SCR from a cost perspective for light duty vehicles? What about urea supply in cities?