Volvo Car Group has completed testing of kinetic flywheel technology on public roads – and the results confirm that this is a light, cheap and efficient solution according to Swedish manufacturer.

“The testing of this complete experimental system for kinetic energy recovery was carried out during 2012. The results show that this technology combined with a four-cylinder turbo engine has the potential to reduce fuel consumption by up to 25 per cent compared with a six-cylinder turbo engine at a comparable performance level,” says Derek Crabb, Vice President Powertrain Engineering at Volvo Car Group, “Giving the driver an extra 80 horsepower, it makes car with a four-cylinder engine accelerate like one with a six-cylinder unit.” 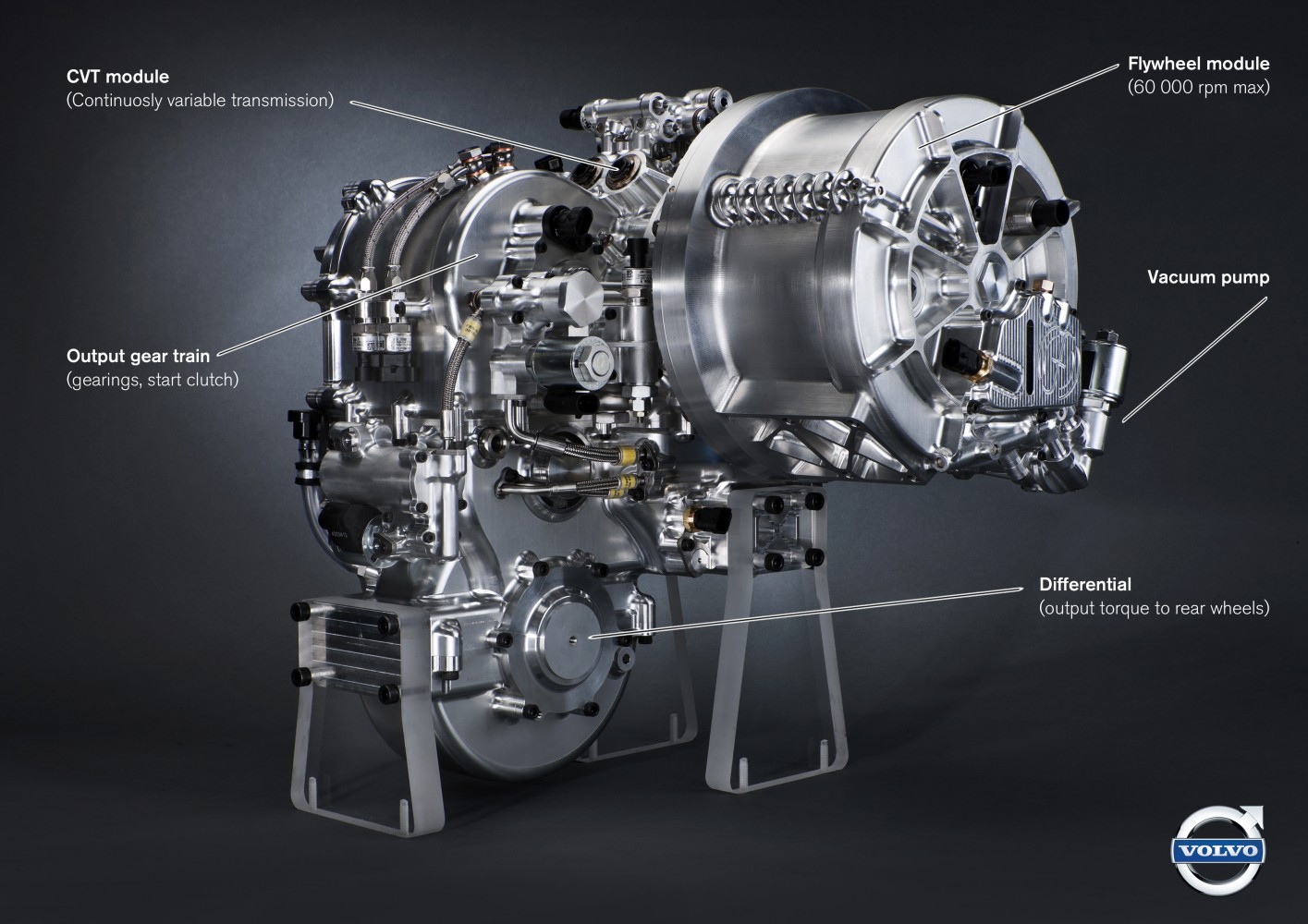 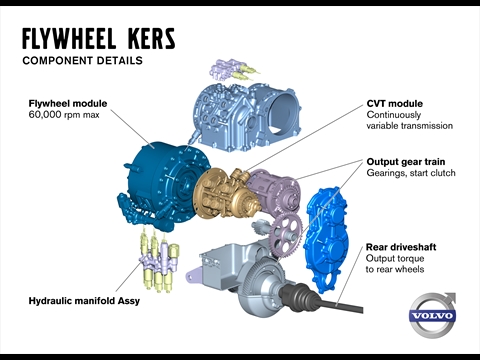 The experimental system, known as Flywheel KERS (Kinetic Energy Recovery System), is fitted to the rear axle. During retardation, the braking energy causes the flywheel to spin at up to 60,000 revs per minute. When the car starts moving off again, the flywheel’s rotation is transferred to the rear wheels via a specially designed transmission.

The combustion engine that drives the front wheels is switched off as soon as braking begins. The energy in the flywheel can then be used to accelerate the vehicle when it is time to move off again or to power the vehicle once it reaches cruising speed.

“The flywheel’s stored energy is sufficient to power the car for short periods. This has a major impact on fuel consumption. Our calculations indicate that it will be possible to turn off the combustion engine about half the time when driving according to the official New European Driving Cycle,” explains Derek Crabb.

Since the flywheel is activated by braking, and the duration of the energy storage – that is to say the length of time the flywheel spins – is limited, the technology is at its most effective during driving featuring repeated stops and starts. In other words, the fuel savings will be greatest when driving in busy urban traffic and during active driving.

If the energy in the flywheel is combined with the combustion engine’s full capacity, it will give the car an extra 80 horsepower. The experimental car, a Volvo S60, accelerates from 0 to 100 km/h in 5.5 seconds.

Carbon fiber for a lightweight and compact flywheel 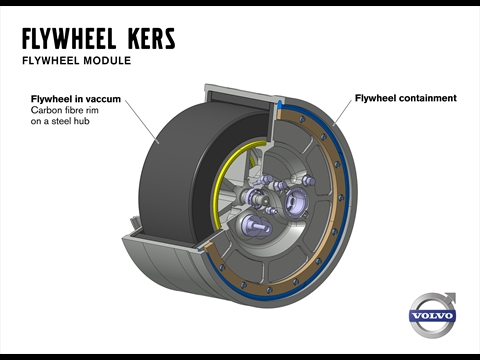 Flywheel propulsion assistance was tested in a Volvo 260 back in the 1980s, and flywheels made of steel have been evaluated by various manufacturers in recent times. However, since a unit made of steel is large and heavy and has rather limited rotational capacity, this is not a viable option.

The flywheel that Volvo Cars used in the experimental system is made of carbon fiber. It weighs about six kilograms and has a diameter of 20 centimeters. The carbon fiber wheel spins in a vacuum to minimize frictional losses.

Packaging a flywheel is real challenge, and I wonder if it is acceptable from a driveability point of view when using it to restart the vehicle. We can also add that the safety is a concern due to such a high rotation speed. I think it is too risky to introduce this technology in the market as the electrification is already the solution chosen by many OEMs. Do you think some manufacturers will go for the KERS system?