In a few months, the strict limits laid down by the Euro 6 exhaust gas standard will become reality. Depending on the kind of vehicle, they demand considerable reductions when it comes to the nitrogen oxide and hydrocarbon emissions as well as the soot particles. In order to meet the new limits, the automotive industry is relying on low-pressure exhaust gas recirculation as well as downsizing, a reduction in the engine size through turbocharging with the same or a higher performance. However, with these strategies the traditional levels of loading in the charge air duct are exceeded. This is primarily due to the contact with exhaust gas condensate, but also to considerably higher temperatures and pressures. To take that into account, BASF is introducing a blow-molding grade of Ultramid Endure. It is called Ultramid Endure D5G3 BM and it closes the gap of efficiently manufacturing pipes by blow molding. 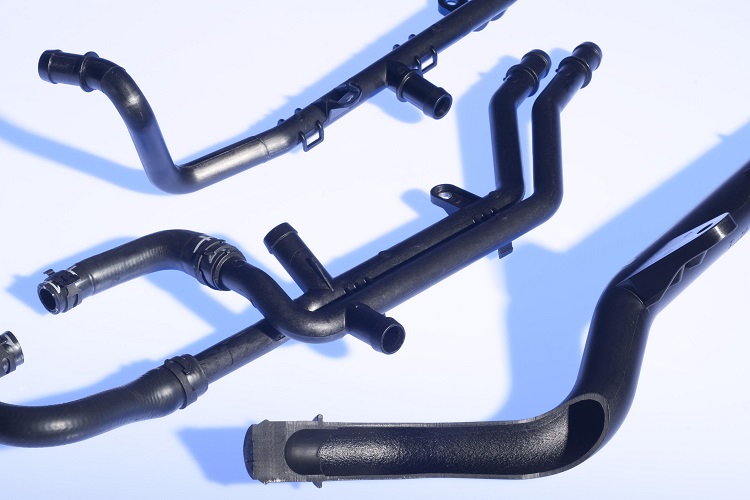 From injection molding to blow molding

In 2012, one of the first serial applications for the injection-molding grade Ultramid Endure D3G7 was the substitution of a heat shield in the charge-air duct which had previously been metallic. With its temperature resistance of 220°C in continuous use and peak temperature loads of 240°C, the material can also be used for a lot of other components behind the turbocharging, that is, on the resonator, on sensors and actuators, on the intake side of the intercooler and in the charge-air manifold. The pipes between the turbocharger and intercooler which are subjected to the same high temperatures can best be manufactured by blow molding with the Ultramid Endure grade.

The new Ultramid Endure D5G3 BM with a glass fiber content of 15% shows a high heat aging resistance, is easy to process, and has improved acoustic properties. As with the injection-molding grade, the temperature resistance is 220°C during continuous use and the possible peak temperature is 240°C. The relatively low melt temperature during processing with blow molding generally results in favorable system costs. So Ultramid Endure performs significantly better than for example PPS (polyphenylene sulfide).

Melt stability for the production process

For processing with blow-molding, the plastic is also required to have a special melt stability and favorable swelling performance. In the special suction blow-molding process, the molten material is pushed through an annular gap nozzle via a piston in the blow head and threaded into the closed mold. An air current generated by a suction pump and gravity guide the parison through the mold. After the squeezing off of the top and bottom end, the parison is penetrated by a needle and inflated, that ultimately leads to the final shape.

High melt stability counters the change in the length of the parison. The lower this lengthening of the parison, the better suited the product is to suction blow-molding. This applies to the swelling of the parison as well. Although a certain level of swelling is necessary because this means that the wall thicknesses can be corrected by low travel paths of the axial wall thickness control. However, excessively high swelling results in problems when introducing the parison into the mold. In addition, materials which swell to a great extent tend to expand as a function of the length of extrusion, which results in the parison having a frusto-conical shape. Ultramid Endure BM, however, remains largely cylindrical. As it also responds well to changes in the processing parameters, corrections are easily possible during the production process.

The issue of acoustics has become a brand-relevant factor which plays an important role in the automotive industry. New engine concepts and rising demands from customers and legislation call for materials which are acoustically advantageous. Ultramid Endure is suitable for meeting acoustically demanding requirements. For example, Ultramid Endure can be used to reduce the production of disruptive airborne noise, which is radiated from the vibrating component surface, directly at the source. Depending on the temperature and level of humidity, this material has damping values which are up to ten times better compared with polyphenylene sulfide.

The above-average resistance of Ultramid Endure BM to heat aging has been demonstrated impressively in tests. For this purpose, samples were subjected to temperatures of up to 220°C in a climate test cabinet for 3,000 hours. The values for the tensile stress at break were reduced insignificantly and were still considerably above the ones of PPS after 3,000 hours. The elongation at break still achieved values of over 2.5% after the same storage time. The material therefore was also significantly tougher than test specimens made from PPS. 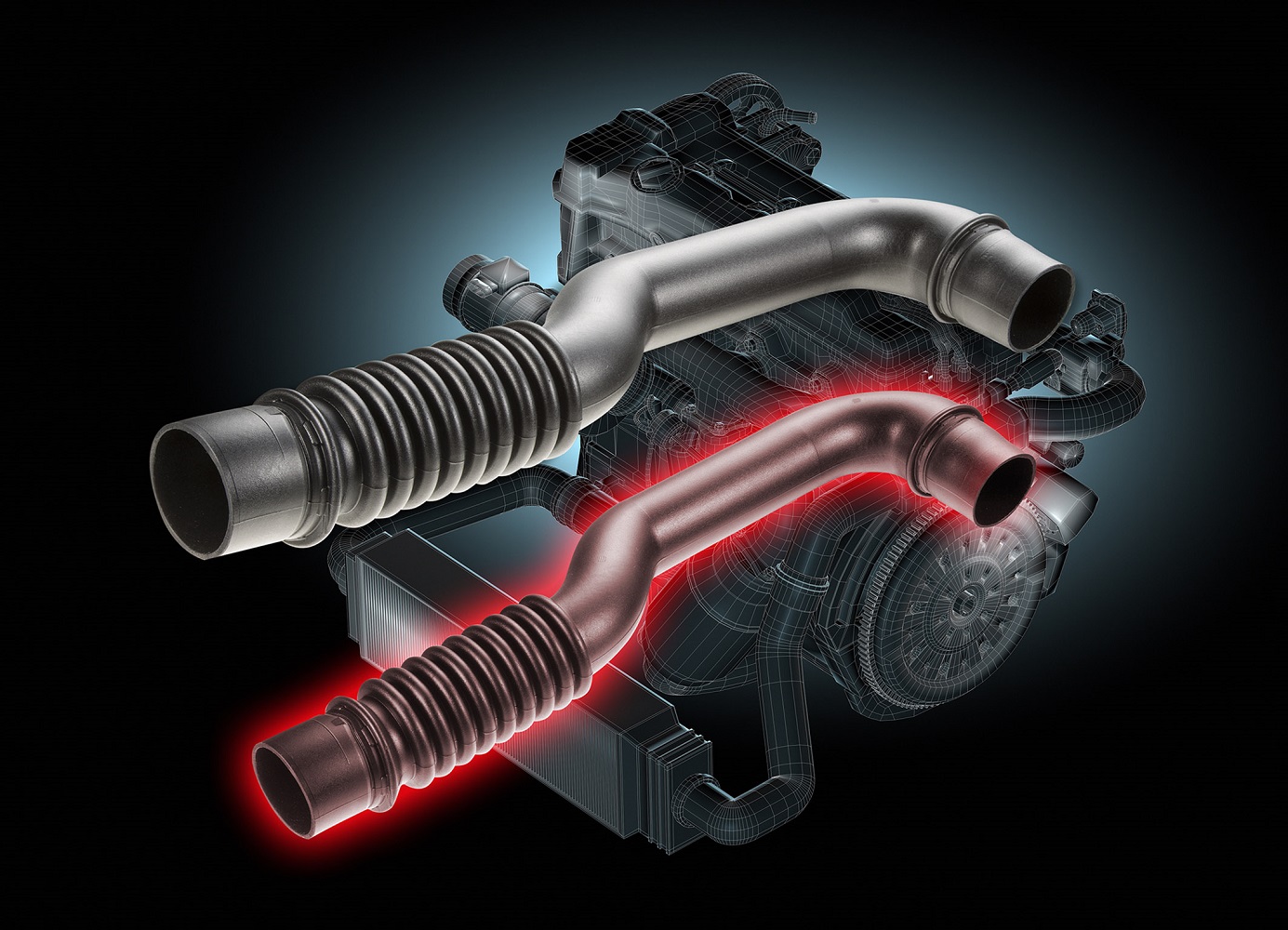 The first close-to-production components made from Ultramid Endure BM were manufactured at the Dr. Reinhold Hagen Foundation in Germany. Following further tests at blow-molding processors, the processing quality of the material was optimized for mass production. The new material is now available in sample quantities and will be ready for commercial use from autumn 2013 on.

This technology will allow to reduce powertrain weight and to increase boost pressure and temperature limits which will favor further downsizing. Comparison with PSS seems also advantageous. Do you think OEM will switch from PSS to this product? What is the cost to pay for doing this switch?