Children’s car seats are historically bulky, hard to move and tedious to mount. This is why Volvo Cars has designed a lightweight and inflatable rear-facing child seat concept. The seat is designed to be safe, easy to pack and carry, and would enable parents to use it in situations not practical with the seats on the market today.

Lawrence Abele, design manager at the Volvo Monitoring and Concept Center in Los Angeles, and the designer behind the new seat, had his two children in mind while designing the concept: “For me, child safety is always the No. 1 priority and when we lived abroad with two toddlers we had to haul bulky child seats through airports and then into taxis. For many, traveling with young children is a challenge. Any assistance to simplify the parents’ life with young children is a great thing.”

The seat has a pump system that is silent and efficient in its construction. The seat inflates in 40 seconds and deflates with an integrated pump. The total weight of the seat is less than 5 kg, and it is constantly online via Bluetooth, enabling several features, including remote controlled inflation. It fits into a weekend bag together with other necessities for the child. 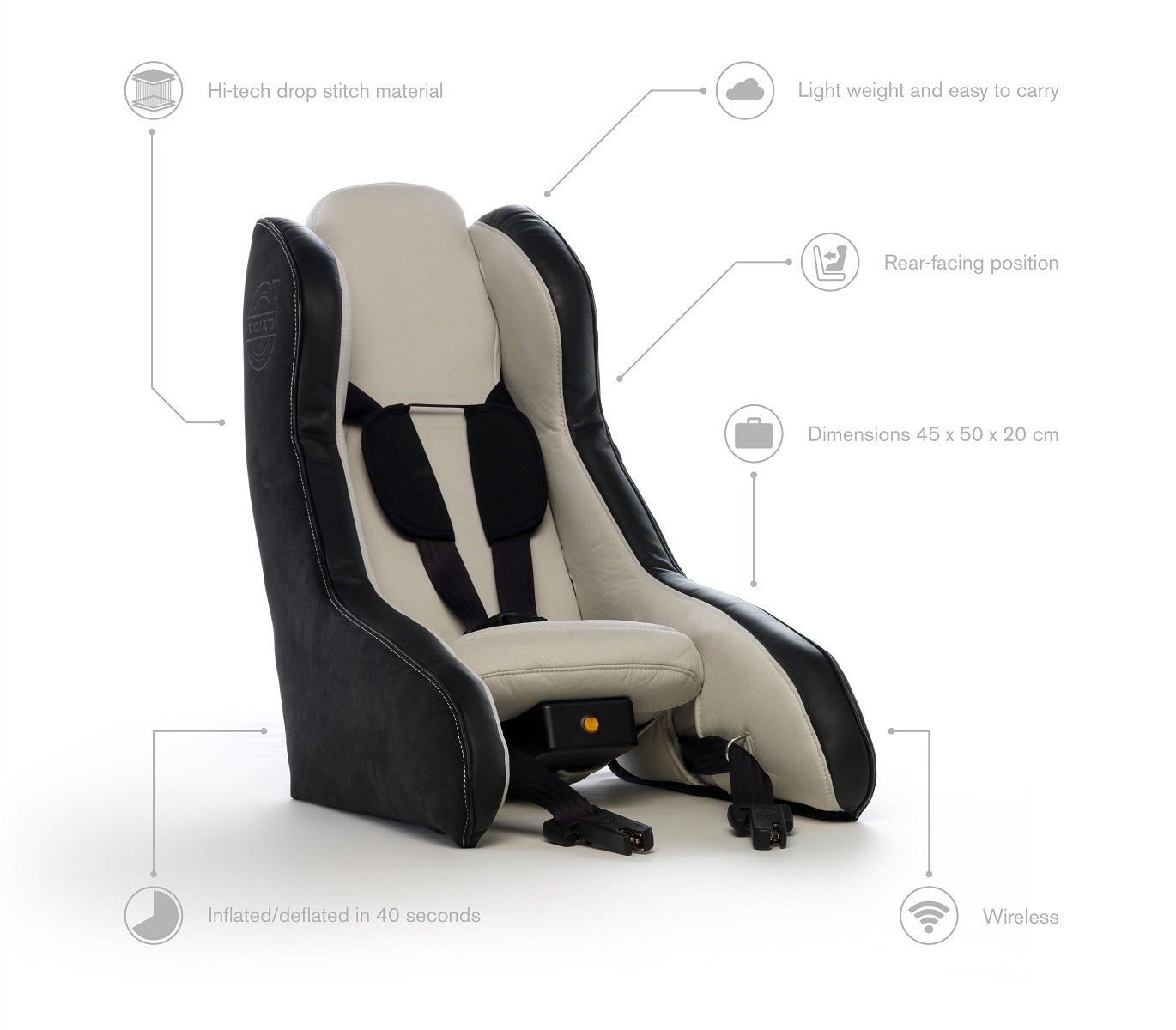 “We used a unique material called drop-stitch fabric when creating the prototype of the seat. This fabric is very strong when inflated as it can be brought to a very high internal pressure. It is a quite common technology in the boating industry and was originally developed by the military in an effort to develop inflatable airplanes,” says Maria Hansson, project manager at Volvo Monitoring and Concept Center in Los Angeles.

The Inflatable Child Seat Concept faces the rear of the car, as it is said to be the safest way for children to travel. A child’s neck is not as strong as an adult’s because it is still developing physically. In a frontal impact collision, the head of a forward-facing car occupant is thrown forward inducing great strain on the neck. Children, therefore, require special restraints and need to face the rear of the vehicle until at least 3 or 4 years of age.

I’m wondering if Volvo has crash-tested this concept to make it approved by safety assessment organizations like EuroNCAP. Do you really think this concept will be considered as safe by the customers?