A multi-function active aerodynamic system has been developed by Prodrive Automotive Technology. On behalf of a vehicle OEM for use in a 200+mph supercar, Prodrive produced the first functional prototype system eight months after starting the programme. The system was production-ready 18 months later, along with a bespoke manufacturing facility commissioned on site at Prodrive’s headquarters in Banbury.

The system uses both front and rear actuation systems to control vehicle downforce, providing features that enable the vehicle to continually modify aerodynamic forces to maintain optimum vehicle performance. Uniquely, the rear aero system is able to offer a variable lift and pitch position, providing the ability to increase downforce for optimum handling or decrease downforce in a Formula 1 style “DRS” mode for higher straight line speed. The front and rear systems can be used in conjunction to balance the vehicle downforce.

The performance requirements necessitated the use of hydraulic actuation for the rear aero system, with hydraulic pressures of more than 100 bar, three or four times those used on something like an automated manual transmission shift. Equally significant was the need to use cost-effective manufacturing processes for all the parts so they would be affordable at low production volumes, as a result many of the parts were manufactured by Prodrive’s own in-house machining centre.

“We designed the entire system from scratch, except for some proprietary sensors and hydraulic valves. Even those required validation for use in an automotive application,” explains Tibbles. “Finding suitable off the shelf hydraulic components was difficult. Standard automotive hydraulic components generally had insufficient pressure rating and the production volume and timing ruled out the development of bespoke parts. Motorsport products met weight, timing and production volume aspirations but were prohibitively expensive, and industrial hydraulic parts met performance requirements but were large, heavy and not qualified for automotive applications.”

Tibbles gave examples of how the technology was optimised in several ways by using different analytical techniques. “The major brackets carry heavy aerodynamic loads and are safety-critical, but by using finite element analysis we ensured that any surplus material was eliminated before tooling the finished items,” he explained.

This timing also included validation to a level of quality more consistent with high volume vehicles than low volume supercars, as Tibbles describes: “Many supercars are validated against a very light duty cycle, as they often live in private collections and accumulate relatively few miles,” he said. “Our customer wanted confidence in the structural integrity and fatigue resistance of the aerodynamic system over a much higher mileage, equivalent to decades of regular use.”

Prodrive met this challenge by using sophisticated simulation and analysis, combined with extensive durability testing. Rig testing included the design and construction of an in-house test rig to represent both the rear and front of the car, on which the system completed three full lifetime tests, totalling an equivalent 1.5 million km of vehicle usage. “We developed all the software in-house for the prototype active aero system and test rigs,” says Tibbles. “To simulate the aero loading on the components, we designed a rig that was able to apply a variable load to the aero system, enabling us to fully validate the system before it had ever been fitted to a car.” 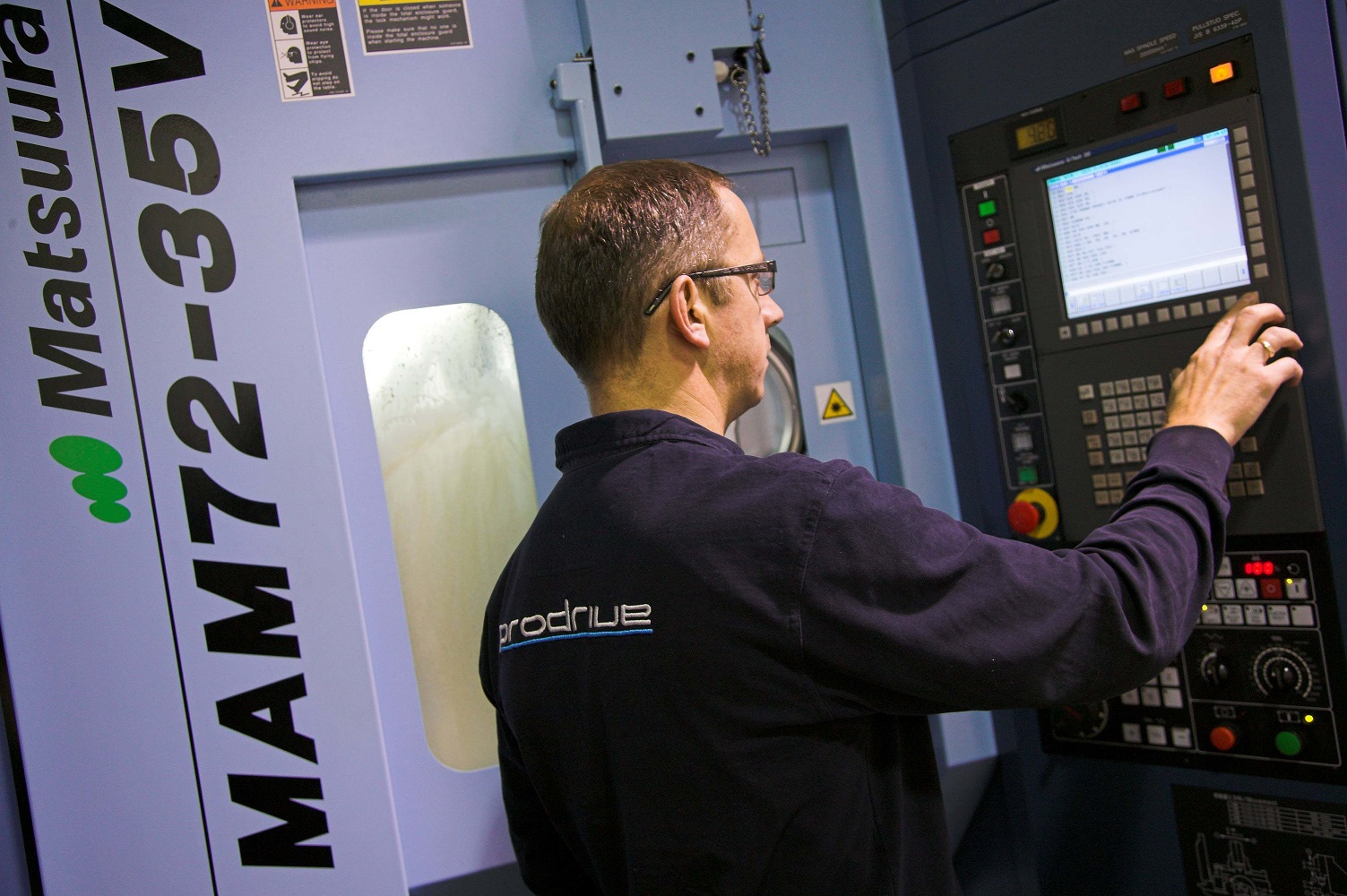 Using its in-house rapid prototyping system, µProteus, Prodrive was able to have first off development code running within weeks to support the first prototypes. Hydraulic circuits and control methods were co-simulated in MATLAB to determine system configuration and control strategies. “Due to the long stroke of the lift actuators, we were concerned with maintaining symmetry between the left and right hand side mechanisms,” explains Tibbles. “Simulation accurately identified the need for accurate proportional control of the lift system, whereas we could employ a much simpler method for the pitch system, reducing the quantity of hydraulic valves and simplifying the control task.”