CEA-Liten in collaboration with Symbio FCELL, the French specialist of hydrogen fuel cell systems, developed a new generation of bipolar plates, component essential to the operation of the fuel cell element. They are intended for applications in mobility and transport, in line with the industrialization needs of hydrogen fuel cells. This new generation of bipolar plates put CEA-Liten and SymbioFCell among the bests regarding performances of PEMFC (Proton Exchange Membrane Fuel Cell). 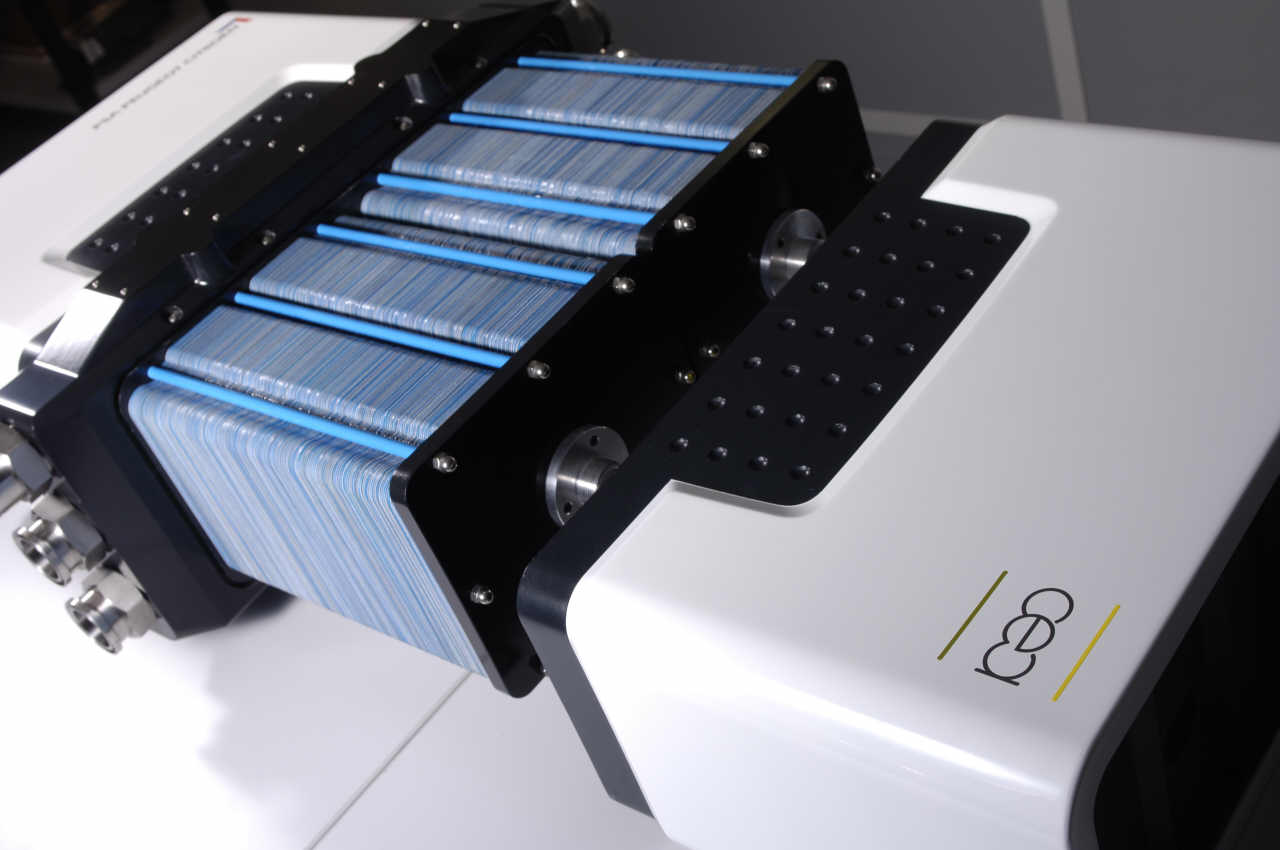 Benefiting from the 15 years expertise of CEA-Liten in research and development of these Proton Exchange Membrane Fuel Cell technologies (PEMFC), the program of the new generation bipolar plates started in 2010 reached all the objectives: increase of the intrinsic performance, reduction of nearly half the volume of the complete fuel cells systems, reduction of the amount of rare metals used and simplification of assembly for industrial mass production.

This new generation offers a performance of 2.9 kW per liter, and is at the level of the best available technologies on the field.

The bipolar plates function are the gas, water and the current-collecting circulation in hydrogen fuel cells. The design of these plates has always been a critical element in the performance of the fuel cell, but also of the complete system. Coupled with the optimization of electrode materials, it results in a doubled compactness keeping same performance while reducing the number of components in the fuel cell. The assembly is also facilitated, thereby achieving a cost reduction of more than 50% in mass production.

Improvements obtained make it possible to develop an more efficient, industrial scale, hydrogen fuel cell integrated into all types of vehicles at competitive costs with current diesel vehicles on the market.

PEMFC are the fuel cell types with the highest chance to come into mass production in the coming years due to its relatively low operating temperature. When do you think we will have PEM fuel cells in our cars? What about the hydrogen production for using it as a fuel for fuel cells? How will the infrastructure evolve with this technology?