Volvo’s all-new XC90 – which will be launched in two weeks’ time in Stockholm – will be the first car in its range to be built on the Scalable Product Architecture (SPA) modular chassis technology developed in-house.

SPA has been under in-house development at Volvo for the past four years and is the cornerstone of the company’s on-going USD 11bn transformation plan. It will be introduced with the all-new XC90 and then rolled out across the product range in future. 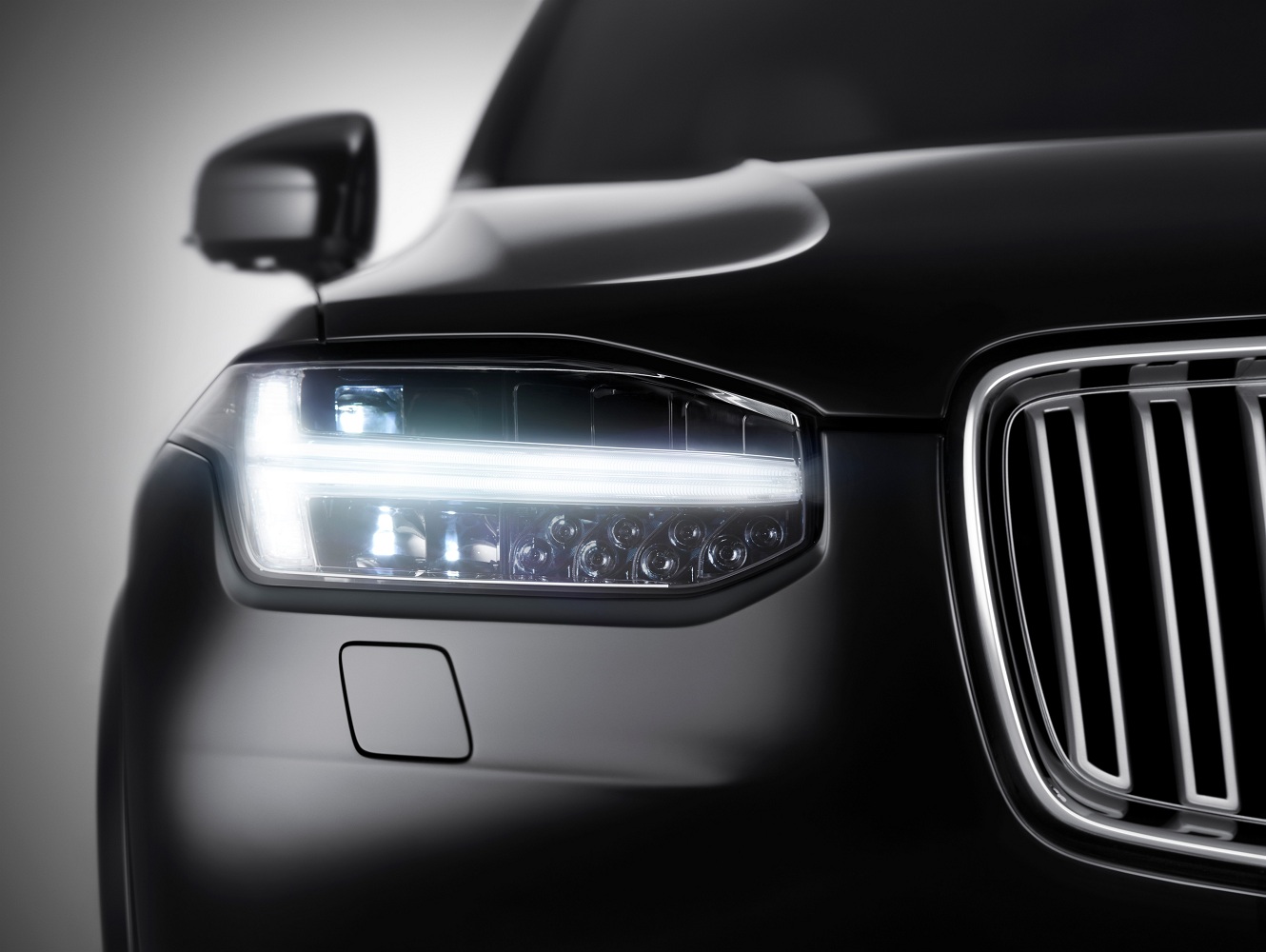 “SPA and the XC90 are firm evidence of our Volvo-by-Volvo strategy. The XC90’s outstanding combination of luxury, space, versatility, efficiency and safety will bring the SUV segment into a new dimension, just as the original XC90 did in 2002,” says Dr Peter Mertens, Senior Vice President, Research and Development of Volvo Car Group.

Secondly, SPA will change the way Volvo builds cars in future by allowing a wide range of cars, powertrains, electrical systems and technologies – all of differing complexity – to be fitted on the same architecture, generating significant economies of scale.

With SPA, previous design limitations in areas such as wheelbase, overhang, vehicle height and the height of the front are removed.

“This has created greater freedom for us to design cars with a confident stance, dynamic proportions and a number of distinctive design signatures. Our three recent concept cars have demonstrated this capability. Even though the all-new XC90 is an entirely different type of car, you will recognize the connection instantly when it is revealed in two weeks,” says Thomas Ingenlath, Senior Vice President Design of Volvo Car Group. 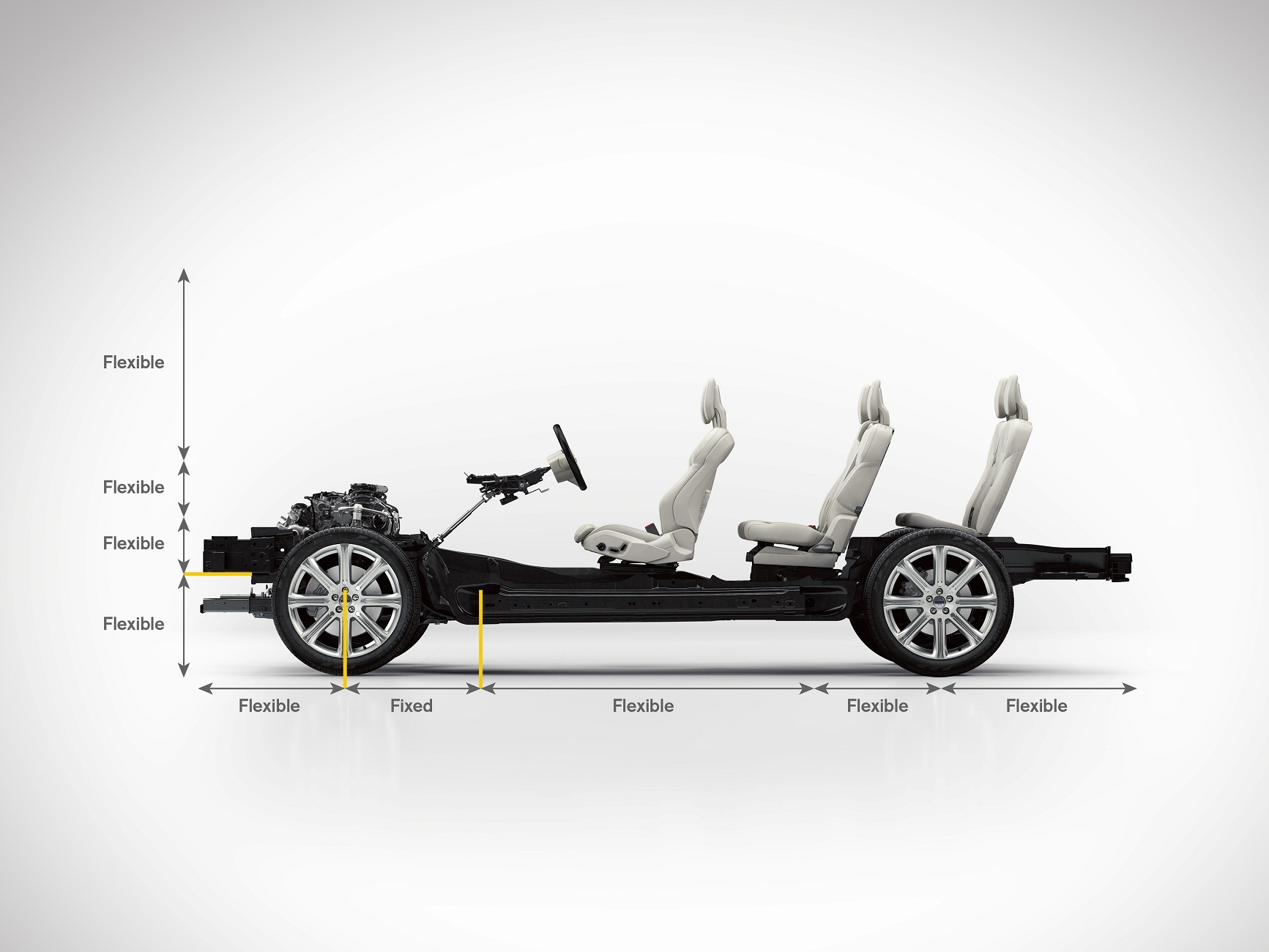 “SPA has enabled us to create the world’s first no-compromise SUV,” says Dr Mertens. “You get the agility of a much smaller and lower car, an in-command feel and generous interior space, plus an adrenaline rush delivered by powertrains that offer an unrivalled combination of power and low emissions. Of course, it carries the Volvo badge, meaning world-class safety is standard.”

The new XC90 offers a range of Drive-E engine options. This modular family of two-liter, four-cylinder diesel and petrol engines has several levels of turbocharging to cover the whole range from high power and torque variants to fuel-efficient versions.

The top-of-the-range XC90 ‘Twin Engine’ combines a two-liter, four-cylinder supercharged and turbocharged petrol engine with an electric motor and offers around 400 horsepower with carbon dioxide (CO2) emissions of around 60 g/km (NEDC driving cycle). 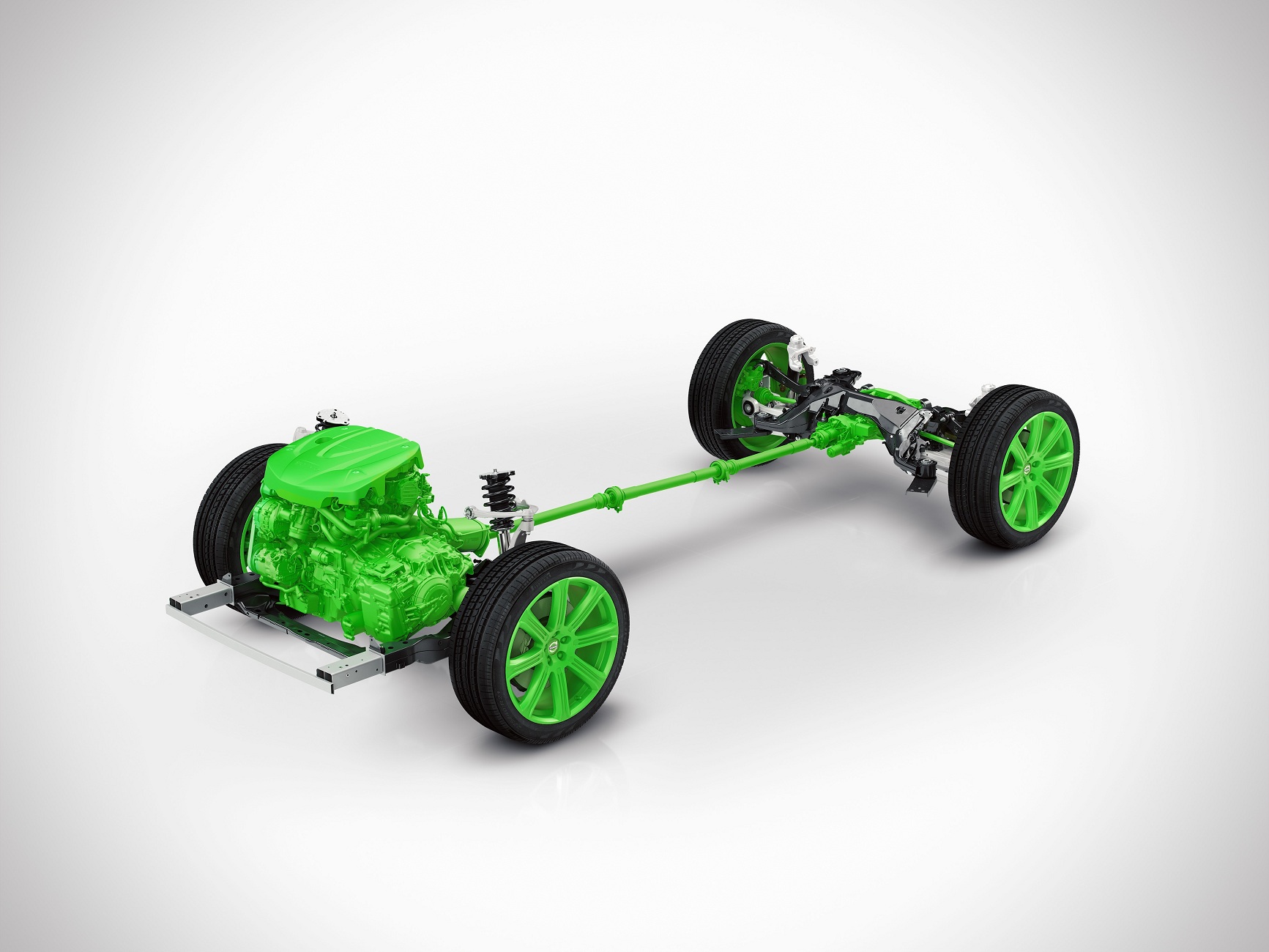 SPA is also able to integrate electrification at all levels without intruding on interior space or load space. Other carmakers have struggled to combine the bulk of a battery pack with a luxurious and spacious interior, something that Volvo has managed to overcome with SPA.

Industrial benefits of the SPA

In addition to the product-related advantages of the scalable architecture there are also industrial benefits. SPA allows Volvo to develop a model range consisting of cars based on the same joint modules and interfaces, scalable systems and components and built in a flexible production system. This means all Volvo models from the 60-cluster upwards can be built on the same production line irrespective of complexity.