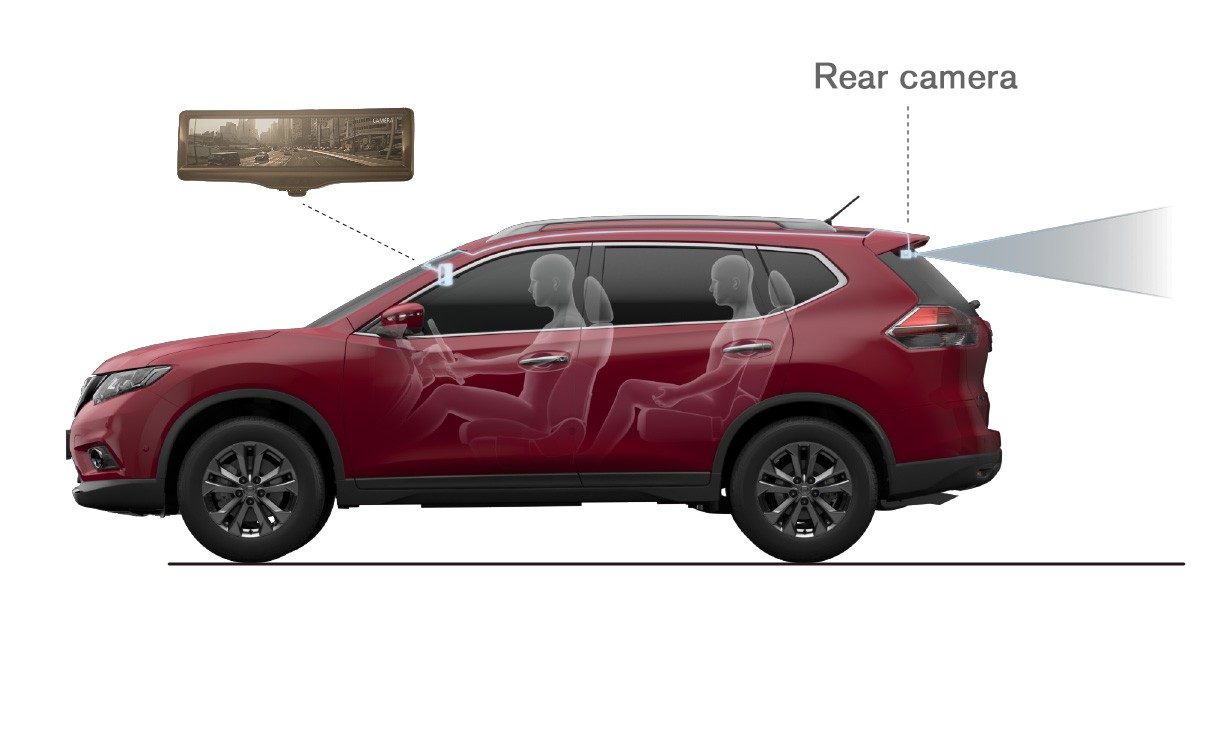 The Smart rearview mirror is housed within the structure of the rearview mirror, with a built-in LCD monitor that can be activated in place of the conventional mirror. A high-resolution camera mounted on the rear of the vehicle provides the driver with a clear unobstructed view of the rear flanks, allowing the ability to check blind spots and other traffic conditions. The camera projects an image onto the monitor to provide the driver with a better view.

An additional feature of the Smart rearview mirror is the versatile switch function. Operated by a control located at the bottom of the mirror, the driver can utilize the traditional rearview mirror system, or with a flip of a switch, gain an unobstructed rearward view behind the vehicle embedded on the LCD display. 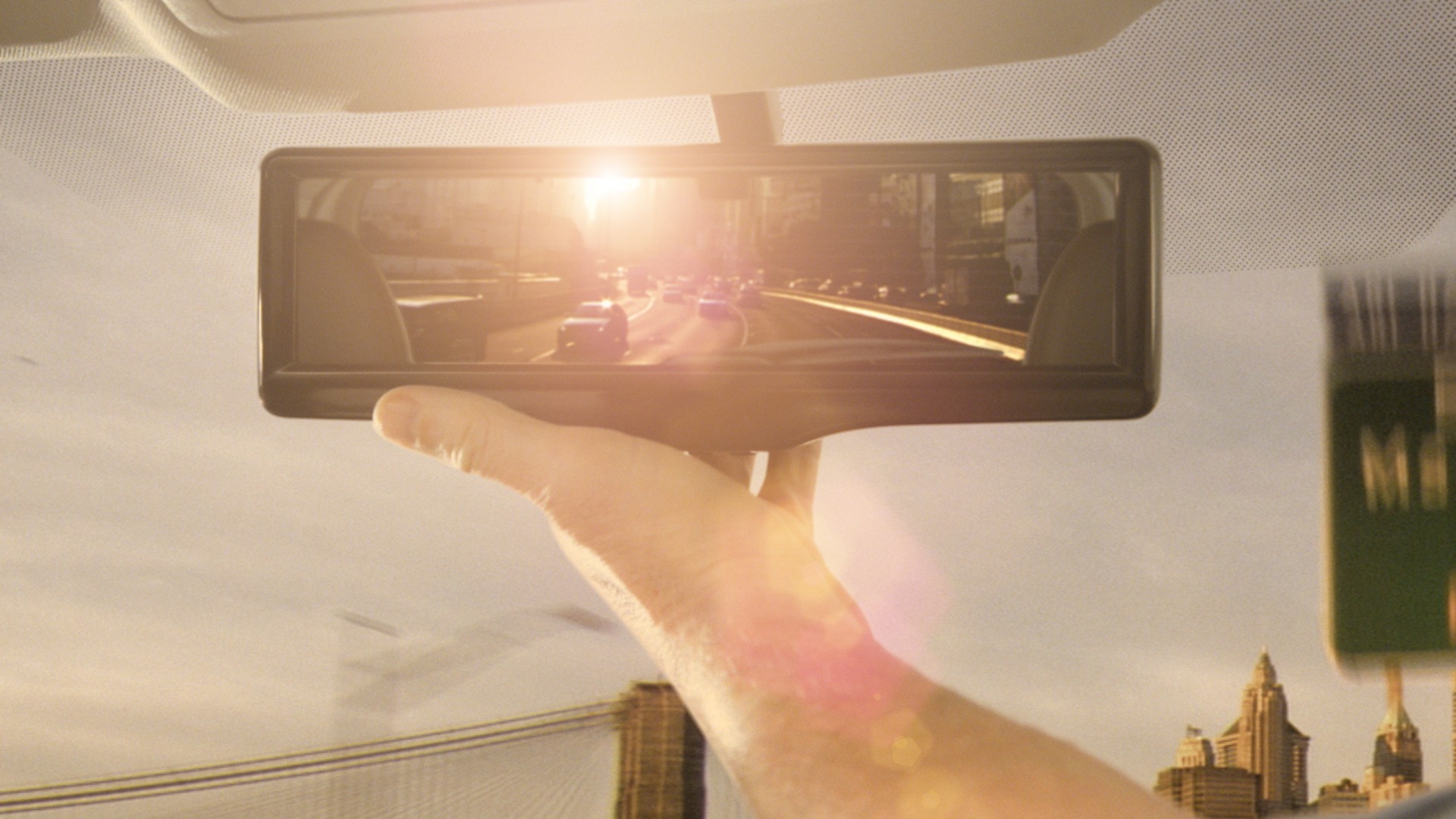 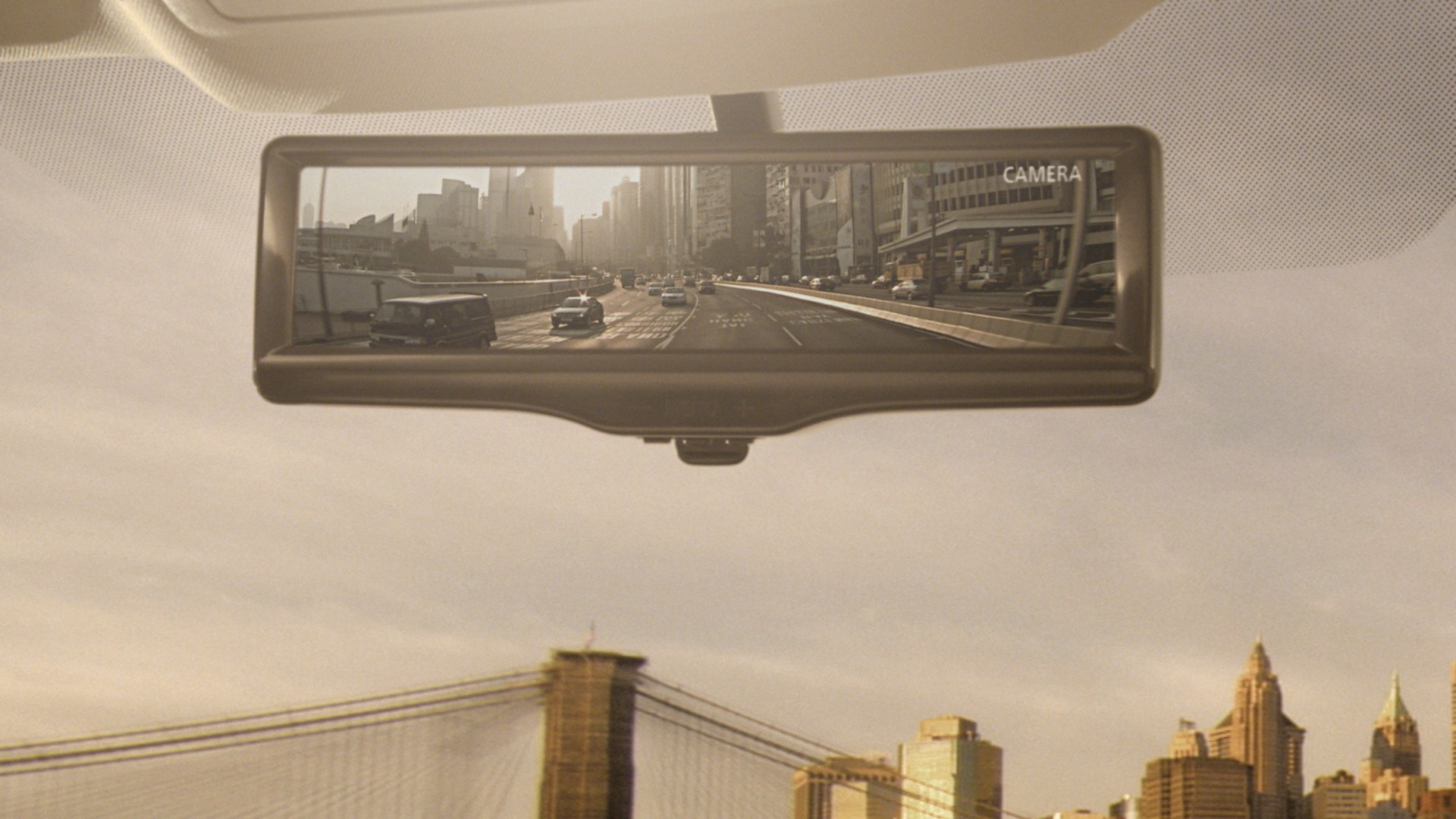 The Smart rearview mirror provides a wider and clearer view when compared to a standard mirror. The LCD monitor provides unobstructed images of the rear flanks, making traditional obstructions associated with traditional rearview mirrors, such as C-pillars, a non-issue. This helps the driver grasp the traffic conditions within the area in a much more efficient manner.

The Smart rearview mirror can provide a clear image in a variety of environmental conditions including rain, snow, dawn and dusk. The camera and image processing system implemented in the LCD monitor results in a clear image with minimal glare, during sunrise or sunset conditions or when being followed by a vehicle with strong headlights. 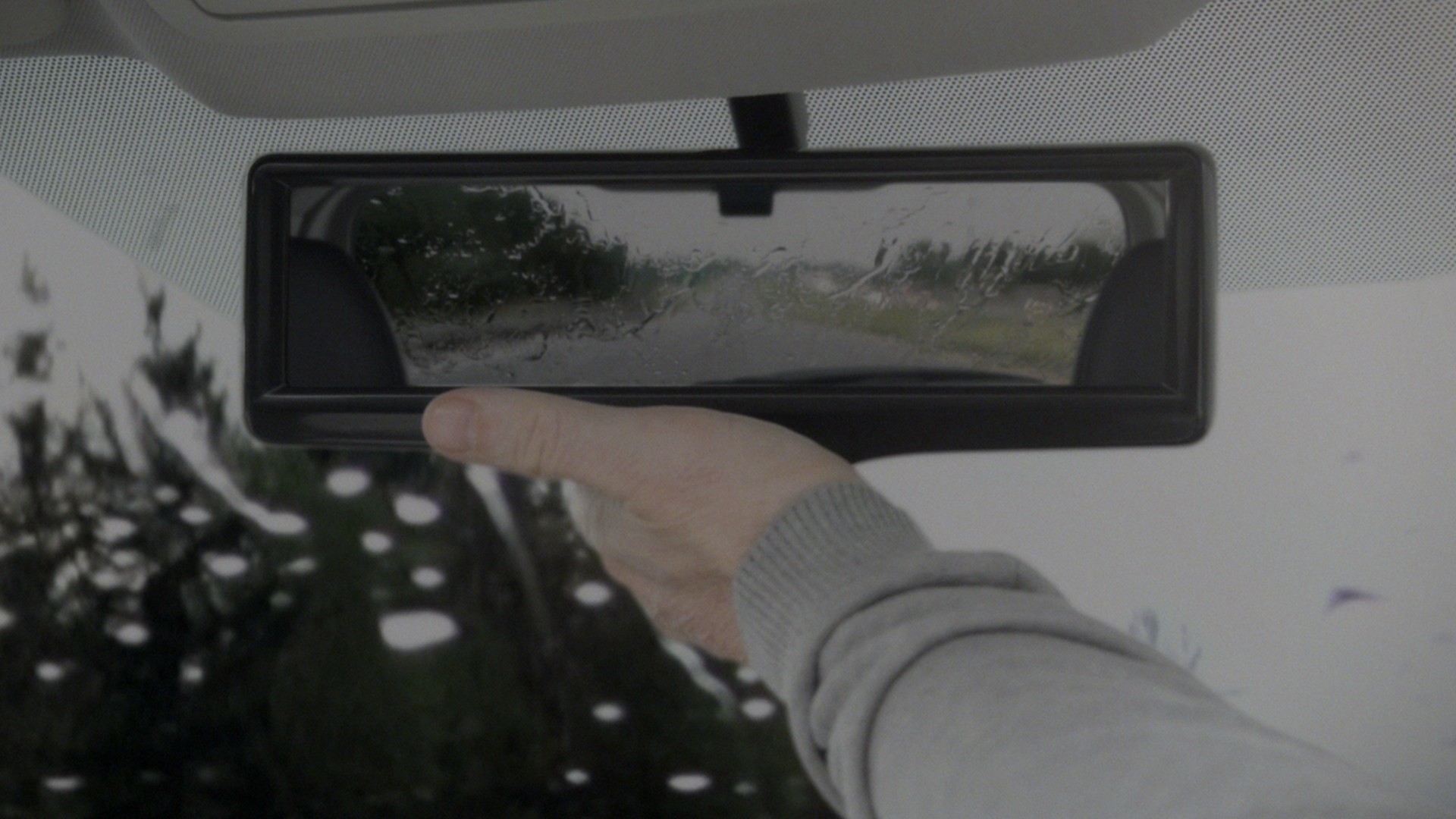 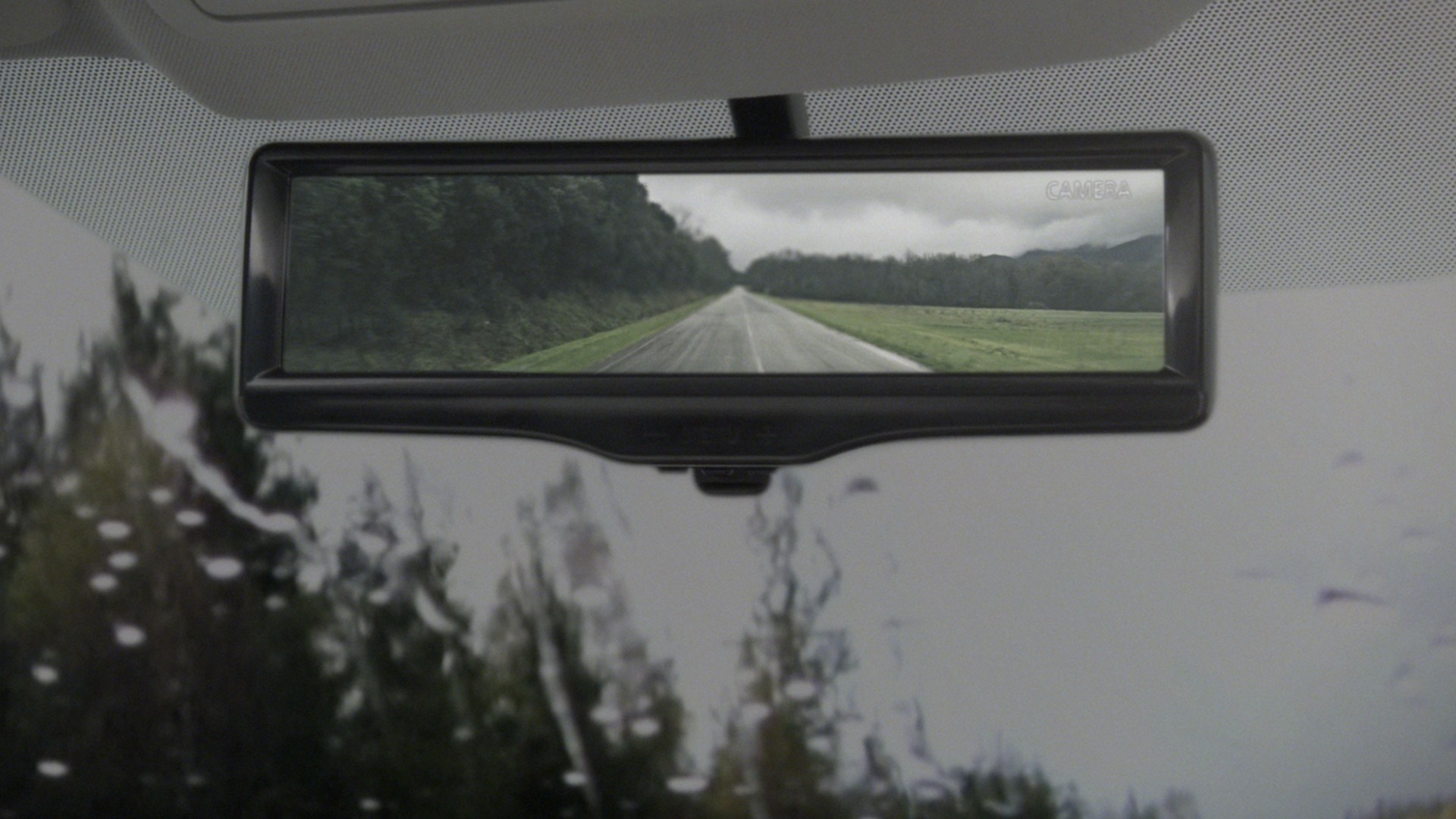 Nissan has historically used its cameras and image processing technologies to help expand the driver’s view. For example, the world’s first Around View Monitor provides ease of parking via a bird’s eye view of the vehicle‘s surroundings, creating composite images caught on four cameras to display a virtual 360-degree image of the vehicle, including the sides and rear of the car.

The Around View Monitor system has evolved from its initial introduction. When the driver must execute a blind corner turn, or when exiting a parking lot, the Front Wide View Function and Rear Wide View Function can provide the driver with a 180-degree view of the front and back of the vehicle on the monitor inside the car. MOD (Moving Object Detection) informs the driver of moving objects detected near the car when maneuvering out of a parking space. The cameras placed on the front windshield also contribute to other safety technologies, including the Lane Departure Prevention system, which alerts the driver when the car unintentionally leaves the driving lane and helps the driver move the vehicle back into the lane. The Emergency Brake System detects a car in front of the vehicle also by cameras and alerts the driver with an in-vehicle audible and visual warning and if necessary, emergency brake is applied to help avoid an imminent collision.

The Smart rearview mirror is equipped with a newly developed high-performance, narrow-angle camera and a specially-shaped LCD monitor. Matching a standard wide angle camera lens to this unique monitor could not be done since the images from the camera, when adjusted to the special monitor size, produced a low-resolution image resulting in an insufficient picture quality. To rectify this challenge, a 1,300,000 pixel narrow-angle camera was developed so that picture quality would not be sacrificed when formatted for the specially designed monitor.

Also, conventional monitors possess an aspect ratio of 4:3 or 16:9, but these traditional-sized aspect ratios could not adequately be displayed in a rearview mirror. Therefore, an LCD monitor with a unique aspect ratio of approximately 4:1 was developed.

“Smart rearview mirror will give our customers the best possible view no matter how tall the passengers in the back seat, or the road conditions.” said Andy Palmer, Chief Planning Officer and executive Vice President of Nissan. “It also offers the possibility of new and exciting designs for our upcoming models because Smart rearview mirror is an alternative to a very wide rear window for good visibility. We’ll have the flexibility to create new shapes, and to further improve aerodynamics for better fuel efficiency.”

Nissan plans to implement the Smart rearview mirror in the ZEOD RC that is scheduled to compete in the 24 Hours of Le Mans and other NISMO race cars. Shoichi Miyatani, NISMO’s president says, “Under the harsh driving conditions in the world of motorsports, retaining a clear view for the race driver is of utmost importance. In that sense, the Smart rearview mirror will be a powerful tool for our Nissan NISMO drivers. Also, we have high expectations towards improving the cars’ aerodynamic design, thanks to the Smart rearview mirror, thereby expanding the possibilities of race cars to a new level.”

Nissan is planning to introduce the Smart rearview mirror to global markets in 2015. The plan is to offer the product as a dealer option this spring in the Japan market.