Bentley introduces V8 power to the Continental GT V8 S in North America for the first time. Alongside this debut at the North American International Auto Show (NAIAS), is the world’s fastest four-door luxury saloon, the Flying Spur, and the pinnacle of the Bentley range, the Mulsanne.

2013 was Bentley’s record year. Global deliveries increased by 19%, to 10,120 cars, achieving double-digit growth for the fourth consecutive year. The Americas reinforced its position as the number one market, with deliveries increasing by 28% to 3,140 cars.

Dr. Wolfgang Schreiber, Chairman and Chief Executive, comments: “The GT V8 S is a car for our V8 customers who want more. It is more agile, with a lower and uprated suspension, faster, with more power and more distinctive with its signature S styling and a unique V8 S soundtrack. I am delighted to bring this car to our biggest market for the first time, in this sustained period of growth for the Americas. This region’s strong performance played an important role in making 2013 a record year. With its latest results, Bentley is the world’s most sought after luxury car brand.”

Available as both a coupe and convertible, the new GT V8 S models provide a more engaging driving experience from Bentley’s existing 4-liter twin-turbo V8 powertrain. The engine develops 521 bhp (528 PS / 389 kW) at 6,000 rev/min and a peak torque of 680 Nm (502 lb.ft) from 1,700 rev/min. Delivered via a close-ratio ZF 8-speed automatic transmission, the increased V8 S power provides high performance with better acceleration and smoother power delivery compared to the GT V8 model. Switching into S mode via the gear selector will provide the driver with a sharpened throttle response while gears are held for longer with faster shifts. 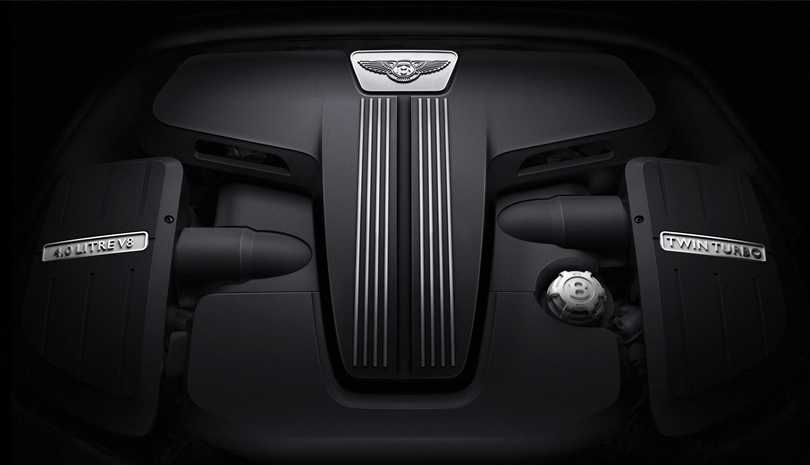 The GT V8 S coupe dispatches the 0-60 mph sprint in 4.3 seconds (0-100 km/h in 4.5s) onto a top speed of 192 mph (309 km/h). This increased performance is achieved without detriment to the V8 engine’s fuel economy and CO2 emissions, or its ability to cover 500 miles (805 km) between fill-ups. The Continental range now consists of four distinct models. The V8 S complements the GT V8, giving customers a choice of different V8 models for the first time. The W12 is the signature car of the Continental range. And the fastest luxury GT in the world, the 205 mph Continental GT Speed, forms the pinnacle of the model line.

The performances of this V8 S model are very impressive despite the high weight of the Continental GT. However, Bentley did not communicate any figures about the fuel consumption in US. Indeed, the US driving cycles are much more aggressive and transitory than the European one. Do you think it will be an impediment in the progression of Bentley in US to have a higher fuel consumption than competitors?