The Renault F1 Power Unit at the Austrian Grand Prix

The Spielberg circuit consists of four long straights, meaning the ICE runs at full throttle for over 60% of the lap. This figure is comparable with Spa and Monza. 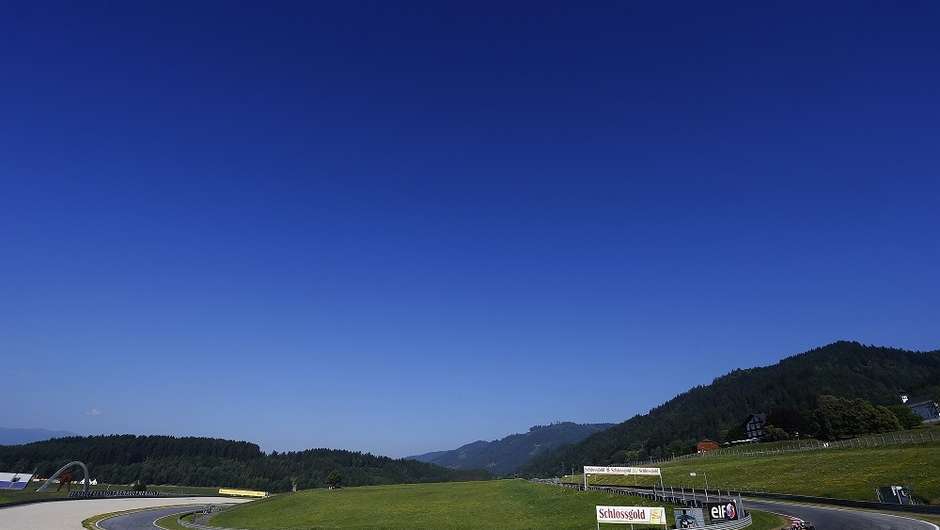 The longest straight is the 800 m drag from Turn 1 through to Turn 2. The circuit falls slightly downhill from the first corner before climbing back up. The fluids in the internals of the ICE will be ‘squashed’ when the car drops and then unloaded when the car crests the hill.

The straight from Turn 2 to Turn 3 sees the circuit descend once again. With the car carrying extra momentum, speeds peak at over 320 kph just before the braking point to Turn 3.

Correct drive and response on the exits of the corners is critical since five of the nine corners are followed by a long straight. Any hesitation from the turbo will compromise acceleration and, ultimately, lap time.

One of the main challenges of Austria is the high altitude. The circuit is around 700 m above sea level, and oxygen content will be around 7% less. The turbo will therefore have to spin at a much higher rate to produce the same amount of power to compensate for the low ambient pressure.

There are really only seven corners at the Red Bull Ring, which will not give the MGU-K many opportunities to recover significant energy under braking. However teams will need the MGU-K to feed the ICE with extra power down the straights, so making efficient use of the little energy recovered will be extremely important.

The hardest braking spot on the circuit is Turn 2. The drivers will approach the blind entry in excess of 300 kph and brake down to second gear and around 65 kph. The circuit drops away after the apex so the driver is immediately on the throttle to maximize the acceleration onto the straight.

The other big stops on the lap are Turn 1, 3 and 9. Each of the corners is taken at an average of 120kph and either third or fourth gear.

The long straights mean the MGU-H has plenty of opportunity to recover energy to store in the battery. With a lap time of around 70 secs, 46 secs (or 65% of the lap) is spent at full throttle.

The flowing complex at the back of the circuit from Turns 4 to 7 is taken at an average of 200 kph and between fourth and sixth gear. The driver feeds in the throttle to keep the momentum going and roll into the corners. This generates a steady stream of exhaust, which the MGU-H will recover to feed back to the battery or ICE directly.