Volkswagen will be presenting two new electric cars at the International Motor Show (IAA) in Frankfurt (10th to 22nd September): the e-up! and e-Golf. This means that the carmaker is transitioning two high-volume production models to the age of electric mobility. Both cars have the following standard features: automatic climate control with parking heater and ventilation, radio-navigation system, windscreen heating, LED daytime running lights and, in the e-Golf only, the Volkswagen brand’s first use of LED headlights. The e-up! consumes 11.7 kWh of electricity per 100 km – this makes it the new world champion in efficiency. The e-Golf, positioned two segments higher, attains the value of 12.7 kWh. Given an electricity price of €0.258 per kWh (Germany, as of 31st July 2013), driving 100 km with the e-up! costs €3.02, and with the e-Golf it is around €3.30.

The e-motors, gearboxes and lithium-ion batteries of the e-up! and e-Golf are developed in-house, and they are manufactured in large Volkswagen component plants in Germany. 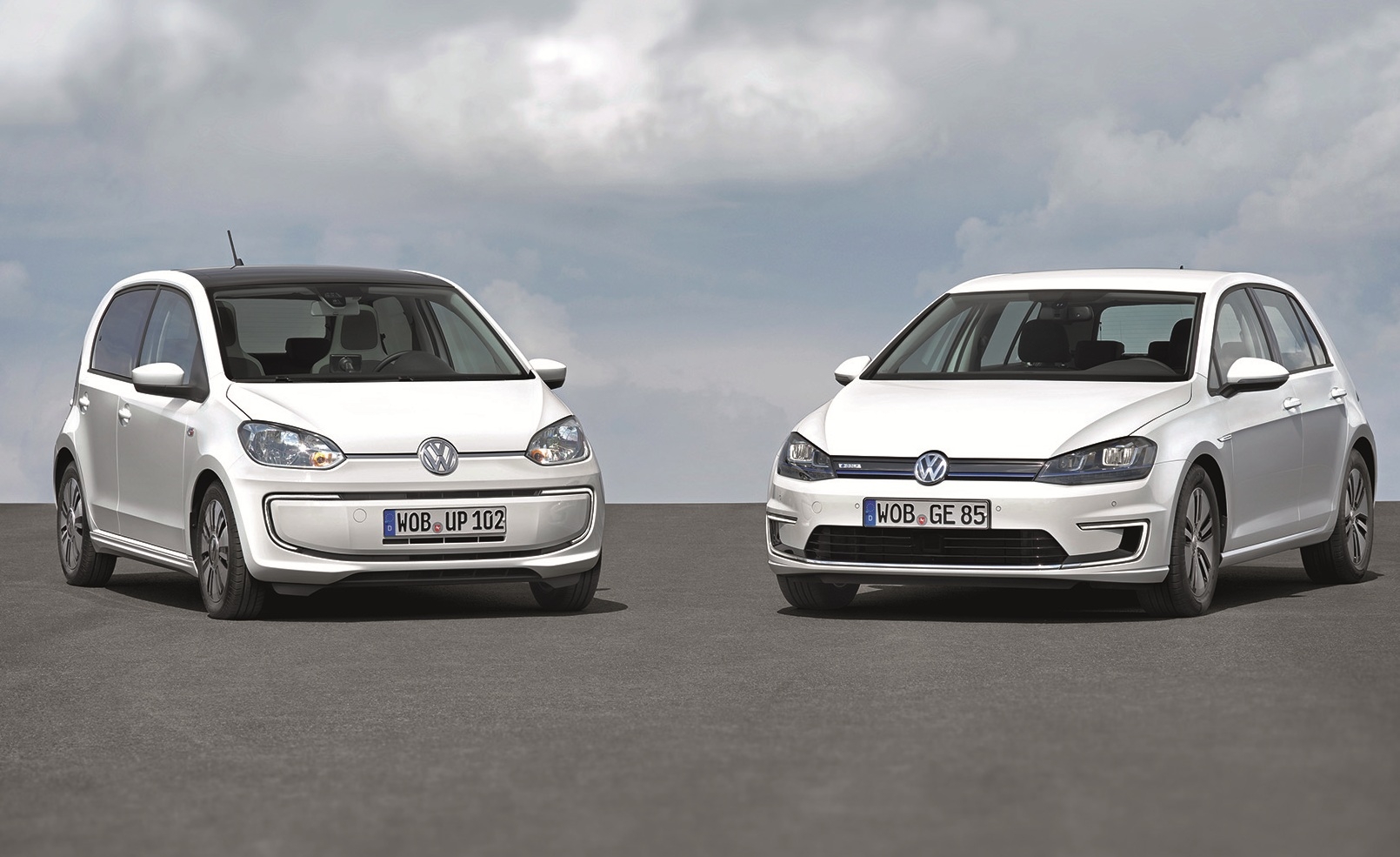 The e-Golf, which is being presented in a world premiere in Frankfurt, is driven by a 85 kW/113 hp electric motor. The motor produces its maximum drive torque of 270 Nm as soon as it starts off. Hence, the front-wheel drive e-Golf reaches 100 km/h in 10.4 seconds. On a motorway, the speed of the five-seat front-wheel drive car is electronically limited to 140 km/h.

The e-up! can drive 160 km on one battery charge (18.7 kWh), while the e-Golf with its larger battery (24.2 kWh) has a range of 190 km. In both models, two driving modes (“Eco”, “Eco+”) and four regenerative braking modes (“D1”, “D2”, “D3” and “B”) help to extend maximum ranges. In Germany, studies by the Federal Ministry for Transport, Building and Urban Development found that around 80% of all car drivers in Germany drive fewer than 50 km daily.

The fastest CCS charging stations (direct current) shorten the time needed to charge the battery of an e-up! or an e-Golf to 80% capacity to around half an hour.

Presenting demonstrators during auto shows is good for brand image. However I think that Volkswagen is quite late in the electric vehicles race compared to Tesla Motors or Renault. It is not critical now as the volumes of electric vehicles are pretty low. But I think that in 10 years, when volumes will be significant, Renault for example will have a competitive advantage in terms of technology compared to VW. What is your opinion about this?