The system was invented in 1955 and used on the first Ford Consul. The MacPherson suspension is a technology for front and rear suspension. It is an independent suspension type, including a single suspension arm (spring and damper), an anti-roll bar and a lower arm. The junction between sprang and unsprang masses is carried by a ball joint on the wheel side and a side frame axis (to allow different suspension settings). The system spring – damper is attached to the hub carrier. This arm is also used as steering axis. 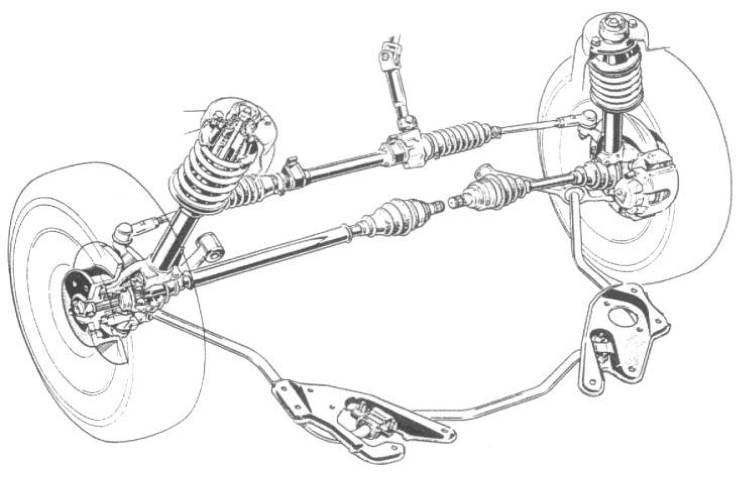 The damper has two missions, dampen relative movement between the wheel and the body and participate in the kinematics of the wheel plane via the anti-roll bar and the lower arm. The damper rod has a larger diameter (25mm) than a damper (14mm) used in other suspension types.

The difference between a “real” MacPherson and a Pseudo MacPherson suspension is the addition of a lower wishbone. Thus, the guidance of the wheel plane is no longer provided by the lower arm and the anti-roll bar but by the lower wishbone. The advantage of the Pseudo MacPherson is that you can choose to not use an anti-roll bar. This reduces production costs and the weight of the suspension. For light vehicles, the spring stiffness may be sufficient to ensure proper maintenance of the body roll. If an anti-roll bar exists, then it is attached to the spring-damper via a rod (see illustration). 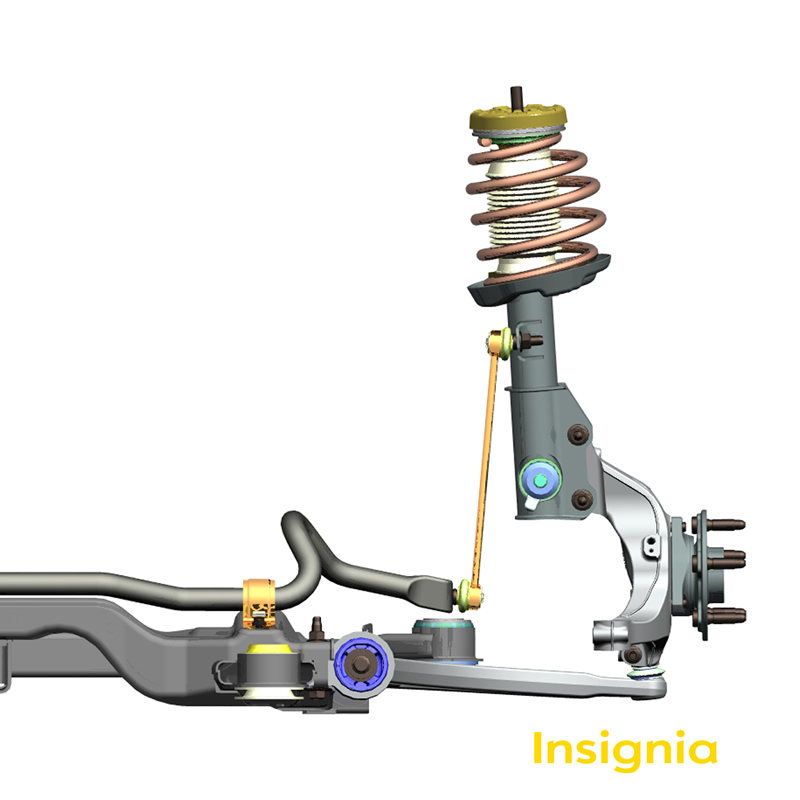 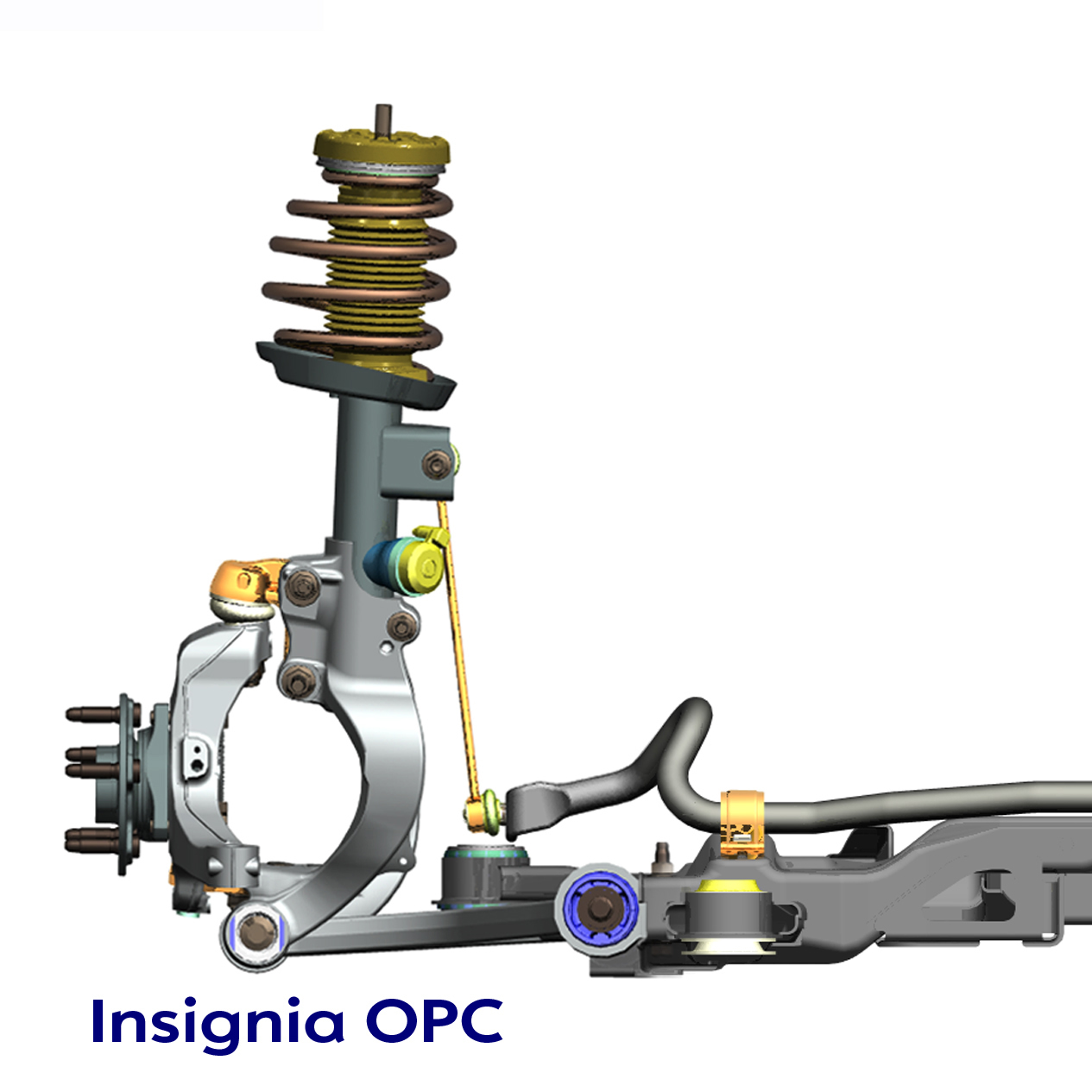 As you can see above, the hub carrier is no longer attached to the damper but linked to two ball joins. Thus, the spring – damper system is no longer used as steering axis.

The Pseudo MacPherson suspension is the best compromise between cost and performance. This suspension is one of the most used in the vehicle segments B1 (iQ Toyota, Renault Twingo, etc …), B2 (Renault Clio, Skoda Fabia, … etc) and even M1 (Audi A3, Mazda 3, etc …).