The Nissan 350z is a great car for people looking for an entry point into the world of tuning and drifting. It is an accessible option due to its low price and adaptability to all kinds of mods, including advanced aftermarket exhaust systems. To help you pick a great exhaust for your Nissan 350z, we END_OF_DOCUMENT_TOKEN_TO_BE_REPLACED

What makes a great Subaru engine? A great Subaru engine blends power, performance, and reliability in a way that lets the vehicle live up to its fullest potential. Figure 1: A Subaru FB20 engine. Source: Autoblog. Subaru engines are known for the top-notch quality of their OEM parts. Years of research and experimentation have gone END_OF_DOCUMENT_TOKEN_TO_BE_REPLACED

Today we’ll be looking at the best BMW tuning services out there. If you’re looking to push your BMW to the max and churn out more horsepower and torque than you ever thought possible, this article is for you. Figure 1: A BMW 8-Series G14/G15, tuned by Hamann Motorsports. It’s the perfect fusion of optimal END_OF_DOCUMENT_TOKEN_TO_BE_REPLACED

In this article we shortlisted some of the best tuners available for Ford’s F-150 EcoBoost models today. To understand tuners, we first need to talk a bit about a vehicle’s ECU. Drivetrains of modern vehicles are electronically controlled by software logic maps stored inside the vehicle’s ECU (read: brain). These logic maps, called tune files, END_OF_DOCUMENT_TOKEN_TO_BE_REPLACED

This article explores the best chip tuning box kits (also known as “piggyback tuners”) to unleash the hidden potential of your Porsche. Because if there’s one thing we know about that famous German engineering, it’s that they’re always pushing the limits of what’s possible on the track. Figure 1: A RaceChip GTS Black Tuning Box END_OF_DOCUMENT_TOKEN_TO_BE_REPLACED 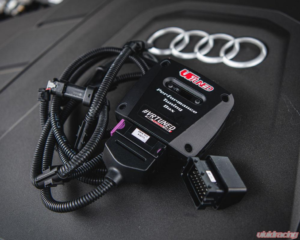 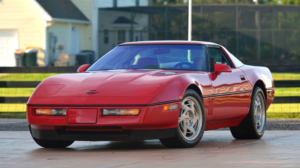 Chevrolet Corvettes are widely known in the automotive world for being some of the most affordable sports cars ever conceived. Known to many drivers simply as the “Vette,” the Chevy Corvette has gone through 8 design generations in its over 60-year history. Figure 1: A 1973 Chevrolet Corvette 454 that sold at auction for $44,000. END_OF_DOCUMENT_TOKEN_TO_BE_REPLACED 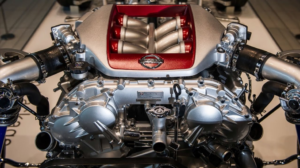 Throughout automotive history, the V6 engine has often gotten the short end of the stick. Up until the 1970s or so, V6s were generally overshadowed by bigger, brawnier cousins like V8 engines. The original V6 engines, even relative to their own time, had trouble putting out enough horsepower and torque to really catch anyone’s eye. END_OF_DOCUMENT_TOKEN_TO_BE_REPLACED

The Chevrolet 350 engine is a small-block V8 engine known around the world for its durability, performance, and smooth, quiet operation. It has earned its reputation as one of the most popular, sought-after, and overall best engines of the 20th century. It has become the standard bearer for all Chevy small-block engines. Figure 1: Seen END_OF_DOCUMENT_TOKEN_TO_BE_REPLACED

BMW automobile owners are known to have some pretty strong opinions as to the best engines for their vehicles. Some prefer the classics, while others want all the power and torque today’s modern technology can muster. Today, we’ll look at some of the best and most famous BMW engines throughout the company’s storied career. A END_OF_DOCUMENT_TOKEN_TO_BE_REPLACED 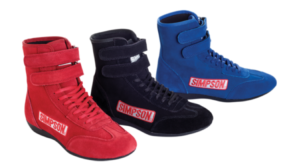 A couple of Sparco racing shoes. Source: Speedway Motors. They come in a wide variety of colors, including red, blue, and black. Quick disclaimer: by “racing shoes” we mean shoes to wear in a racecar. We’re not talking about running shoes here. Totally different thing. Racing shoes are made for drivers who take their car END_OF_DOCUMENT_TOKEN_TO_BE_REPLACED

A modified Mazda MX-5 Miata. Source: Bring A Trailer. By “tuner car” we mean a vehicle that is particularly well suited to modification. Of course, you can tune any car in any way imaginable if you just put your mind to it. But some cars are built in a very specific way—even the slightest modification END_OF_DOCUMENT_TOKEN_TO_BE_REPLACED

Have you ever thought about getting a tune up for your vehicle? If so, you may wish to consider dyno tuning. Dyno tuning is one of the best and most popular ways to optimize your vehicle’s performance and tune it to exactly the specifications that work for you. If you want to skip straight to END_OF_DOCUMENT_TOKEN_TO_BE_REPLACED 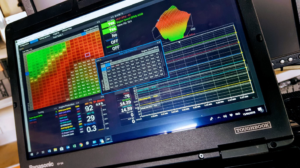 ECU tuning, also known as “chip tuning,” refers to the process of reprogramming a vehicle’s electronic control unit or ECU. ECU tuning allows you to optimize your vehicle’s performance in a number of different areas, from fuel efficiency to increased power output or even better emissions standards. A Fabspeed ECU upgrade chip for the Ferrari END_OF_DOCUMENT_TOKEN_TO_BE_REPLACED

A Turbo Back Exhaust system on a 991.2 Carrera. Source: Soul Performance Products. Today’s article is all about Porsche exhaust systems. We’ll be looking at both the factory exhausts and some notable aftermarket options. Exhausts are an essential feature of a good sports car. A minor detail, some people may think? Not at all. Just END_OF_DOCUMENT_TOKEN_TO_BE_REPLACED

What are the Best Michelin Tires for SUVs and Light Trucks: Technical Review