Flexibility, which means it can be integrated in a wide range of different vehicle concepts, makes rapid deployment of this plug-in hybrid drive technology in the BMW model range a feasible and realistic proposition. The BMW 3 Series plug-in hybrid prototype provides a first taste of the efficient driving which the world’s most successful premium sedan will maybe offer.

Combining a four-cylinder TwinPower Turbo petrol engine from the new EfficientDynamics engine family with an electric motor, the BMW 3 Series plug-in hybrid prototype offers standards of sporty performance on a par with a conventionally powered BMW 3 Series six-cylinder model, combined with a reduction in fuel consumption. Its plug-in hybrid drive system has a combined output of approximately 245 hp and maximum combined torque of approximately 400 Newton meters (295 lb-ft). Average fuel consumption and CO2 emissions are approximately 2 liters/100 km (140 mpg) and 50 g/km respectively. In all-electric mode, the prototype is capable of a top speed of 120 km/h (74.5 mph), and has a driving range of approximately 35 kilometers (22 miles). 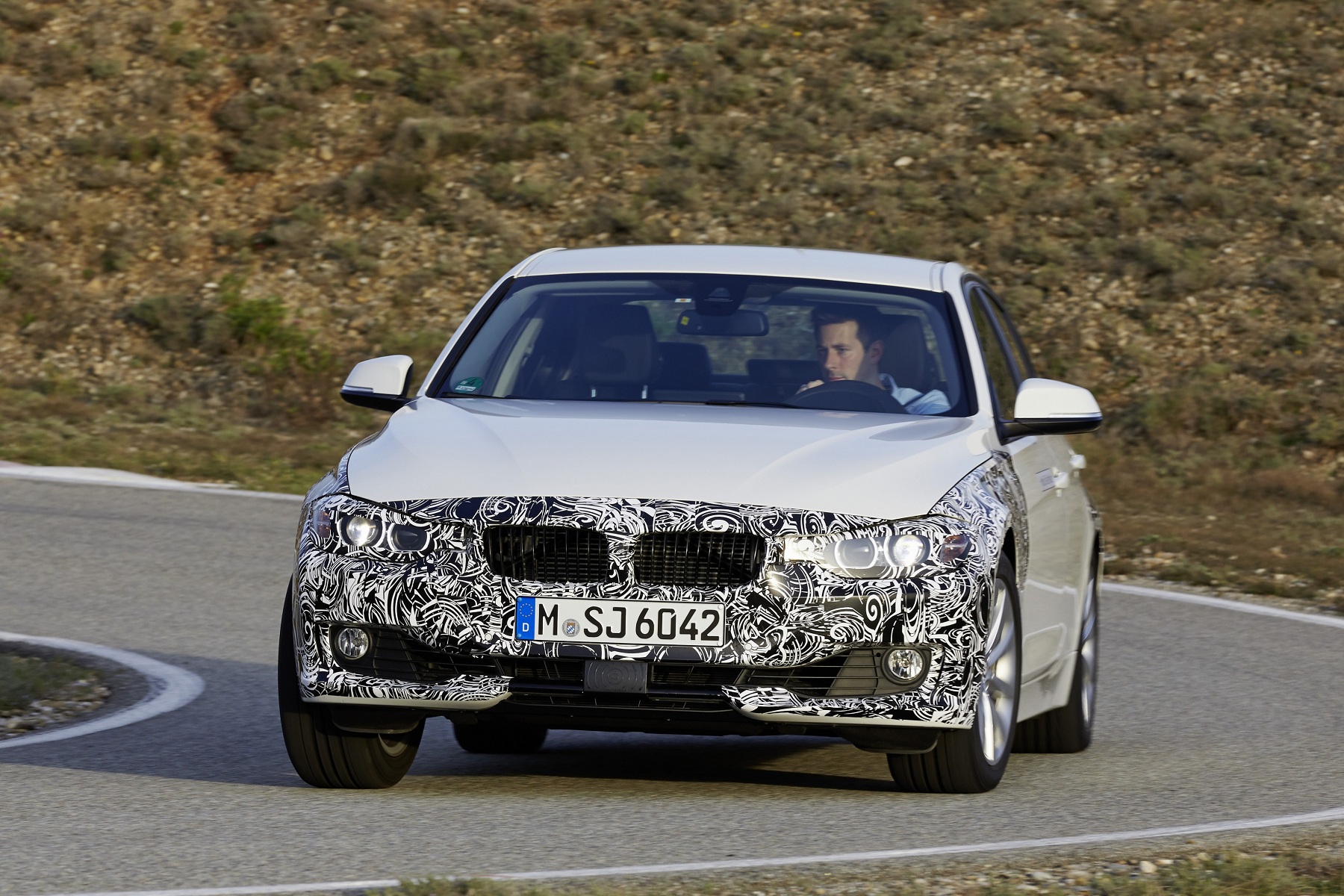 The internal combustion engine used in the BMW 3 Series plug-in hybrid prototype is based on a TwinPower Turbo four-cylinder petrol engine that has already twice been voted “International Engine of the Year”. The plug-in hybrid prototype also features an electric motor and power electronics which are directly based on the BMW eDrive technology of the BMW i3 and BMW i8 models. The motor is powered by a lithium-ion battery which, together with the battery management system and direct cooling system, are likewise rooted in the experience and know-how amassed during development of the BMW i models. The battery can be recharged at any household power socket and is mounted in a particularly crash-safe position underneath the load compartment. 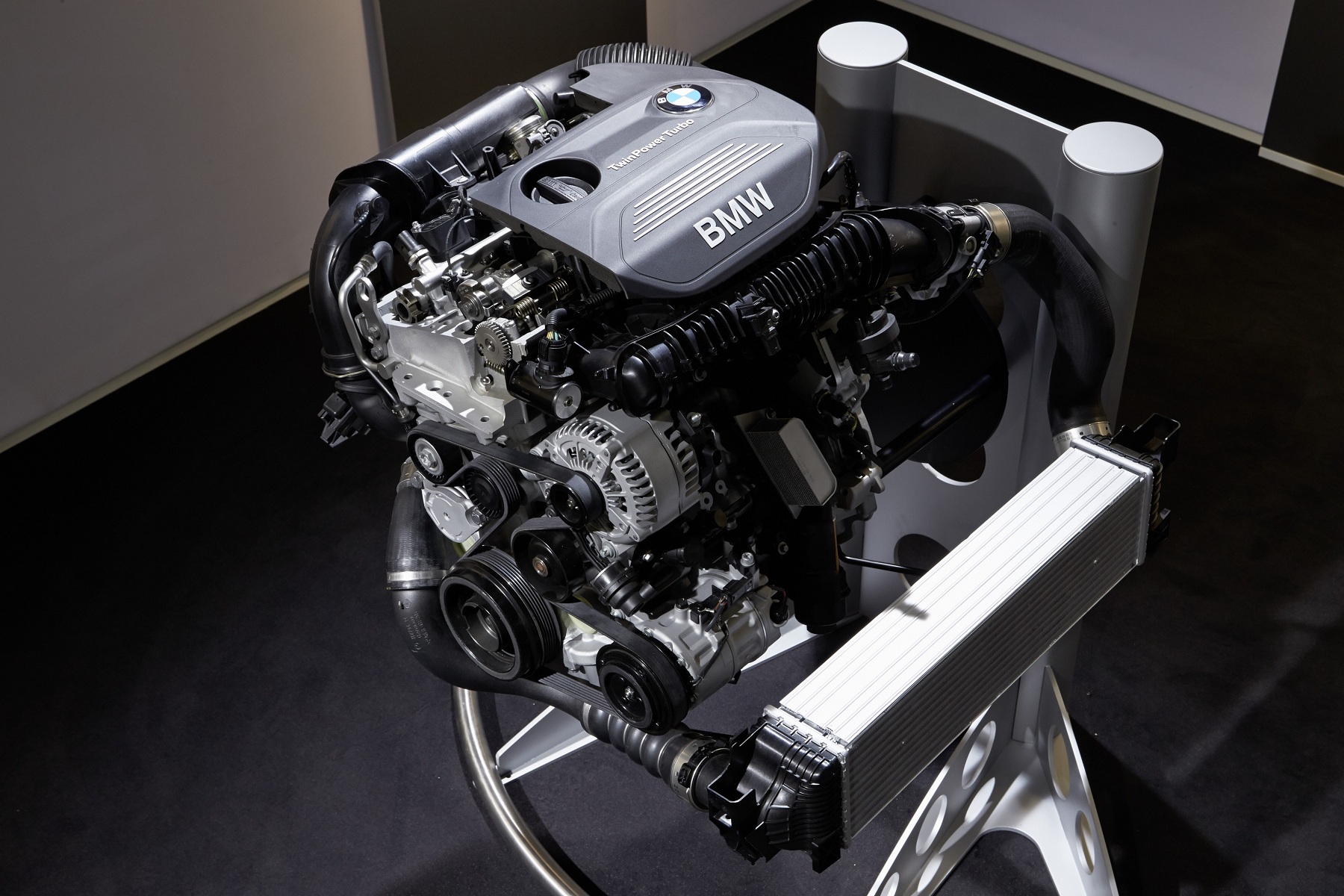 The power electronics form a single integrated system that drives the electric motor, via a liquid-cooled inverter, manages the energy flow from the high voltage battery to the on-board electrical systems and provides centralized control of hybrid-specific functions. The drive torque from engine and electric motor is supplied to the rear wheels of the BMW 3 Series plug-in hybrid prototype via an 8-speed Steptronic transmission which – as on conventionally powered BMW models – makes its own additional contribution to the efficiency of the overall drive system. 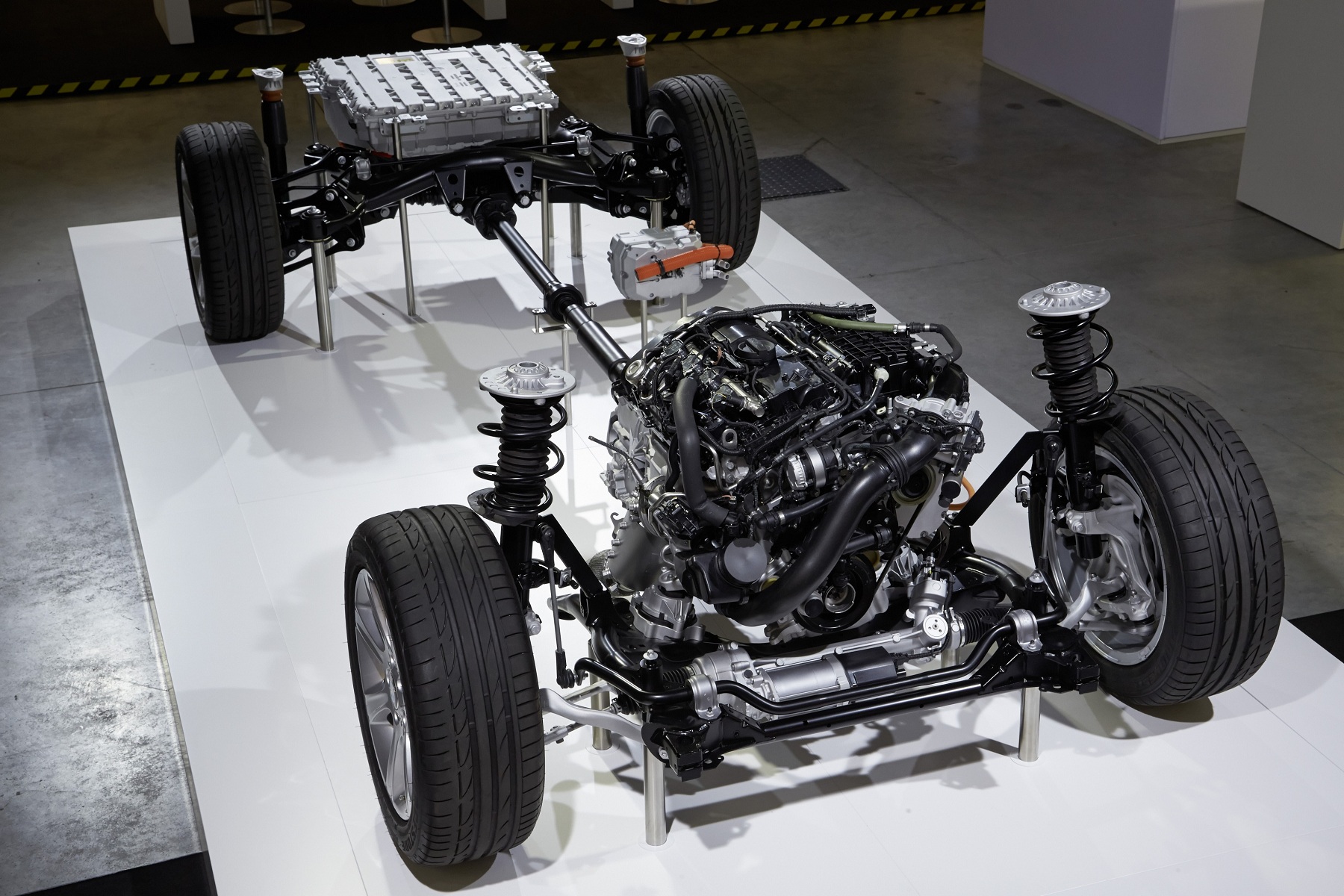 Nowadays, the potential integration of a plug-in hybrid system is taken into account at all stages in the development of new models of the BMW and MINI brands. Amongst other things, this ensures that future hybrid versions offer the same level of practicality as the base models. For example, there is a minimal reduction in boot space in the BMW 3 Series plug-in hybrid prototype compared with a conventionally powered BMW 3 Series Sedan, while the interior configuration possibilities – e.g. with the folding rear seatback – are unchanged.

Like the current production models, the BMW 3 Series plug-in hybrid prototype is fitted with a Driving Experience Control switch, which is mounted on the center console. This can be used to select different vehicle settings to suit varying requirements and situations. Three different modes are available: COMFORT, SPORT and ECO PRO mode. Each features different suspension settings, different shift characteristics for the 8-speed Steptronic transmission, and a different hybrid operating strategy.

In COMFORT mode, which balances comfort and efficiency on the one hand with BMW dynamic performance on the other, the electric motor’s control strategy is geared to relaxed, fuel-efficient driving. In tandem, the electric motor and internal combustion engine can also deliver high levels of power and performance when required. SPORT mode, meanwhile, is aimed at maximized performance, harnessing the full combined output of the engine and the electric motor. In this mode, engine and motor are both on stream at all times, ensuring instantaneous response to all accelerator commands. Finally, in ECO PRO mode, the accent is on harnessing the full efficiency potential of electrification. Intelligent hybrid functionality allows the electric motor and internal combustion engine to work in tandem to maximize overall system efficiency. Efficient energy management is enhanced by variable control of the electric comfort functions such as air conditioning, seat heating and exterior mirror heating, which always operate at the appropriate power level. This likewise helps to maximize the vehicle’s range.

At the press of a button, the driver can choose between different plug-in hybrid modes. The MAX eDrive mode provides all-electric, zero-local emission propulsion. Selecting the SAVE Battery mode keeps the battery at a constant state of charge. If the battery is less than 50 percent charged, the charge level is increased. In this way drivers can ensure they have enough power in reserve to operate in all-electric mode on a later, urban section of the journey. 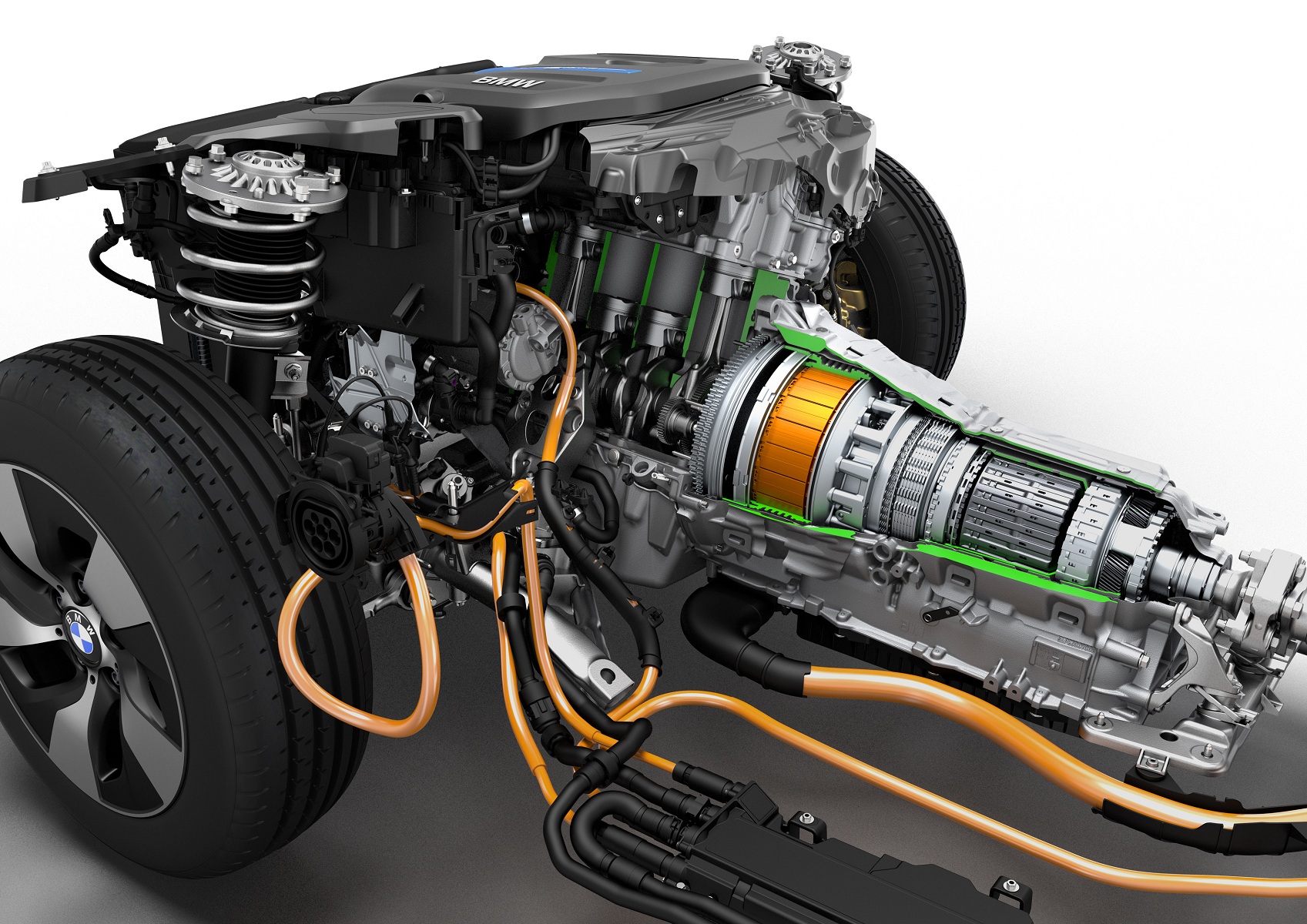 This function marks the most extensive and advanced integration to date of BMW EfficientDynamics and BMW ConnectedDrive. Whenever the navigation system is in operation, the hybrid Proactive Driving Assistant collates all the available information about the upcoming route and relays this to the powertrain controller. This information comprises both static data from the interactive map, for example about speed restrictions and gradients, and also real-time information on current traffic conditions (Real Time Traffic Information – RTTI). The proactive energy management system then breaks the route down into its component parts, including low-speed sections, last lap sections and gradients, before computing a proactive, route-specific strategy for managing the electric drive power right through to the specified destination.