Best All Terrain Tires for the Highway: Reviews and Recommendations

Best Tires for Honda CR-V: Review Both New and Used

At the heart of e-NV200 is its 80 kW AC synchronous electric motor and lithium-ion battery, the drivetrain that was originally developed for Nissan LEAF. Following the lead set by the second generation LEAF, introduced in 2013, e-NV200 uses the latest development of the electric motor that unites the battery charger and inverter with the motor itself to create a single ‘stack.’

This is mounted in the engine bay and ensures that e-NV200’s cargo area is not compromised. This is an area where the new van has benefitted from development carried out on the new Nissan LEAF. In the original LEAF, the charger and inverter were housed in the luggage area away from the motor, but for the 2013 European-built car they were integrated into a single unit. This single motor, inverter and charger stack is similar in size to an engine block, making its installation simpler and quicker in a factory that produces both combustion engine and EV products. 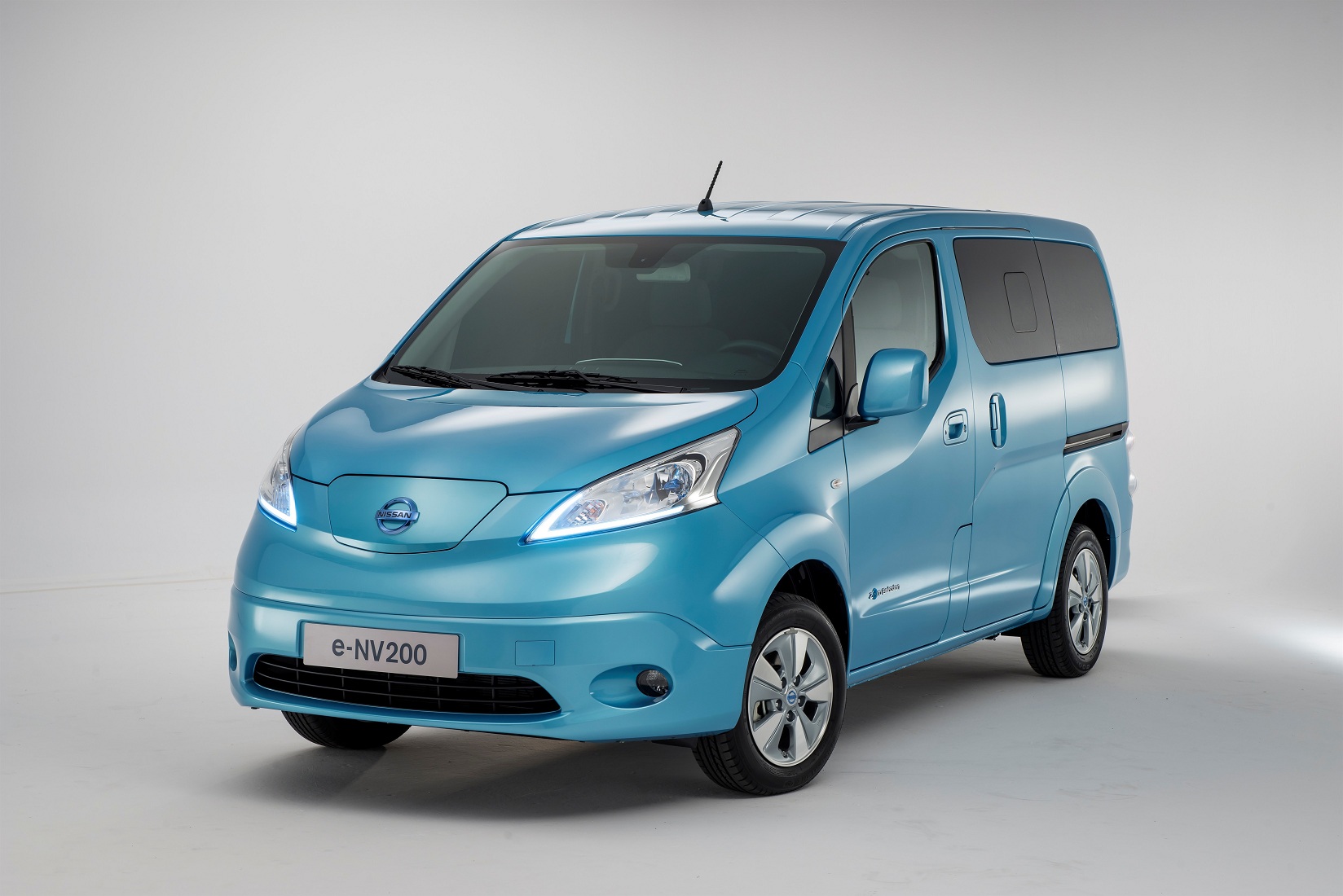 The Nissan e-NV200’s motor is powered by a Nissan-developed 48-module compact lithium-ion battery, just like LEAF, but there are significant differences between the two packs.

Like LEAF, the cells are manufactured at Nissan’s new battery plant in Sunderland close to the NMUK facility, but these are then shipped to Barcelona where they are assembled into a pack specially configured for e-NV200 to avoid encroaching into the cargo area.

Produced in a sterile environment – workers wear special fabric suits and anti-static shoes and undergo an air shower before handling the cells – each battery pack comprises 48 modules with each module holding four cells. The battery pack is shorter and narrower than that in LEAF but, for the most part, deeper. Weighing 267.5 kg, it is also 7.5 kg lighter.

It is mounted under the floor of the vehicle within the wheelbase to keep the center of gravity as low as possible and is contained within in a sturdy metal casing to provide extra protection in the event of a side impact.

As in LEAF, the battery pack comprises 48 modules with a nominal capacity of 24 kWh, but it incorporates a bespoke cooling pack that operates automatically during quick charging.

Due to more compact packaging and because e-NV200’s duty cycle is likely to be quite different to LEAF – it is anticipated that the vehicle will be operated intensively during the working day and there will be greater use of Quick Chargers to minimize down time – cooled air from the vehicle’s heating and ventilation system is channelled over the battery cells to ensure optimum charging conditions at all times.

Conversely, in cold weather, the vehicle’s HVAC system wafts warm air over the battery, again to ensure it reaches its optimum operating temperature as quickly as possible.

Three different methods can be used to recharge the battery. A standard domestic 10 amp power supply can be used to recharge the battery overnight. The vehicle is also compatible with conventional 16 amp chargers, which provide a full charge in 8 hours. In most markets an optional on-board 6.6 kW charger allows the use of 32 amp power supply which halves the charging time to four hours. Even used for a shorter time, a 32 amp supply can provide a significant boost to a partially depleted battery, with a 25 percent increase in charge possible in just one hour.

A Quick Charger can boost battery power to around 80 percent in less than 30 minutes. Over 1,100 of the CHAdeMO compatible chargers are installed across Europe and some private businesses have fitted them at their depots or headquarters for increased flexibility on large fleets of the quick charger compatible Nissan LEAF. 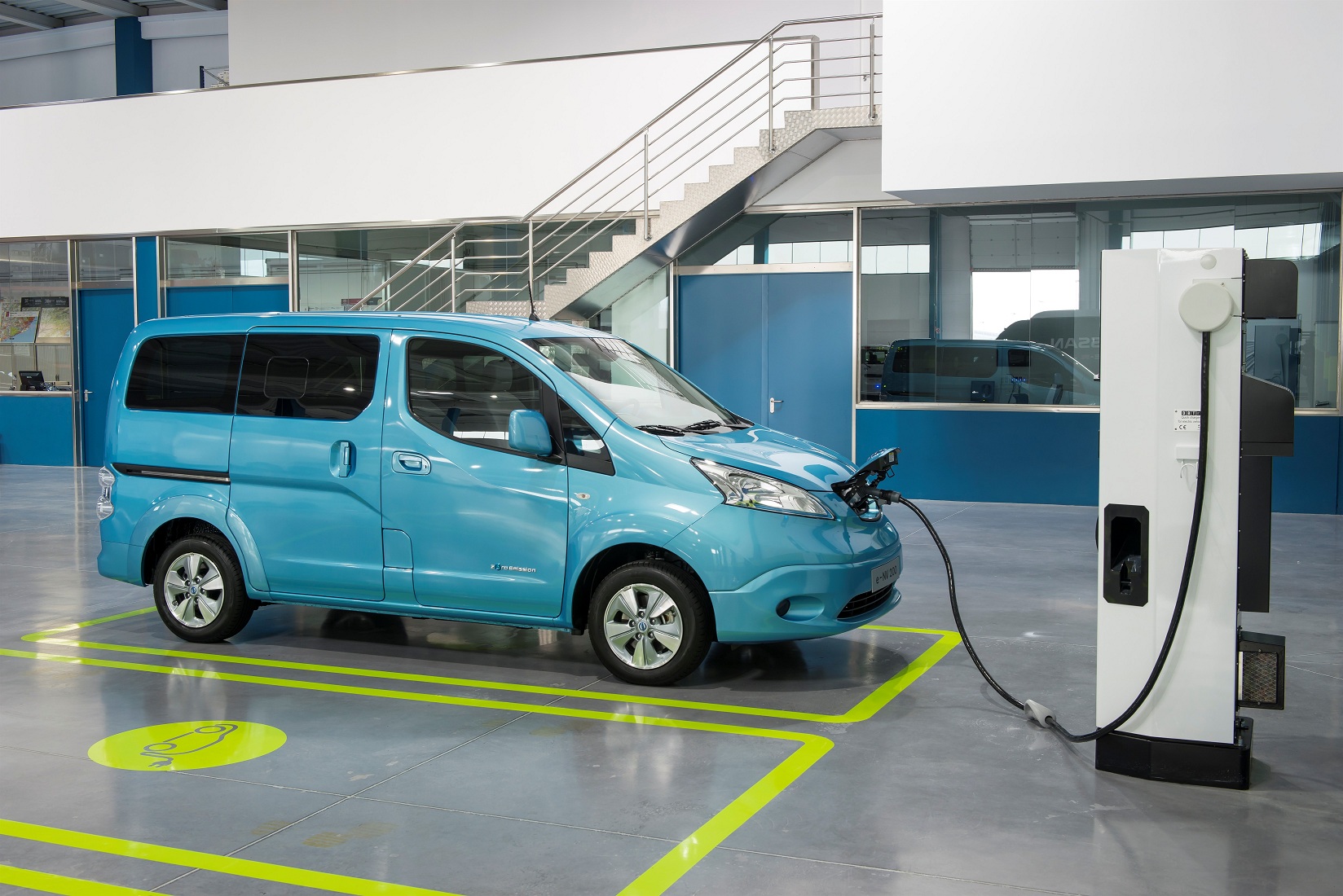 As with LEAF, e-NV200’s charging port is at the front of the vehicle where it can be seen from the driver’s seat. The charger door can be opened remotely via the key fob or via an electric switch in the cabin and there’s a small LED lamp within the assembly to illuminate the sockets at night or in an underground car park.

Security is further enhanced by an electro-mechanical lock, which fixes the cable into the socket when the battery is being charged preventing interference by third parties.

Although the performance from the e-powertrain remains the same as LEAF – maximum power is 80 kW, with a peak torque of 254 Nm – there are changes between the two that reflect the different usage pattern between LEAF and Nissan’s new LCV.

As e-NV200 is likely to spend much of its working life in the city and built-up areas the reduction ratio has been changed to provide better acceleration – e-NV200 actually accelerates more quickly than the diesel-powered NV200 – while software changes have been made to the Energy Saving Control (ESC) to help maximize the battery’s potential range.

By limiting maximum speed when the battery charge is running low to 100 km/h, ESC adds 4 km of highway driving to the vehicle’s range. The system operates automatically when the “low fuel” warning lamp comes on.

The four-mode single-speed automatic transmission provides more opportunities for economy driving. As e-NV200 is likely to be piloted by different drivers during a shift, some of whom might also drive a conventional vehicle during the day, a standard automatic-style shifter is used for familiarity rather than the “computer-mouse” controller found in LEAF. The shift-by-wire controller has positive short stroke actions.

In use, however, the transmission operates in exactly the same way as it does in LEAF. In D mode, instant throttle response results in brisk acceleration while ECO mode alters the throttle mapping for smoother, more linear, acceleration. Both D and ECO modes have a B setting that delivers more aggressive regenerative braking when coasting. 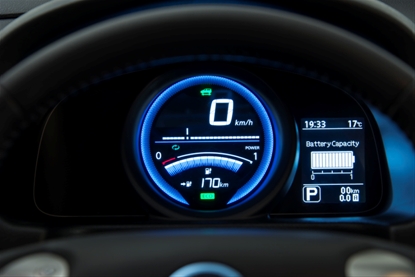 Changes to the reduction ratio result in a maximum speed of 120 km/h (LEAF: 145 km/h), but 0-100 km/h takes 14 seconds, which compares to the 14.5 seconds recorded by the 1.5l dCi NV200. A more relevant indication of the vehicle’s performance comes thanks to the powertrain’s high level of torque which means e-NV200 can tackle a 30 percent gradient even when fully loaded. Maximum payload is 770 kg and the NEDC range is 170 km.

The range is anticipated to be sufficient for target businesses with 35 percent of commercial vans never driving more than 120 km in a single day. In Europe alone, this market is 200,000 new vans per year and all those vans could become electric overnight. This market exists without even needing a public charging network, with driving needs covered by an overnight charge.

Best All Terrain Tires for the Highway: Reviews and Recommendations