Design and aerodynamics of the Renault Sport R.S. 01

Like all the Renault vehicles designed under the management of Laurens van den Acker , Renault Sport R.S. 01 displays a prominent logo, the key feature on the front end. The vehicle’s width of 2,000 mm – for a height of 1,116 mm – is reinforced by the signature of the LED daytime-running lights positioned along the brake cooling scoops. 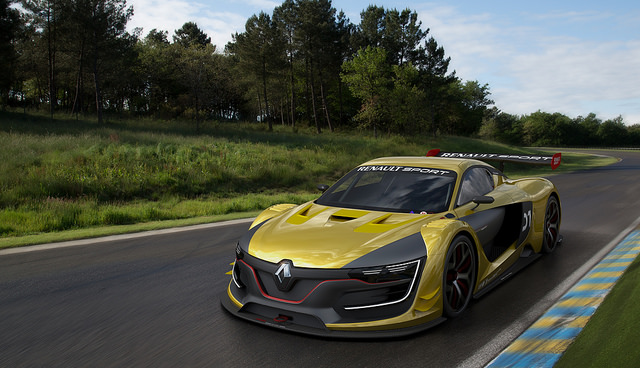 At the centre of the grille, the air is “sucked in” and channeled by the stem of the chassis towards the two water coolers. It is then expelled through the extractors positioned on the hood. The negative pressure thereby created increases downforce at the front of the car. The large blade of the lower splitter and the stepped flat bottom also contribute to aerodynamics at the front. The two fins on the side of the bumper generate vortices that limit the turbulence of the rotating wheels.

Looking beyond the adjustable fin, the rear diffuser “pushes” Renault Sport R.S. 01 to the track, extracting the air flow sweeping under the flat bottom. This system creates no drag and so does not penalize top speed. The diffuser is topped by a twin exhaust and LED lights, completing the original light signature that extends across the width of Renault Sport R.S. 01 almost in its entirety. 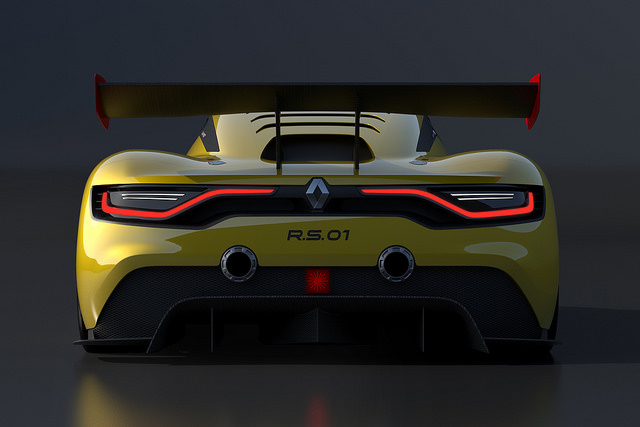 Technical caracteristics of the R.S. 01

The semi-stressed engine is bolted to the carbon monocoque chassis on the distribution side, and to the roll cage at the top. Prepared by Nismo, the 3.8L V6 twin-turbo engine is derived from the Nissan GT-R. The main change in relation to the production model is the dry sump oil system intended to prevent oil surges during long corners. The Pectel electronic unit features a traction control function.Turbo pressure is set to deliver over 500 hp with maximum torque of 600 N.m. This positions Renault Sport R.S. 01 between a GT3 and a DTM in terms of performance.

The Nismo engine is mated to a longitudinal seven-speed gearbox supplied by Sadev. With an eye to budget management, the same gear ratio sets will be used for all tracks. However, it will be possible to adjust the preload setting of the self-locking differential.Activated by steering-wheel paddles, the sequential control system is managed by an XAP electromagnetic actuator. Developed specially by ZF Race Engineering, the clutch features an anti-stall function and is designed for an extended service life.

Suspensions, braking and tires of the Renault Sport R.S. 01

Grip is provided primarily by aerodynamic downforce and this is reflected in suspension design. In the same way as on sports prototypes, a conventional double wishbone layout has been adopted with pushrods and Öhlins dampers. Adjustable for compression and rebound, the systems are positioned on either side of the body at the front, and longitudinally above the gearbox at the rear.The braking system combines 380 mm carbon discs from PFC Brakes with six-piston calipers. Renault Sport R.S. 01 is also fitted with Bosch Motorsport ABS. The partner of Renault Sport Technologies for all its motorsport products, Michelin has developed special 18-inch tires, mounted on wheels of original design with central nuts.

The R.S. 01 will compete in the Renault Sport Trophy championship 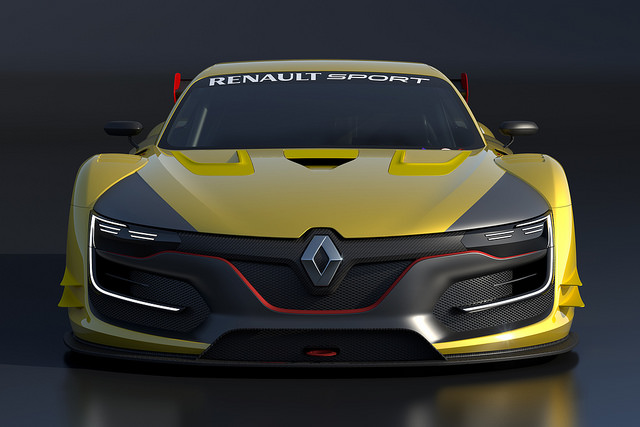 The 2015 season will be open to twenty “Pro-Am” teams, classified according to the rules of the FIA World Endurance Championship (WEC). At World Series by Renault meetings, competitors will be able to maximize their time on the track by taking part in a real monotype championship called Renault Sport Trophy.Track time is currently estimated at more than four hours per car and per driver, over a three-day weekend. Priority will be given to technical fairness, sporting ethics and cost control. The technical definition of Renault Sport R.S. 01 aims for servicing every other season, thus helping to keep running costs down.

Alongside the prize money for the best drivers and teams in each round, Renault Sport Technologies and its partners will be providing particularly attractive end-of-season rewards.The champion in the “Pro” category will have the chance to follow a complete development program (simulator, physical preparation, media training, etc.) prior to taking a rookie test with the official Nismo team for the Super GT in Japan. If he has the qualities required, he will be able to pursue his career in this discipline.A similarly attractive reward will be provided for the “Am” champion, who will have the chance to take part in the 2016 Le Mans 24-Hour event driving an LMP2 prototype.