Euro 6 is a European Union regulation that sets emission standards for vehicles. “Euro 6 will make diesel cars as clean as gasoline cars,” says Dr. Rolf Bulander, the member of the board of management of Robert Bosch GmbH responsible for powertrain technology. The main thrust of the new regulation is to set lower limits for vehicle emissions of particulates and nitrogen oxides. As of September 1, 2014, diesel vehicles may emit no more than 80 mg of nitrogen oxides per kilometer (gasoline vehicles: 60 mg per kilometer). This replaces the previous limit of 180 mg per kilometer. Starting January 1, 2015, all new vehicles sold must meet the Euro 6 limits.

What is the point of European emissions legislation?

Since the Euro 1 regulation was introduced in 1993, emissions from road traffic have been drastically reduced. Advanced automotive technology reduces emissions of substances such as CO2, nitrogen oxides, and particulates. 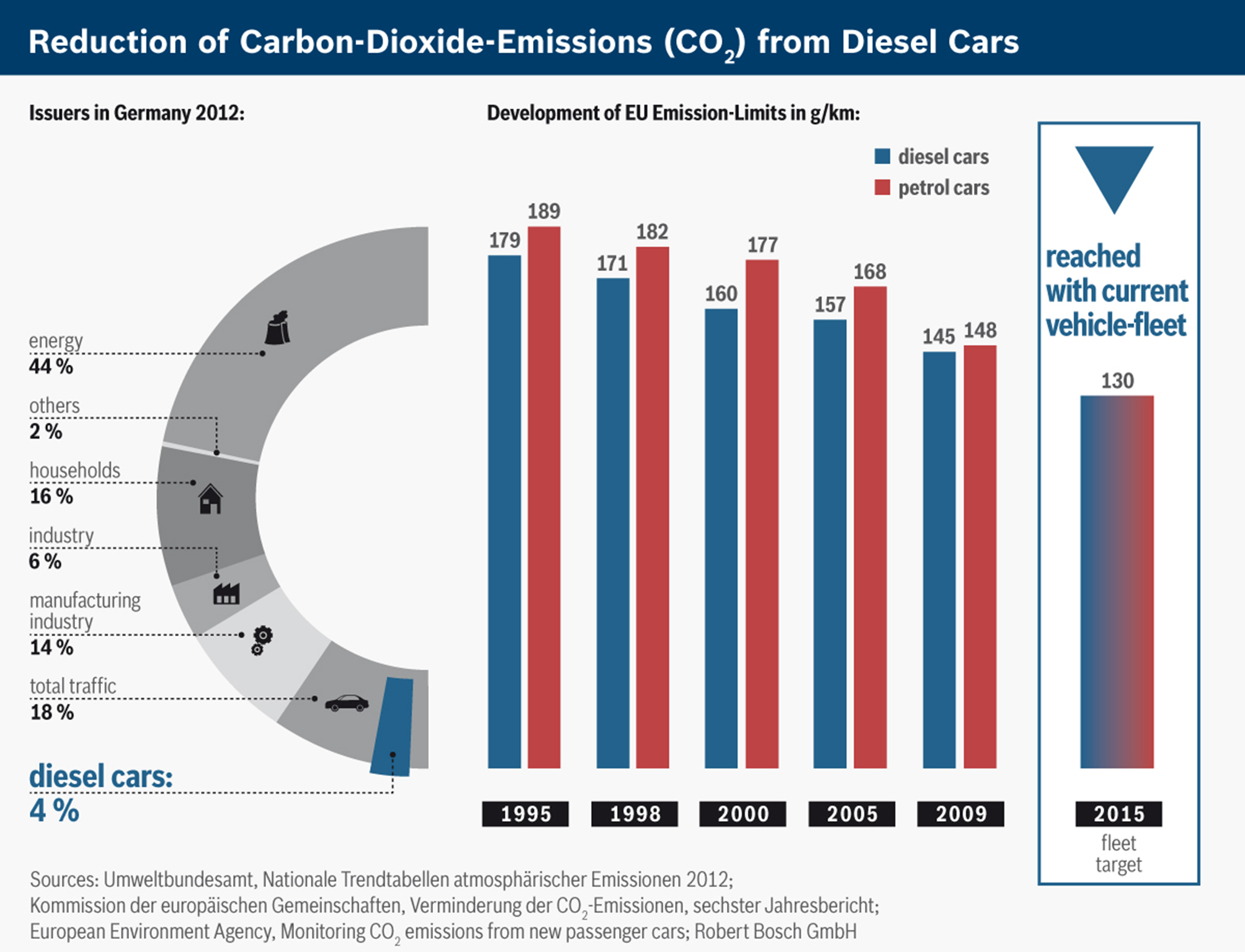 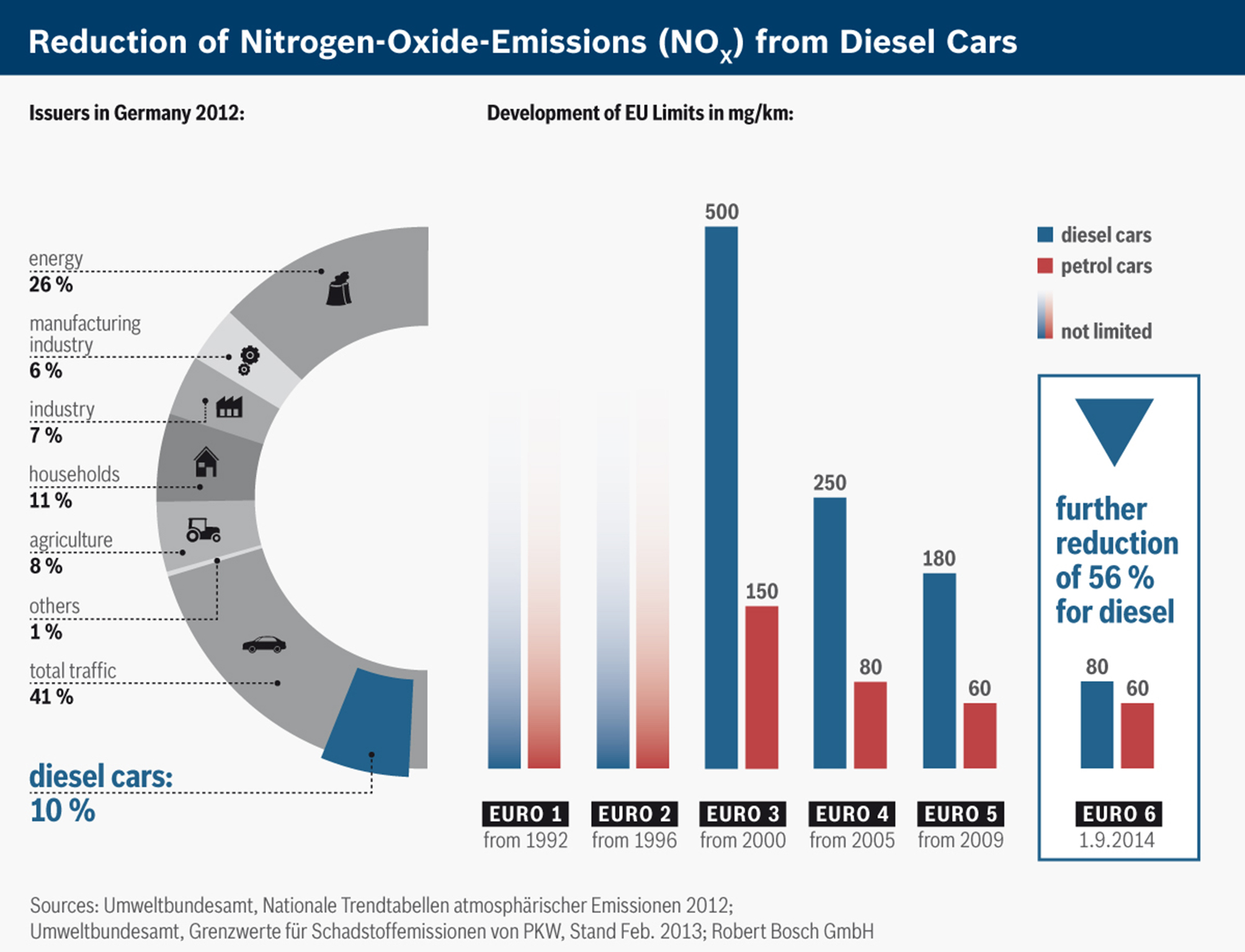 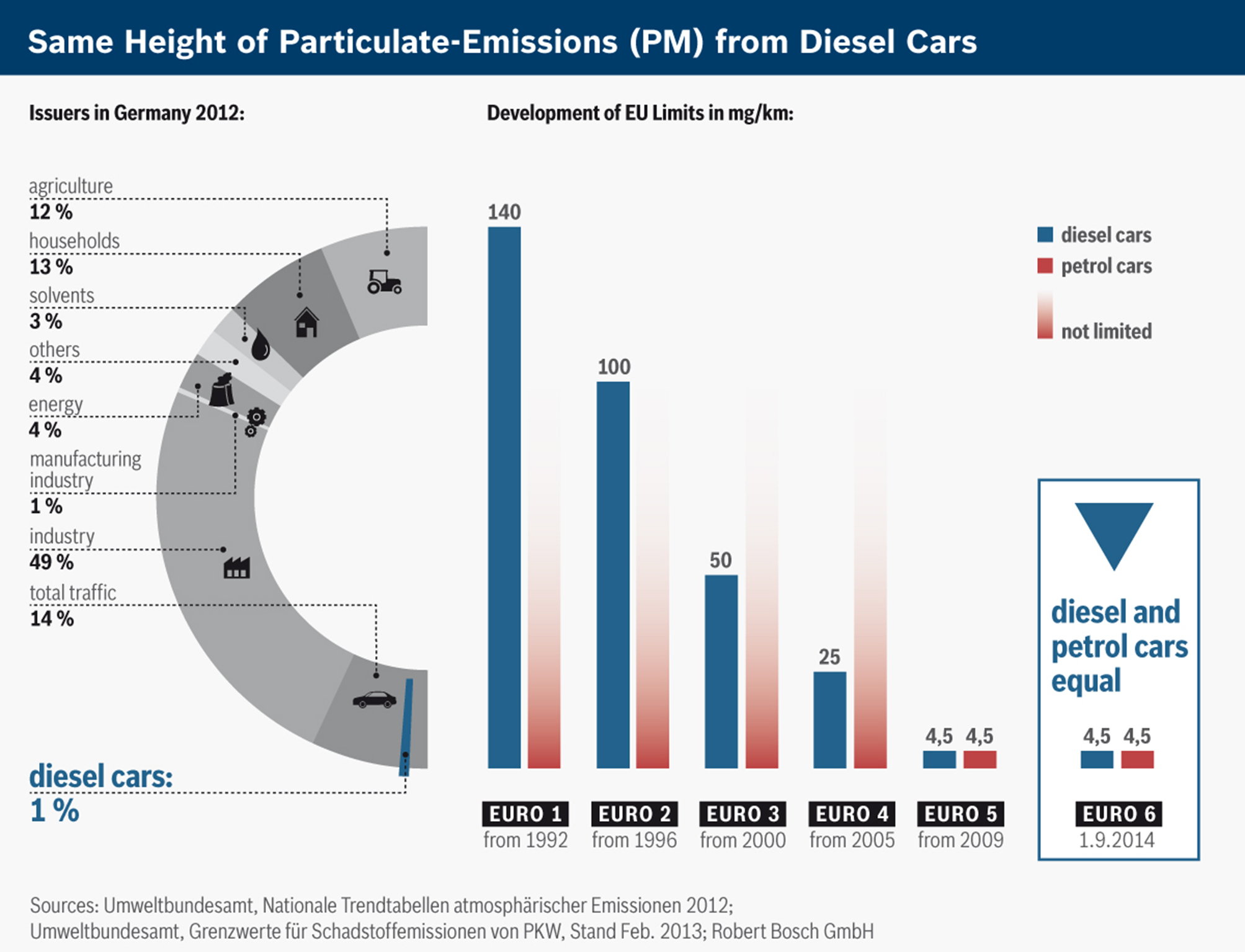 Technical advances in powertrains are also having an effect: since 1990, particulate emissions from diesel engines have been reduced by around 99 percent, while modern diesels emit some 98 percent less nitrogen oxide than comparable vehicles from the early 1990s. As electrification of the powertrain continues to progress, emissions will fall even further. 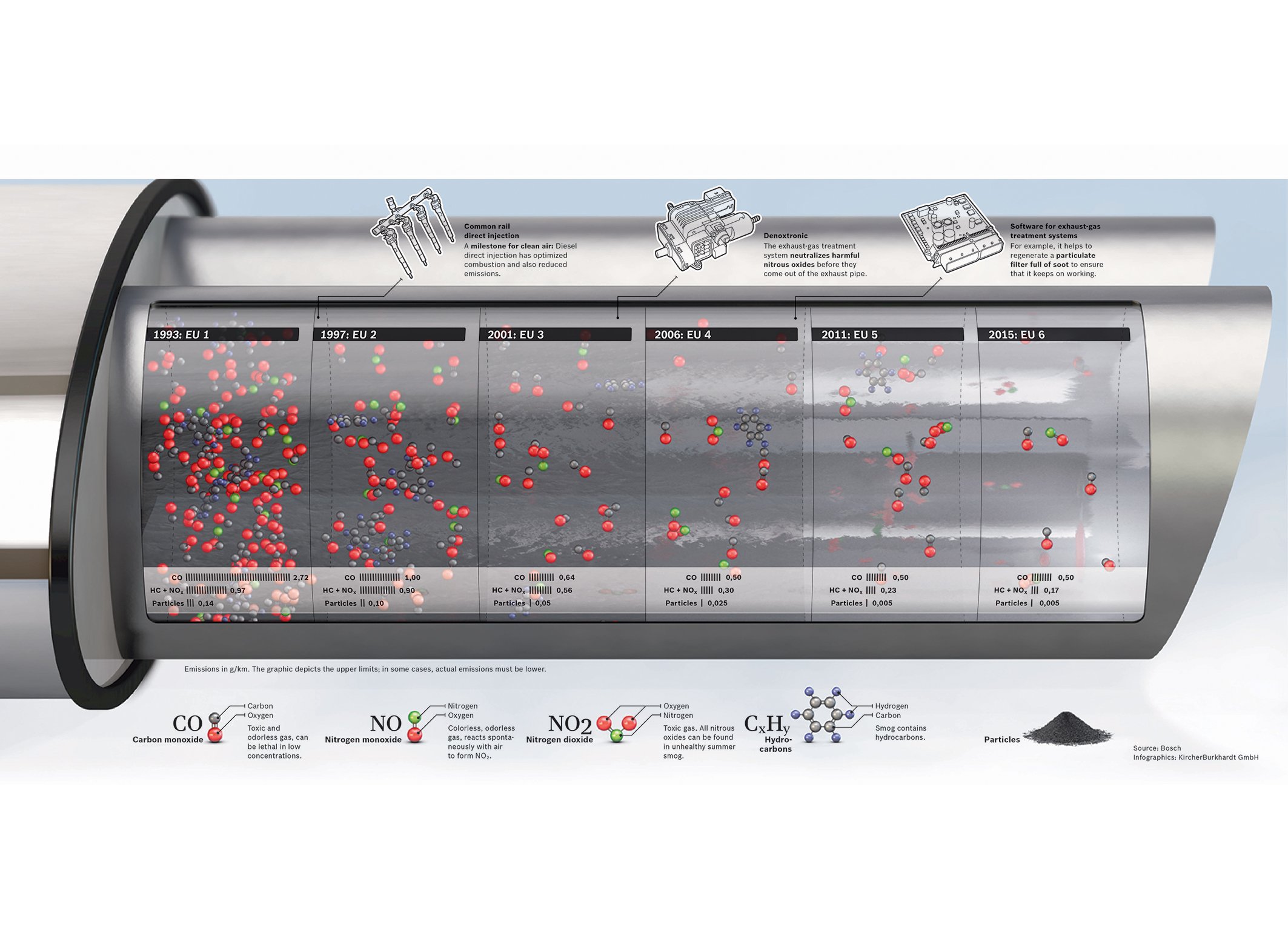 Will cars now be more expensive?

Prices for models that comply with Euro 6 are generally in the same range as prices for comparable models that meet Euro 5. Sometimes Euro 6 models come with additional features – a different transmission, say, or different tires – that push up the price. Take away the additional cost of these extras, and there is currently no appreciable increase in the price of Euro 6 models. It can be added that the extra cost coming from the exhaust-treatment system which is more advanced will be compensated by some cost reduction programs led by several OEMs and that aim at reducing cost of several parts of a vehicle.

How does Euro 6 change the technology of diesel vehicles?

Diesel vehicles need a perfectly tuned exhaust-treatment system in order to meet the lower limits set out in Euro 6. For vehicles weighing up to around 1,700 kilograms, a low-cost NOx storage catalytic converter is sufficient. “In heavy vehicles, only an SCR catalytic converter with AdBlue will do,” says Dr. Markus Heyn, president of the Diesel Systems division at Robert Bosch GmbH. This system injects AdBlue, an odorless urea solution, which converts the nitrogen oxides into harmless water vapor and nitrogen. AdBlue is refilled at regular service intervals.

What does Euro 6 change for drivers?

For anyone who already has a car, Euro 6 changes nothing in Germany. They can continue to use their vehicle as before. According to the latest information, vehicle taxes for Euro 5 diesel vehicles will not change in Germany. It will also still be possible to drive in low-emission zones. Buyers of new vehicles, however, should be aware of the switch to Euro 6 if they want to have a model equipped with cutting-edge technology.