The vehicle safety requirements stipulated by institutes such as the New Car Assessment Program (NCAP) and the Insurance Institute for Highway Safety (IIHS) are becoming more and more stringent and the associated test procedures more complex. As a result, vehicle manufacturers such as Chrysler need to install testing equipment in their own crash-test facilities, allowing them to develop products that meet the full range of requirements of vehicle testing authorities in the future as well as build safer cars. For this reason, in spring 2013 the Group commissioned the company MESSRING Systembau GmbH based in Munich to comprehensively modernize and upgrade the central testing facility in Chelsea, Michigan – the Chelsea Proving Grounds (CPG). The testing grounds have a size of approx. 3,800 acres and the CPG were founded in 1954.

Chrysler ordered the MicroTrack system from MESSRING, including a drive system with electric motor, M=LIGHT LED lamps, curb test equipment featuring a special sled, and two new film pits. First, the existing track system for accelerating test vehicles was replaced with the MicroTrack system. The system offers the following benefit: the guide channel is much thinner than in conventional systems, allowing for many more details to be captured in vehicle crash video footage from below in the film pit – a key criteria for evaluating vehicle crashing behavior. In older track systems, the wide guide channels obstruct the most important details. Chrysler can operate the track system in two directions using the same guide channel:  towards the impact block inside the hall and towards the outer area of the facility.

The narrower clearance system for guiding the new trolley promotes better control of the test vehicle and higher precision in terms of speed and point of impact. The MicroTrack can be installed with various lengths, ranging from a few meters (low-speed systems such as RCAR tests) to several hundred meters, regardless of whether the track system is located in a hall or outside. System performance and precision have improved thanks to the new drive system. Vehicles with a total weight of 4.6 metric tons can now be accelerated at speeds of up to 120 km/h along the 220-meters track. 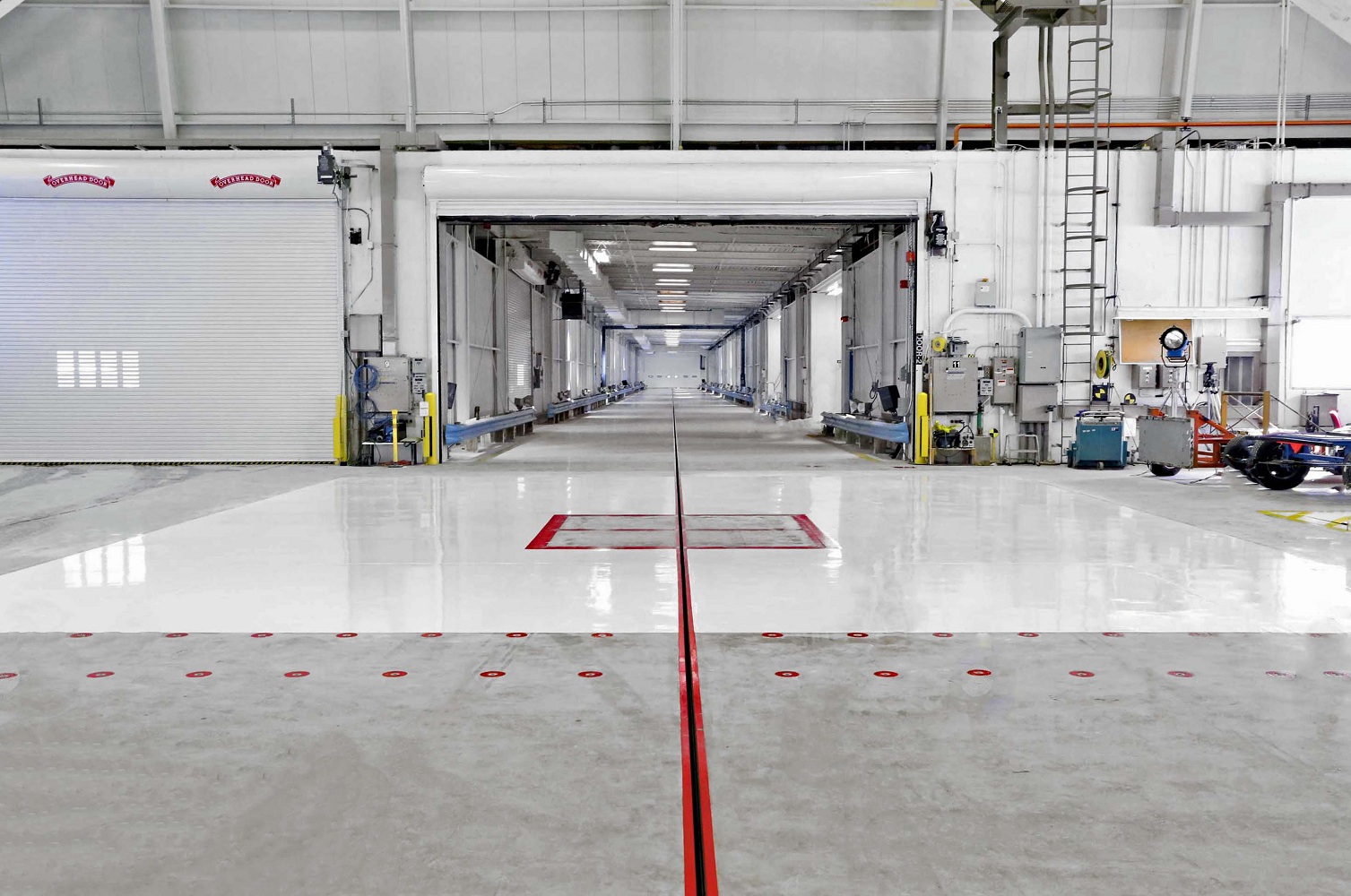 In addition to a high-speed camera, illumination of the impact zone is needed in order to document the exact moment of the actual crash. Plenty of light promotes high depth of focus and short exposure times and therefore greater detail for subsequent evaluation. More importantly, it’s easier to observe deformation of the vehicle bodywork, which is important for testing engineers. For this reason, Chrysler opted for MESSRING’s M=LIGHT LED lamps. The 46 LED lamps were all installed in the two film pits at the testing center. The rear impact pit and the front pit at the impact block are both located inside the crash-test center’s large-scale test hall in Michigan, which measures 43 x 26 meters, and are both protected by a panel of Plexiglass.

When the installed light batteries are activated, the M=LIGHT LEDs deliver the maximum amount of light and a color temperature of approximately 6,500 Kelvin. Synchronizing them with high-speed cameras can double the amount of illumination.

A specialty of the American market is the curb test, and the crash-test specialist in Munich supplied all of the required testing equipment to the American car manufacturer. This crash-test examines the functioning of restraint systems such as side airbags when a car flips over after impact with a curb. The most important testing component is a special sled that carries the test vehicle at an angle to the direction of acceleration. It’s propelled using the MicroTrack system and features targeted braking based on special hydraulic dampers. A belt system prevents the car from flipping over, so that the simulated impact with the curb doesn’t destroy the test vehicle. The product is a customized design for Chrysler.

Douglas R. Grimm, Impact Operations Supervisor at Chrysler, sees the collaboration as extremely positive: “Even before we awarded the contract, we knew that MESSRING is a respected company in the safety testing industry. Teamwork throughout the entire project was very professional and efficient. We’re more than satisfied with the new system technology.”

All the modernization and upgrade work was completed at the end of 2013 and took eight weeks, allowing Chrysler to begin using the facility again on December 20, 2013, following a final inspection. At the Chelsea facility, Chrysler is testing all of the models in its range, from the Fiat 500 and heavy SUVs to the Dodge pickups. 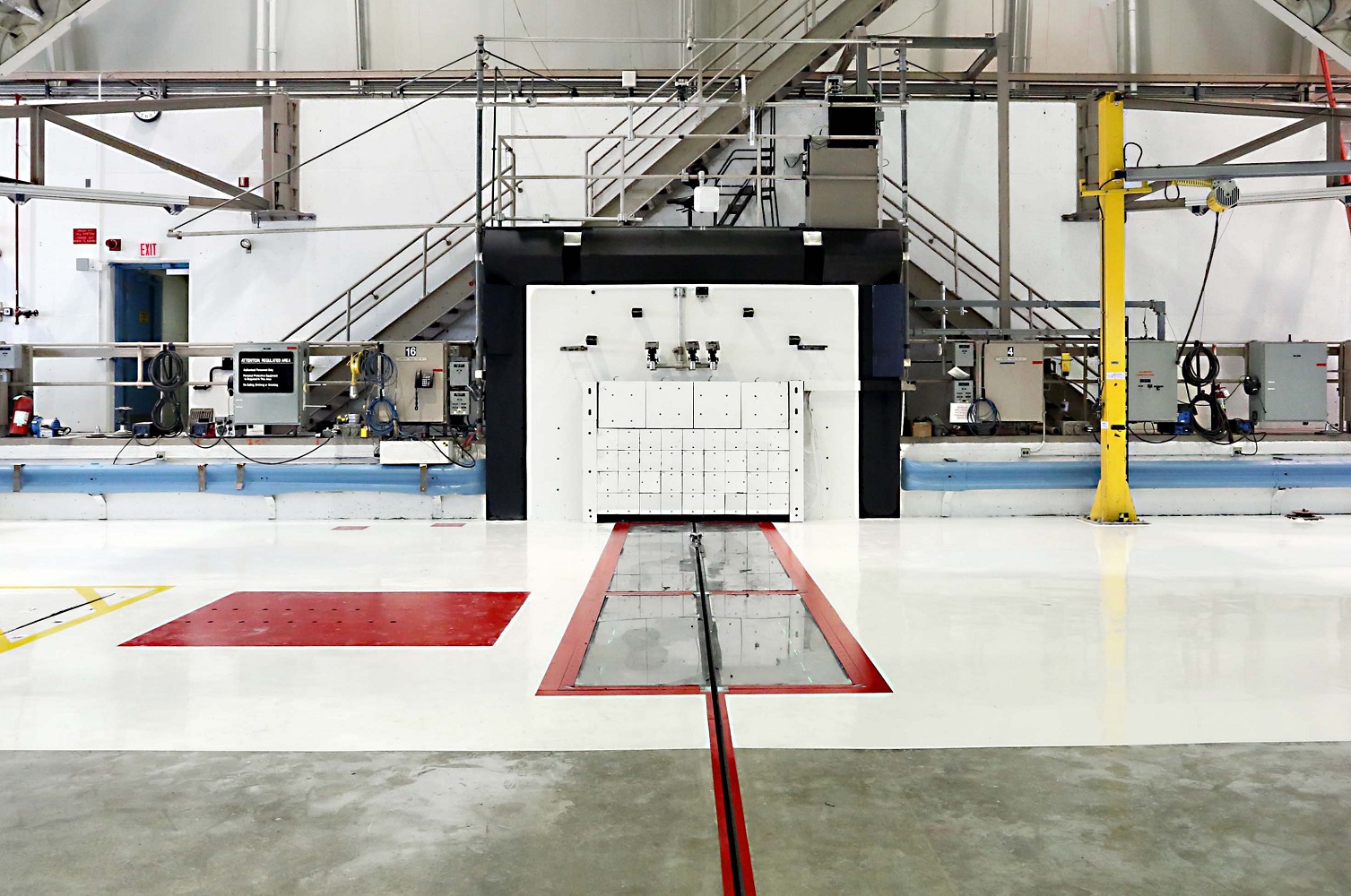 The CEO of MESSRING Systembau GmbH, Dierk Arp, said: “In the US, we’ve already designed, built or equipped several crash-test facilities and, still, we always feel a sense of pride when we can work for companies as renowned as Chrysler.  At the moment, you can clearly see that there’s a need for modernization of existing vehicle testing centers in the US market. Companies haven’t invested the time and money for some time now. That’s why we offer non-binding analysis of systems on-site, so we can recommend suitable upgrades where necessary.”

This kind of investment might be very costly for the Chrysler group and I guess that some OEMs prefer delegating the crash test activities to specialized supplier like the MIRA or TRC. After how many years do you think that there is a return on investment for this kind of installation?
Tweet