Manufacturers conduct virtual tests on vehicle designs long before the first car rolls off the assembly line. Simulation of the tires has remained a challenge, however. The software tool “CDTire/3D” from Fraunhofer researchers now models the wheels realistically. The software takes into account the heat that is generated during driving and how the properties of the tires change.

The vehicle races along uneven streets, rumbles over stones, crashes across potholes, and slides over icy roads. But of course, only virtually, for it is still far from being produced yet. With the cars as well as the bumpy test roads, the simulations come first. How operationally stable is the vehicle? Does the design deliver what it promises? These kinds of virtual experiments offer some advantages: Different variations of a motor vehicle can be tried out at an early phase of development already, whether an automobile, truck, or tractor, and the design systematically optimized – without prototypes.

The simulation of the automobile itself is well-understood. However, the tires remain a challenge because they behave in a complex, non-linear manner. The calculation is either very drawn out, computationally intensive, and cannot be easily incorporated into the overall model, or it provides inexact results. Researchers at the Fraunhofer Institute for Industrial Mathematics ITWM in Kaiserslautern developed a simulation tool called “CDTire/3D” that overcomes this dilemma. “We have used technology to find a good balance between computation time and accuracy,” says Dr. Manfred Bäcker, head of tire and vehicle simulation at ITWM. The researchers will be presenting the software at the Hanover Trade Show in the joint Fraunhofer “Simulation” booth located in Hall 7 from April 13-17, 2015.

The scientists map the properties of the tire to a structural shell model. “Instead of mapping it as a volumetric model, we represent the tire as a shell – and that saves a great deal of simulation time, yet still takes into account all of the properties,” Bäcker explains. First, the researchers calculate individual shells for every functional ply of the real tire: one for every steel belt ply, one for the cap ply, and so on. They subsequently bring these together into a single shell. What is special: the model takes into account the sidewall as well. In usual simulations, the automobile manufacturers need to completely re-adjust the parameters as soon as the tire width changes in the simulation or the tire pressure varies. 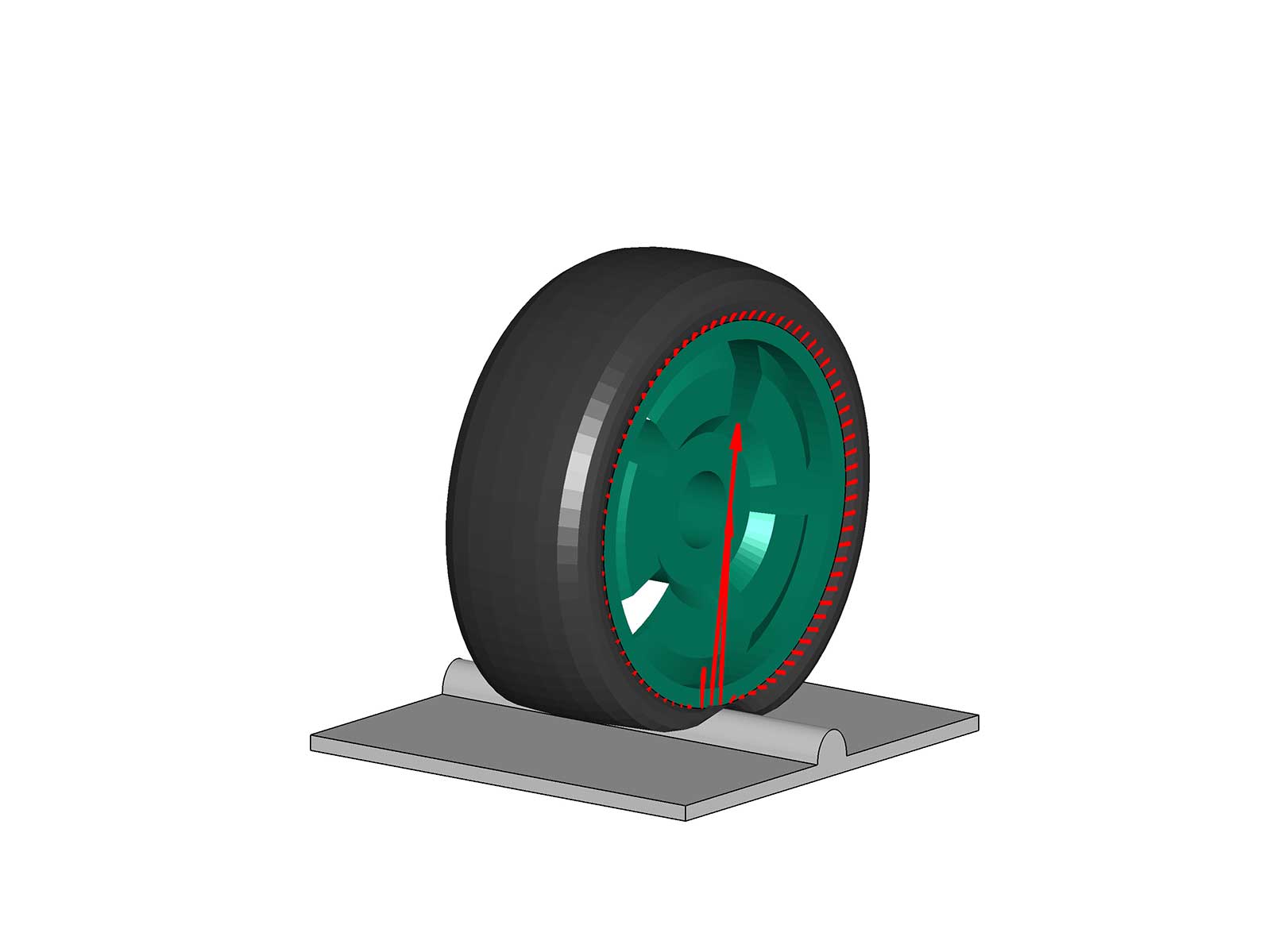 “We completely separated geometry from material properties so that you can alter the tire geometry without having to match the computer model to it.” The automobile manufacturers value that as well. The simulation is already in use world-wide, including at Toyota and Daimler.

Additionally, the scientists now incorporate temperature into the simulation. This is important because the tire is dynamically deformed during driving and because the brakes give off heat. As a result, the tire warms up – and thus its properties change. The researchers first save the results from CDTire/3D in the temperature model. Then, with the help of these calculations, they simulate how the heat travels in the tires, and finally couple the results back into the structural model. The Swiss Formula-1 Team Sauber wants to employ the temperature model in the future to make their race cars faster in the turns.

“Since the system is modularly constructed, we can couple the temperature model to any simulation tool you want,” says the researcher. As a result, it can also be connected to the “CDTire/Realtime” tool. This software can also be employed for example during the design of an electronic control system like the Electronic Stability Program, or ESP for short. If a car starts to loose traction or slide, the ESP selectively applies the brakes of the individual wheels. CDTire/Realtime runs in real time – just like the temperature calculation tool does, though up to now only on larger computers in the lab.

In future, CDTire/Realtime will be able to be deployed using microcontrollers installed in the car to increase the accuracy of the ESP while driving. Bäcker guesses it will still take about one to two years until then.