Camcon Automotive, a British developer of precision actuation systems, believes it is about to bring engine valve control into the digital age with a technology step as dramatic as the transition from points ignition to engine management systems or from carburetors to electronic fuel injection. The company is developing a valve operating system called Intelligent Valve Actuation (IVA) that provides full-authority “by-wire” control of timing, duration and lift for each individual valve. Critically, Camcon’s system provides continuous, high-precision mechanical control of the valve at every point in its movement and at every combination of engine speed and load. 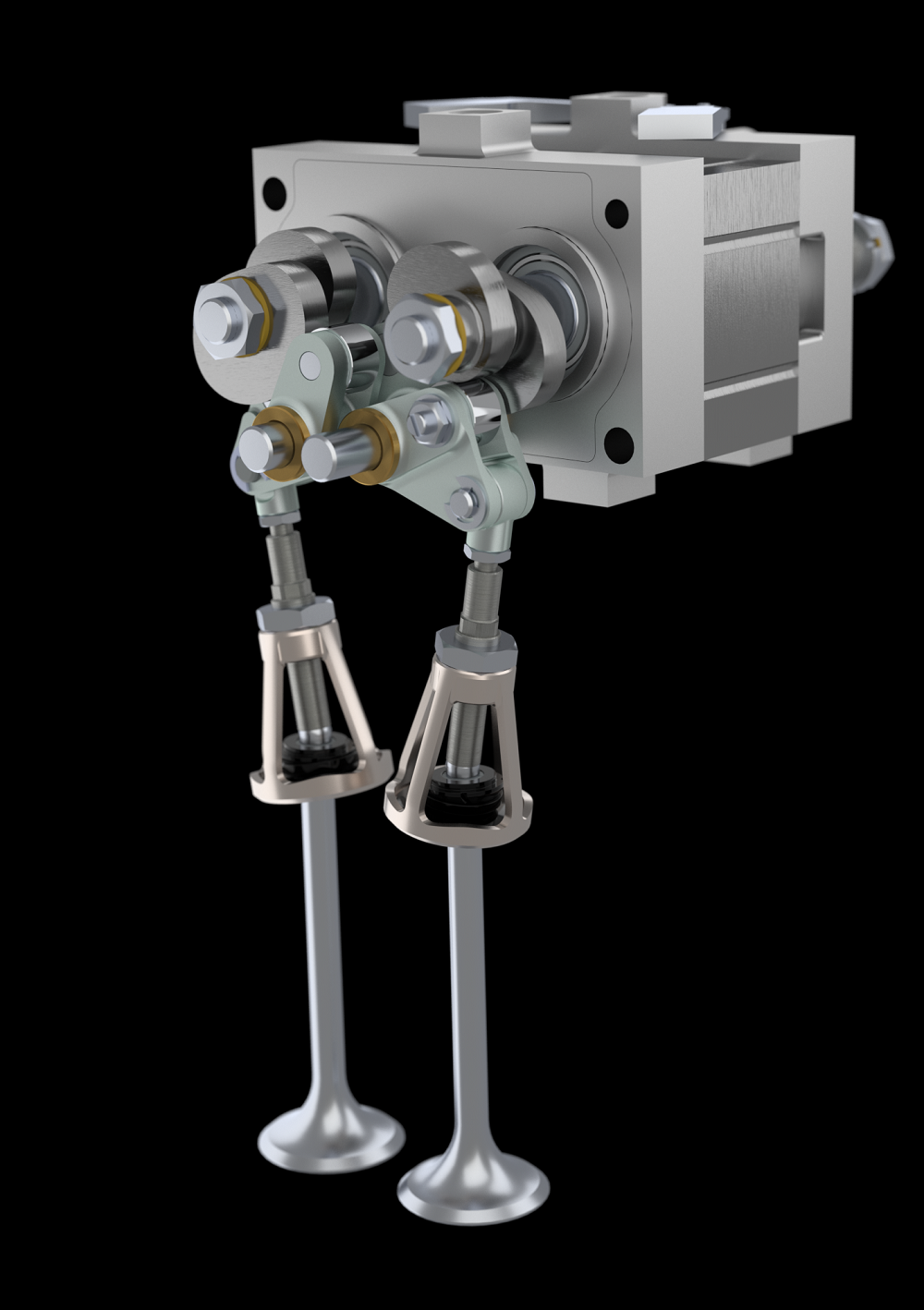 “Valve events are one of the few remaining major constraints on combustion optimization,” explains Camcon’s technical director Roger Stone, formerly technical director (design) at Ricardo.  “We have solved this by finally breaking the system’s dependence on a crank-driven camshaft, allowing engine calibrators to specify the ideal valve event for every speed/load condition. Conventional variable valve timing systems have helped reduce this compromise, but IVA virtually eliminates it throughout the full engine speed range for both gasoline and diesel.”

Camcon’s breakthrough is the combination of a new Multi-stable Actuator Technology (an evolution of Camcon’s proven Bi-Stable technology, which functions like a compact, ultra-responsive electric motor) with an innovative mechanism that uses desmodromic cam pairs and rockers to translate the actuator’s rotary movement into fast, high-precision linear movement of each valve.

Each valve module incorporates an energy recovery spring, improving system efficiency by recycling energy from one valve event to the next.  Combined with the high-efficiency rotary actuators, this makes the IVA system energy efficient and therefore capable of operating within a conventional 12V electrical architecture. Testing has shown that refinement is excellent, with significantly lower noise than a conventional camshaft and valvetrain. System height is similar to a current camcover.

Stone says that because IVA allows an optimized valve event for every combination of engine speed and load, it can provide substantial fuel economy and emissions benefits even with a relatively simple evolution of an existing engine. It can also provide increased low-end torque to allow higher gearing, deletion of the throttle to reduce pumping losses and greater control of Exhaust Gas Recirculation. This level of implementation could provide “a comfortable 15% improvement in fuel economy and CO2,” he says. 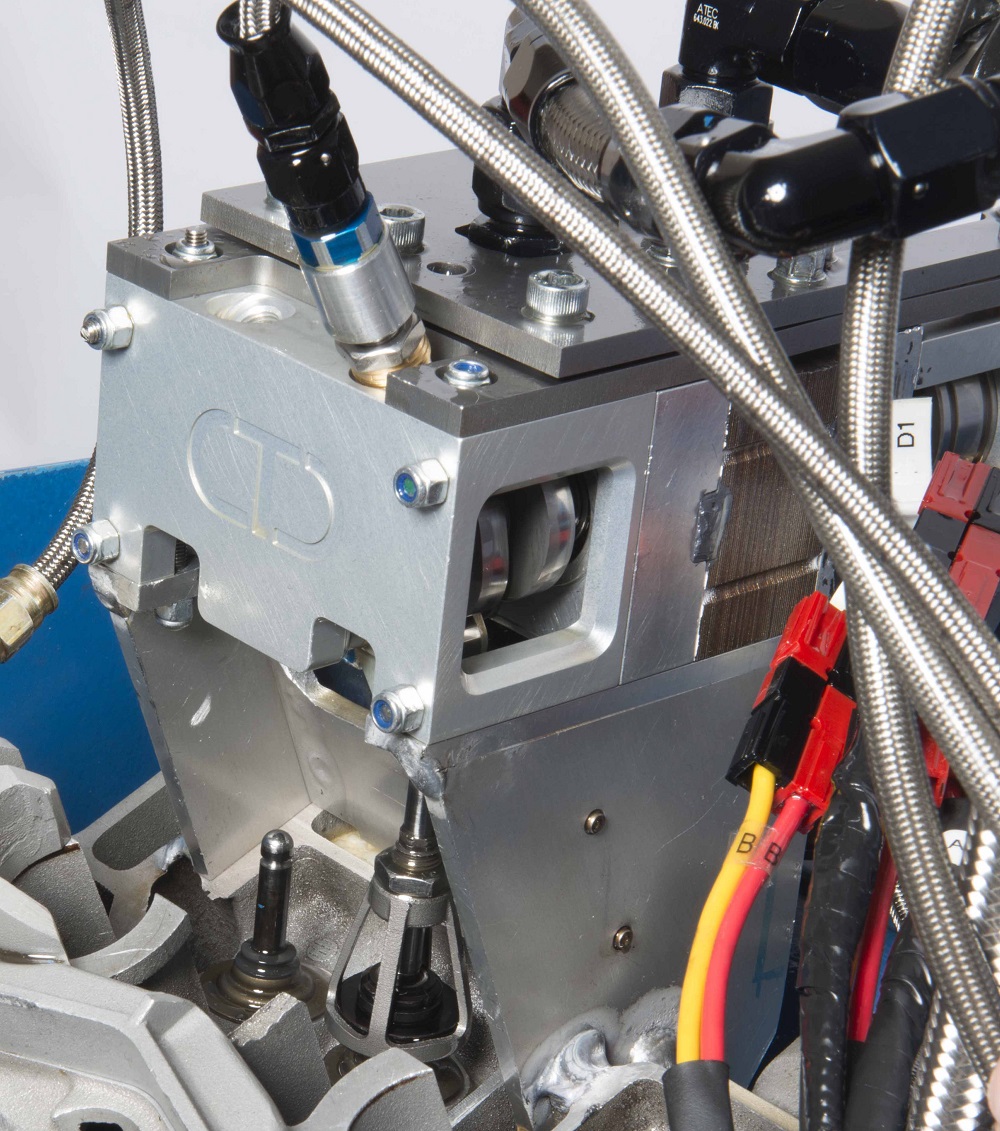 “But when you use IVA’s full-authority valve control capability to implement new combustion strategies, you unleash a further substantial level of improvement,” he enthuses. “It becomes much simpler, for example, to enable short periods of two-stroke operation to provide a temporary power boost, or HCCI (IVA supports multiple valve events during the exhaust cycle) or selective Miller Cycle operation. Sophisticated ‘roaming’ cylinder deactivation strategies also become relatively simple to implement.”

Following extensive simulation, Camcon now has a physical system operating on a test bench. “We have a close relationship with a major vehicle manufacturer and are in discussions with several others,” says chief executive Danny Chapchal. “So far, our modeling work has proved accurate so we are confident that if required by a customer, with the support of a first tier manufacturing partner, the technology could be in production comfortably in-time to help meet the demanding 2020 requirements for vehicle fuel economy and emissions.”

A lot of similar systems are showing up (Launchpoint, Cargine) and it seems that the technology is more and more mature. The OEMS might fear about being the first to introduce such a risky system compared to the old fashioned belt or chain driven camshaft. Who do you think will be the first OEM to equip a serial engine with a full camless technology? Which technology will be chosen?