Ethanol is a fuel obtained from the distillation and fermentation of starchy crops such as corn. In France, ethanol fuel is sold as E85. It is a mixture of ethanol / gasoline (volume ratio: 85% ethanol to 15% gasoline). It is widely used in Sweden, Brazil and the USA, where it is used as E100, fuel based on 100% ethanol. The characteristics of the latter are listed below:

Adaption of engine to Ethanol

The octane rating of ethanol is higher than conventional gasoline, which means that with the same compression ratio, the mixture E100/air is more stable than the fuel/air mixture. This allows to increase the compression ratio for better engine efficiency.

The combustion of ethanol causes increased internal stresses of the engine. Specifically, the pressure in the cylinder is 20% greater when operating with ethanol, with respect to petrol operation. Flex-fuel vehicles which are currently marketed take this constraint into account, and to ensure the reliability of mechanical components, several modifications are made ​​to strengthen the piston, connecting rod, crankshaft, and even the valve seats and valves. 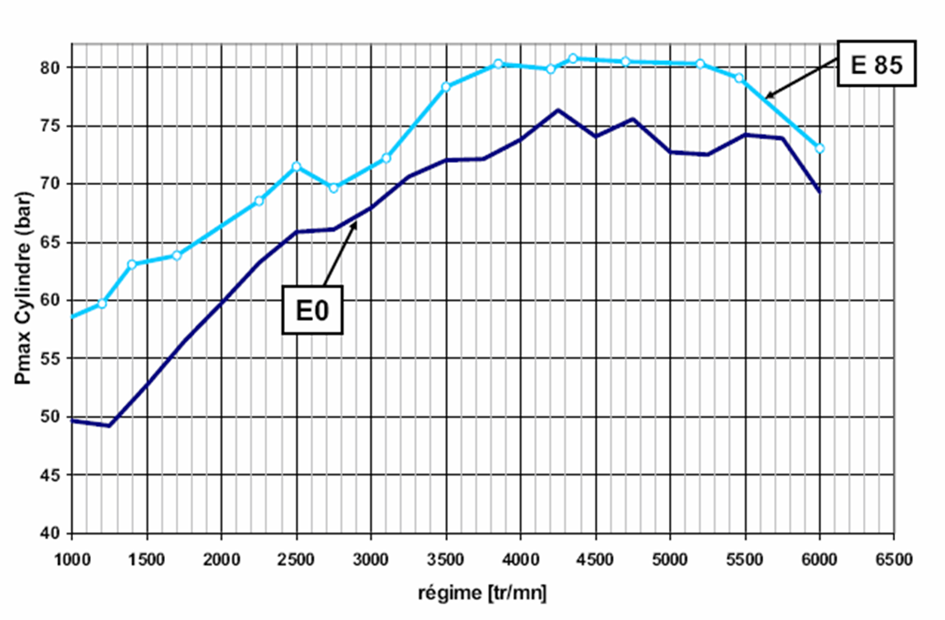 According to the characteristics of the E100, the energy ratio (LHV) ethanol / gasoline is 0.66. When burning ethanol, injection duration should be increased (to increase the volume of fuel injected) to provide the same amount of energy. This involves changes in the fuel intake circuit and fuel injectors for having a higher fuel flow. 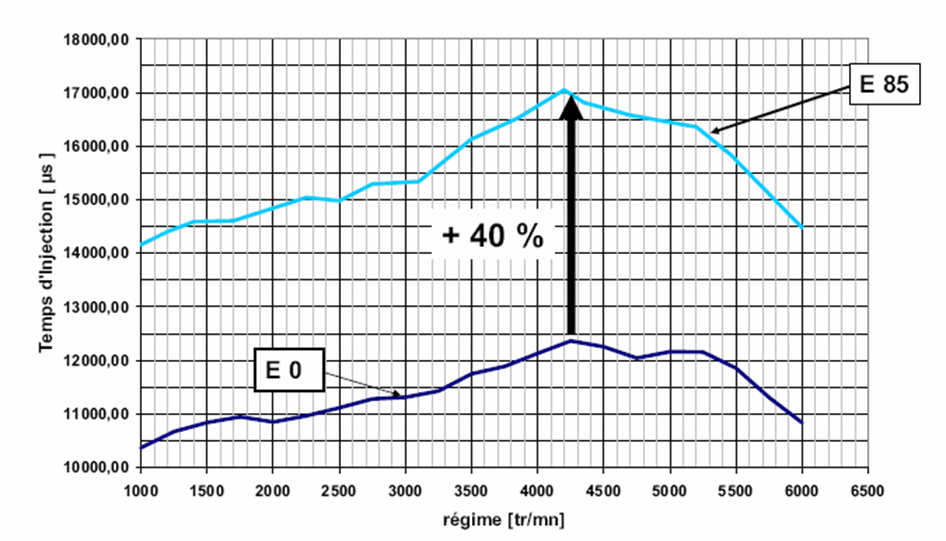 The latent vaporization heat of ethanol requires to have higher spark advance for operating at high loads (the load is the ratio of work done by an engine at a certain speed over the maximum possible work at this speed). However, in warm conditions, it overcomes knock problems in the engine (local inflammation and destructive mix) as combustion temperature is lower. 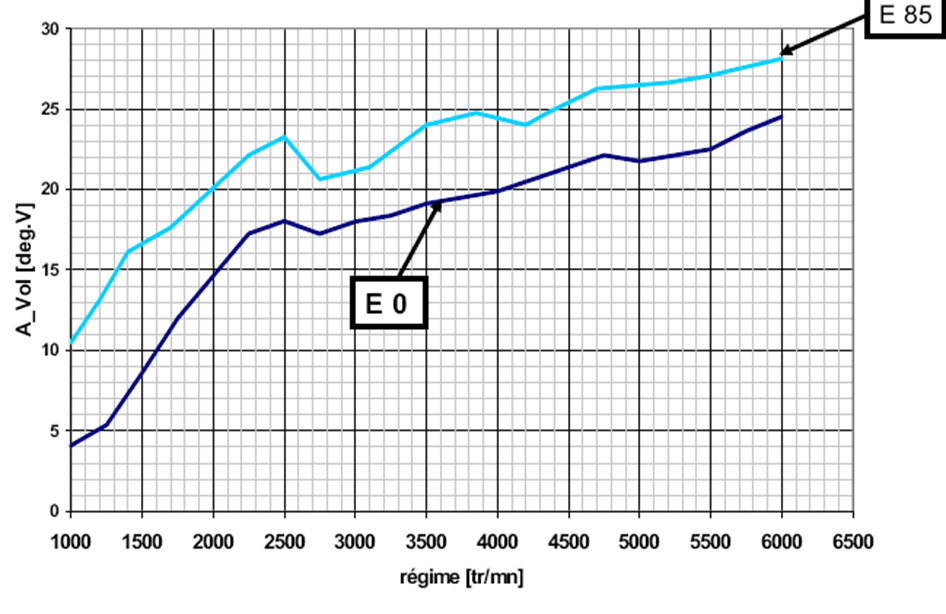 Due to the increase in internal pressure, performances with ethanol are also increased. 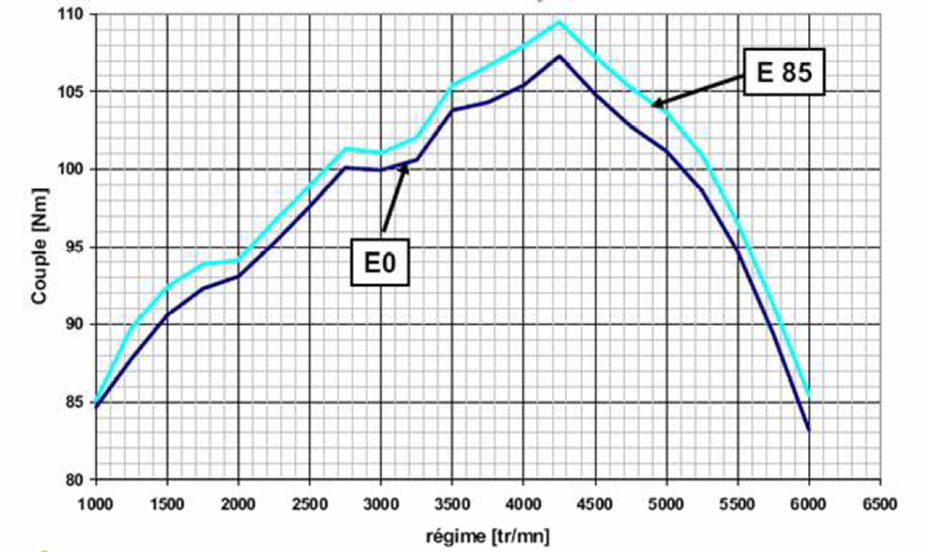 However, Engines operating with E100 have difficulties to start for ambient temperatures from -15°C. The use of ethanol therefore requires a fuel heating system.

If bio-ethanol is described as a revolutionary fuel and “clean”, some people think it is not the best alternative ecologically speaking. In theory, the CO2 released during combustion is collected by the plants that will be used to produce ethanol. This fuel can also get rid of some of the energy dependence vis-a-vis the oil-producing countries. Ethanol also allows the development of agricultural land and creating new opportunities for its operators.

In practice, its ecological aspect is questioned a lot mainly because ethanol production contributed to soaring food prices due to the use of food resources for the transportation industry. However, we do not know at what level can be attributed to bio-fuels such increases.

With the operation on ethanol, an engine emits less CO2 despite higher fuel consumption. With limitations on CO2 arriving in Europe, the USA and Japan, it could be that the Flex-fuel engines are increasingly offered by manufacturers despite the controversy over the origin of bio-fuels. I believe this is a short term solution but less costly for manufacturers than hybrids. Do you think that with arrival of 3rd generation bio-fuels, the volume of Flex fuel engines on the market will finally take off?