In motorsport every gram counts. As much power, acceleration and safety as possible at the lowest weight – that is the motto in designing any race car. All the more if it is for the 24 Hours of Le Mans: each superfluous gram must be carried for more than 350 laps; the lost seconds add up into minutes over the race distance of around 5,000 kilometers – a world of difference. Since 2014, there has been yet another reason for weight reduction at Le Mans. New race regulations for efficiency forces teams to radically minimize the fuel consumption of their race cars. Each car may only consume a maximum of 5.04 liters of racing petrol per lap – a genuine challenge for the developers of the 919 Hybrid.

In today’s world, the weight and fuel consumption of street cars must increasingly be considered as well. By 2020, the average CO2 fleet vehicle emissions for each car manufacturer must amount to less than 95 grams per kilometer of driving – another big step.

Lightweight carbon fiber composites could make a contribution here. Nonetheless, carbon does not really lend itself to mass production in the automotive industry yet – despite its extremely high tensile strength, elasticity and heat conductivity – and a long development history. It all began in the 1870s with the American inventor Thomas Alva Edison. 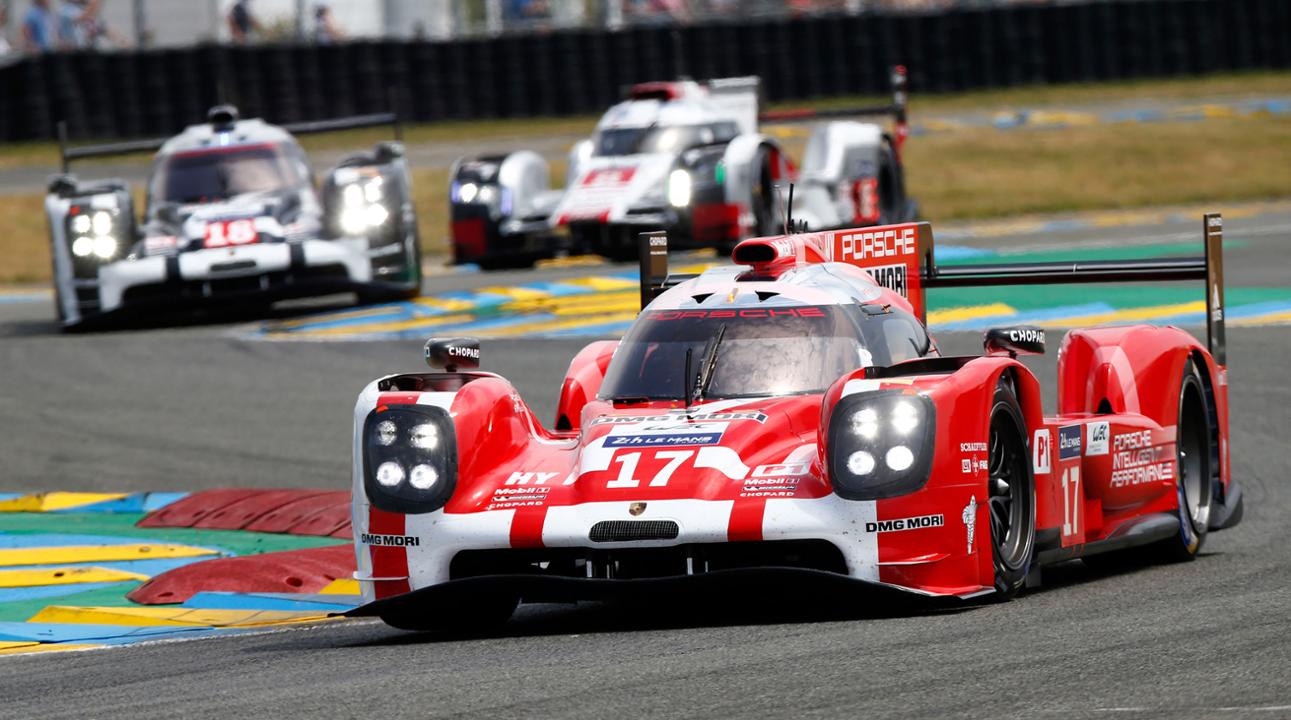 Material for the aerospace industry

The use of CFRP (Carbon Fiber Reinforced Polymer) was born in the aerospace industry. Starting in the 1950s, carbon fibers were woven into strips, soaked in resins and processed into very strong and lightweight molded parts. In the automotive industry, the fascinating material first appeared in the 1990s. At Porsche, carbon fiber made a fitting debut. In the 1998 race season, the 911 GT1 became the first Porsche to sport a carbon-fiber chassis. Designers saved a full 50 kilograms of weight compared to the previous model – and this promptly led to a first-second sweep at Le Mans. The street-car premiere of carbon fiber happened five years later – and it was reserved for the Carrera GT.

But despite its excellent properties, carbon has not really revolutionized vehicle technology from the ground up. The once predicted triumph of carbon fiber has largely been restricted to the domain of super sports cars with smaller production volumes. The simple reason: the costs of CRFP parts are still very high compared to metal parts for the same production volumes. The production of carbon fiber itself is very energy- and cost-intensive; processing it into an end product requires significantly more complex, time intensive production processes with less automation compared to metal materials. The key to reducing manufacturing costs and thereby making CFRP feasible for large-scale production is to shorten production times with faster curing resins or thermoplastic matrix systems.

Porsche relies on an intelligent material mix – including carbon

The number of car models with carbon parts is growing at Porsche. In addition to the 919 Hybrid, the 911 GT3 RS street sports car trims several kilograms of vehicle weight by using CFRP to produce the boot lids, rear spoilers and wings. And the 918 Spyder puts a chassis on the road that is made entirely of carbon fiber and has a CFRP monocoque. 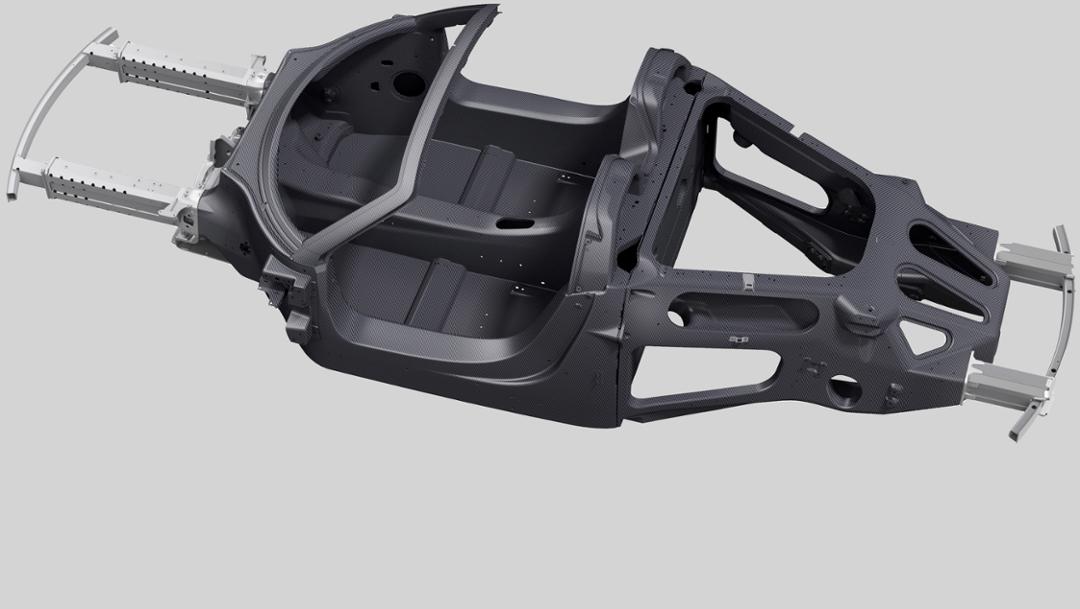 However, for larger production volumes, the lightweight car body of the future will presumably require an intelligent, requirements-based material mix of aluminum and steel supplemented by parts made of magnesium and fiber-reinforced polymer materials such as CFRP. Intelligent hybrid construction methods in particular – which combine the benefits of metals and fiber-reinforced polymer composites – have high potential for economic lightweight design, especially at medium to large production volumes. This much is certain: Porsche will still be adding a number of new chapters to the history of carbon fiber.