Team Ford Racing has confirmed it will enter two South African-built Ford Rangers in the 2014 Dakar, taking place from 05 – 18 January 2014 in South America.

The design team responsible for bringing Ford’s Dakar contender to fruition includes a mix of South African and global minds. The purpose-built Ford Rangers are being prepared by Pietermaritzburg-based Neil Woolridge Motorsport while logistics will be handled by German-based South Racing. Similarly the driver line-up is made up of both international and local contenders including South American native Lucio Alvarez and South African Chris Visser.

“We are extremely proud to be sending these South African-built Rangers to the 2014 Dakar,” says Jeff Nemeth President and CEO of Ford Motor Company of Southern Africa. “Dakar is the ultimate test of man and machine and we are thrilled to have the opportunity to participate with a phenomenal team comprised of local and global expertise.” 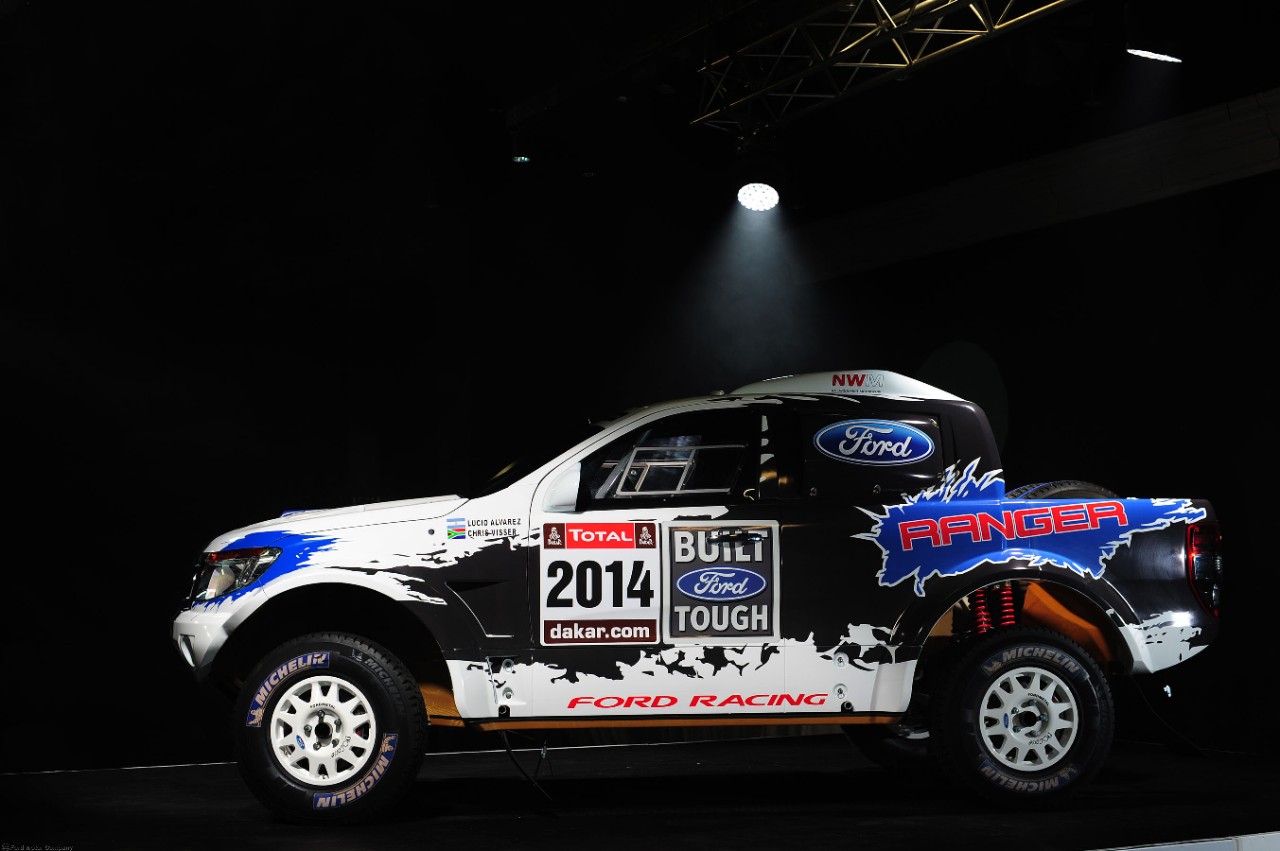 The newly designed Ford Rangers were built in Pietermaritzburg with assistance from Ford Motor Company’s Global Product Developments division. Every aspect of the new Ranger has been carefully considered and built with precision and performance in mind.

The technical aspects of the project will be managed from the NWM workshops in Pietermaritzburg and this will continue to be the main headquarters for the project. One of the two FIA Ford Rangers is already complete and will start testing this August. The second is under construction with planned completion at the end of October.

The logistics and European operations are being managed by South Racing GmbH, based near Frankfurt, Germany. South Racing is owned and managed by Scott Abraham. Abraham has been based in Europe for the past ten years during which time he has worked as team manager for X-raid BMW/MINI and Overdrive Toyota.

“The combination of NWM and South Racing will ensure that the project has the necessary expertise and depth to be able to deliver the results,” explains Abraham.

The 2014 Dakar Rally will be the 35th running of the event and the sixth successive running in South America.

The event will start in Rosario, Argentina on January 5 and finish in Valparaiso, Chile on January 18 after thirteen stages of competition, which will comprise a total distance of over 8,500 kilometers.

The 2013 Dakar rally has been dominated by the Mini. Do you think Ford, as a new comer, will be able to compete with Mini?