The NX 300h introduces the driving experience of Lexus Hybrid Drive to the mid-sized premium SUV segment for the first time. The system combines a Lexus 2.5l Atkinson cycle engine, generator, motor and battery with a Hybrid Vehicle control unit developed specially for the NX. 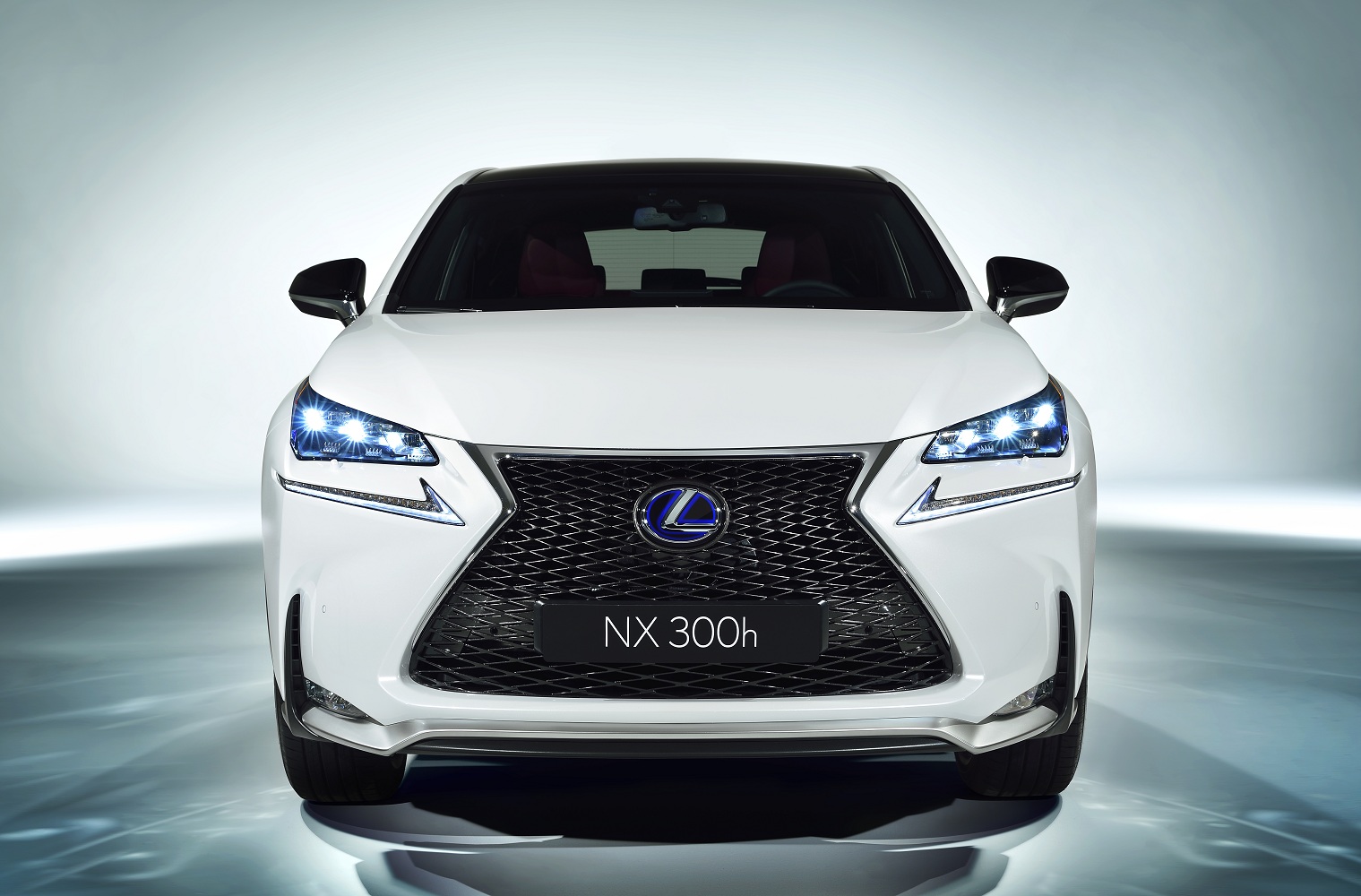 The powertrain delivers a total system output of 145 kW (193 hp), whilst returning an average fuel consumption of 5.0 l/100km and generating CO2 emissions of 116 g/km over the regulatory NEDC driving cycle.

Fine-tuning of the 2.5-liter engine have resulted in greater responsiveness and improved fuel efficiency. Enhancements include a water-to-oil cooler for the electric drive motor for improved motor cooling and a revised front drive reduction ratio, improving fuel economy and hill climbing.

A newly developed HV trans-axle provides a kick-down function for better acceleration. The new trans-axle consists of an electric motor generator and an electric drive motor linked by a double set of planetary gears.

The planetary gear set simultaneously fulfills three roles: as a power split device between the generator and the front wheels, as a reduction gear for the electric motor and, when both work together, as an electronically controlled constant velocity transmission. The trans-axle offers sequential shift which allows maximum power to be delivered on call and increases engine braking.

The hybrid power plant can be matched to 2WD or the Lexus E-Four electric motor-powered AWD system.

Newly developed HV control software which minimizes engine flare during acceleration increases the sensation of linear acceleration. Engine speed has been increased relative to the accelerator pedal angle, creating a downshift-like feeling. The NX adjusts to the target engine speed and to the G-force applied to the vehicle, providing a more natural acceleration feeling, without excessive adjustment to the engine speed and gear ratio.

The sequential Shiftmatic feature meets customer demand for a shifting feel similar to that of a manual gearbox.

The NX 300h’s engine mounts are tuned to suppress start-up vibration from the petrol engine, reducing fuel consumption, and contributing to ride comfort. The mounts allow for 10% of the conventional deviation from the engine’s normal axis away from its center of gravity – the cause of vibration.

The offset between the axis and the center of gravity was reduced by a matter of millimeters by adjusting the engine mounts. This detailed work has also had a positive influence on handling.

Lexus and Toyota have always been ahead when it comes to hybrid powertrains. This HV powertrain now equips most of the sold Lexus models, which means that it is recognized by the customer. What do you think is the roadmap for the future evolutions of this powertrain? Will the aim be to lower the cost or to further improve the fuel economy?