In keeping with its combative nature, Peugeot has decided to contest the 2013 Pikes Peak Hill Climb (Colorado, USA, June 30) which continues to stand out as one of motorsport’s most exacting, internationally-reputed competitions. Peugeot’s bid to win the unique, Colorado Springs-based event with the Peugeot 208 T16 Pikes Peak has led to it joining forces with such key partners as Total, Red Bull, Michelin and Sébastien Loeb. Peugeot’s participation in this epic race, which has previously seen the Brand triumph with the legendary 205 T16 and 405 T16 Pikes Peak, is a natural extension of its international offensive which is itself illustrated by the globalisation of its sales and the success enjoyed by the new 208.

The Pikes Peak Hill Climb’s unique course was finally entirely asphalted last year and comprises 156 turns over a distance of 20 kilometres that take competitors from an altitude of 2,800 meters to 4,300 meters at its highest point. The event is famous as the USA’s second-oldest motorsport competition after Indianapolis and, over the decades, it has earned a reputation as a notoriously difficult and complex challenge!

To maximise its chances of winning the Pikes Peak Hill Climb with the 208 T16 Pikes Peak, Peugeot has enlisted the support of the very best partners for this exceptional project, namely Total, Red Bull, Michelin and Sébastien Loeb. The nine-time world rally champion was able to accept Peugeot’s proposal thanks to Citroën which has authorised its star driver to contest the American event for the first time in his career.

The Peugeot 208 T16 Pikes Peak has been entered in the premier ‘Unlimited’ class and has been given the start number ‘208’. 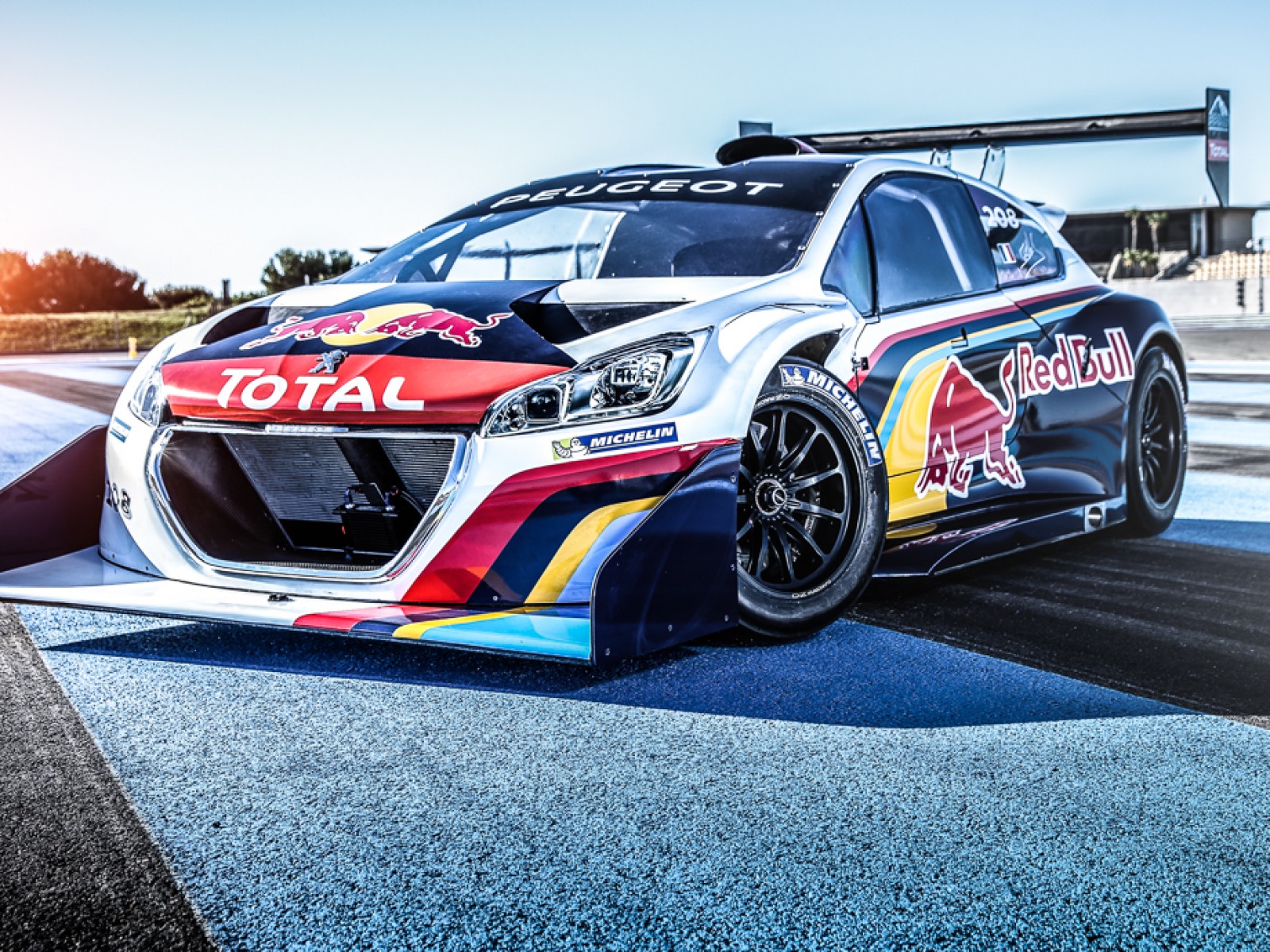 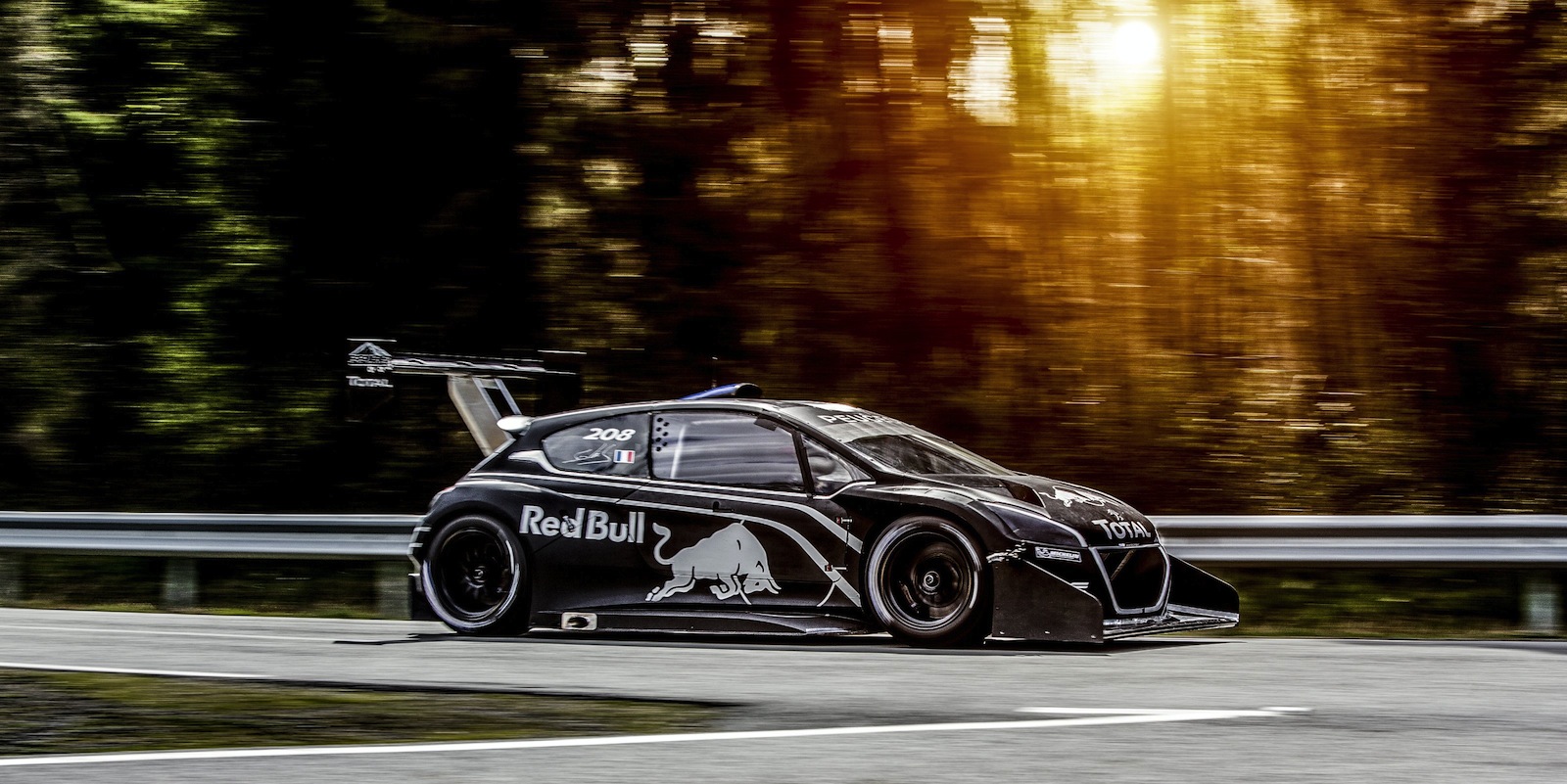 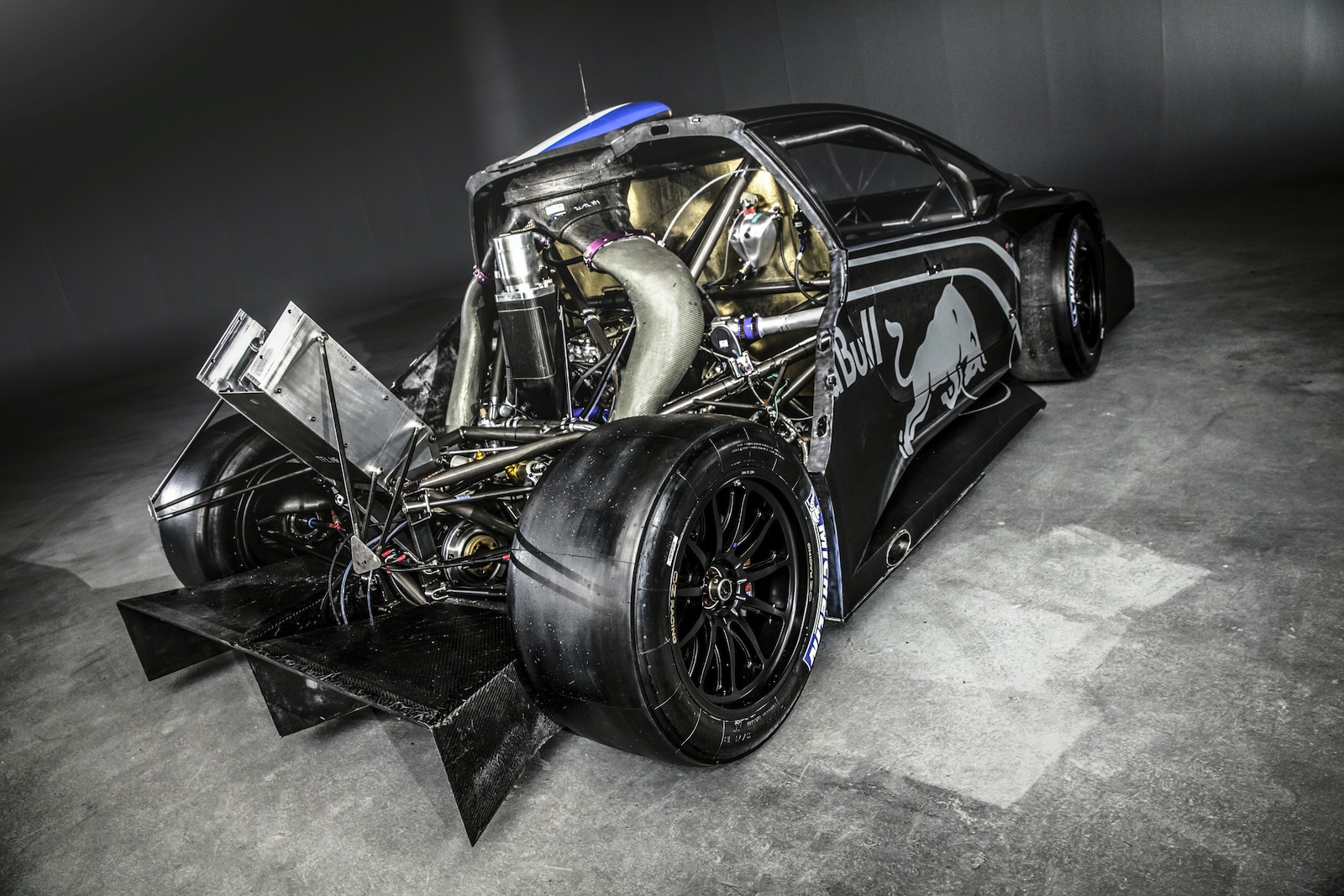 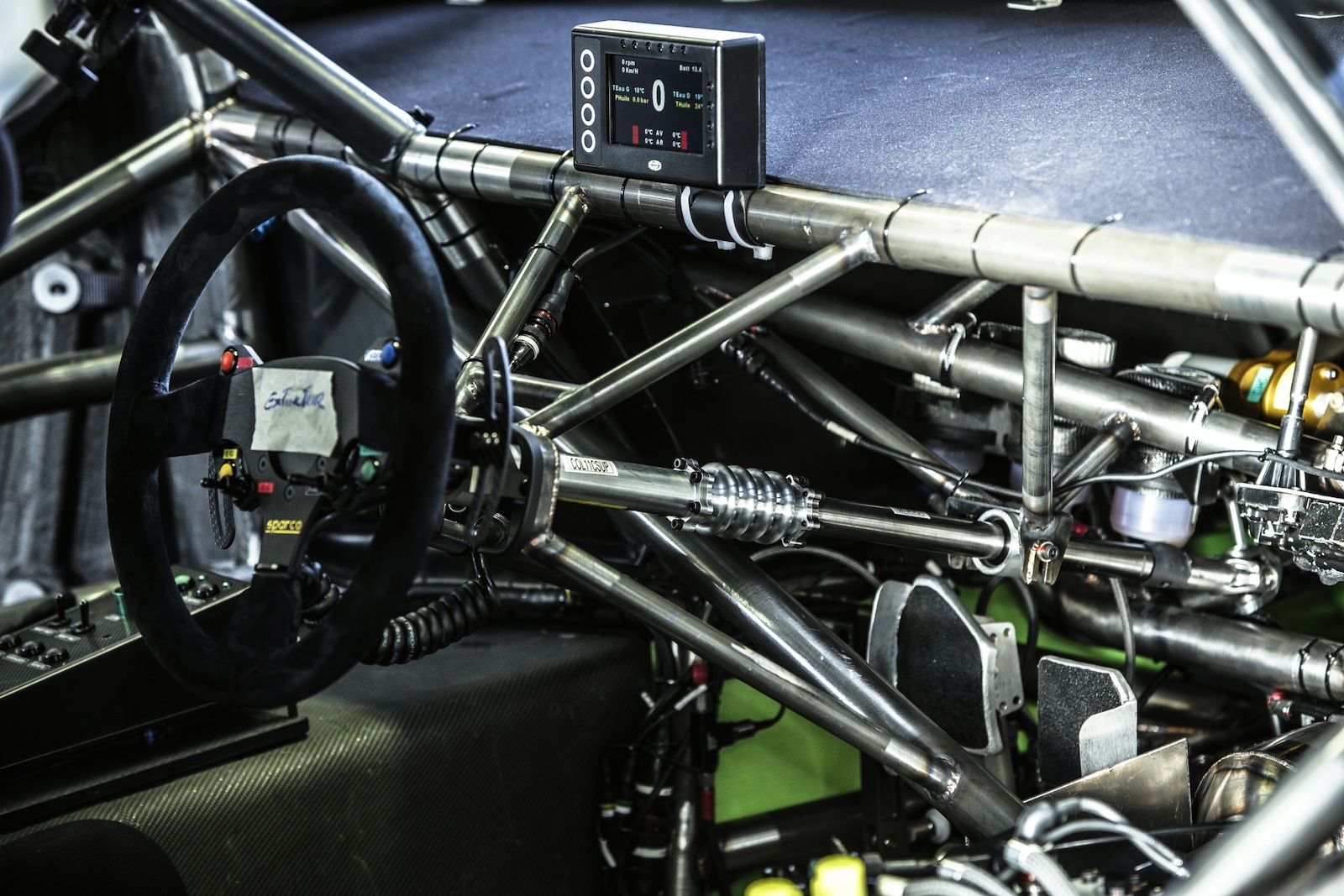 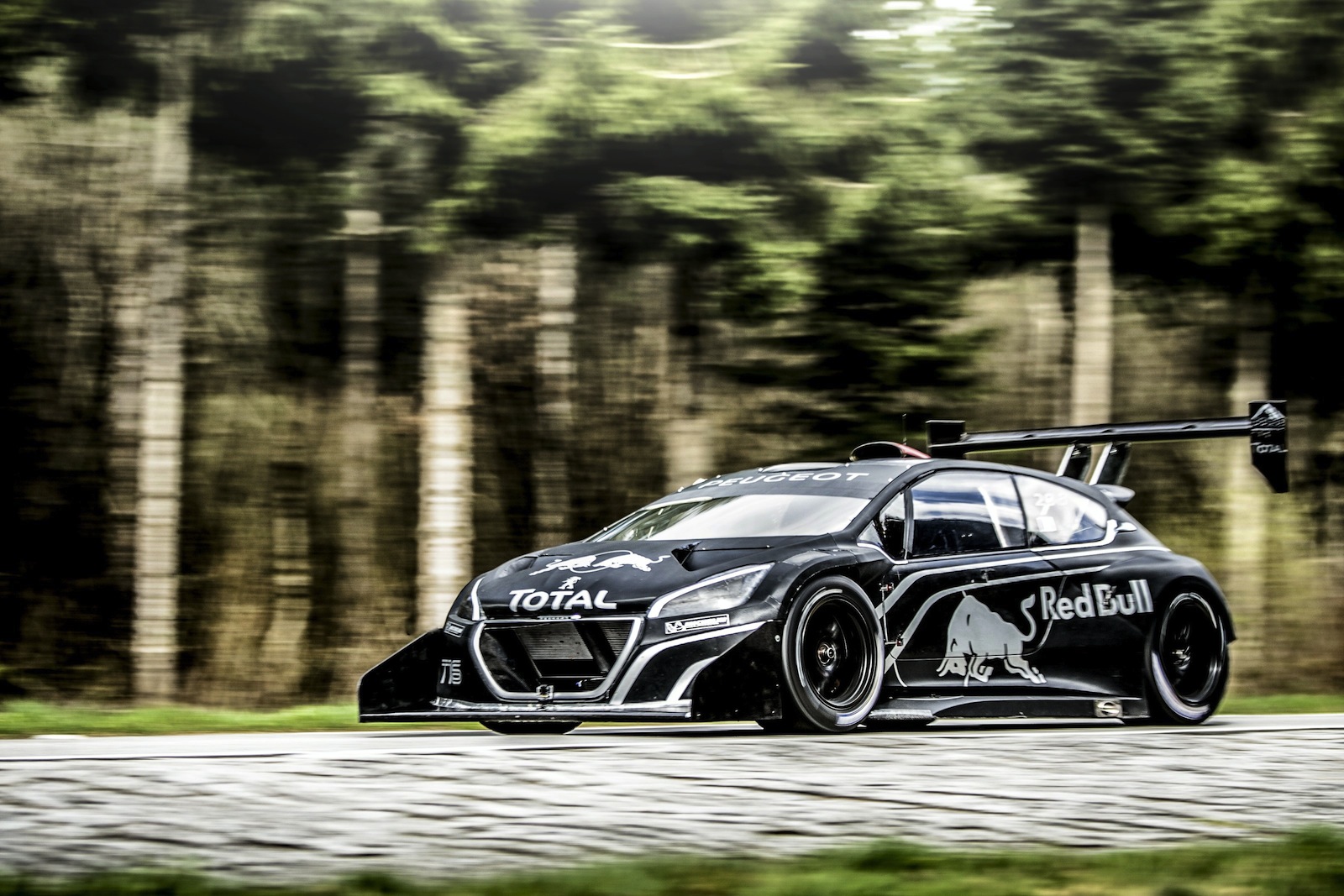