The 8HP 8-speed automatic transmission has received some improvements in terms of fuel consumption and ride comfort and dynamics. This second generation is in volume production since July 2014 in the BMW 520d. The new 8HP offers further developments that range from lower drag torques and higher spread through to an improved torsional vibration absorption. Gradually, the new 8-speed automatic transmissions from ZF are being deployed in further models and with several automotive manufacturers worldwide. 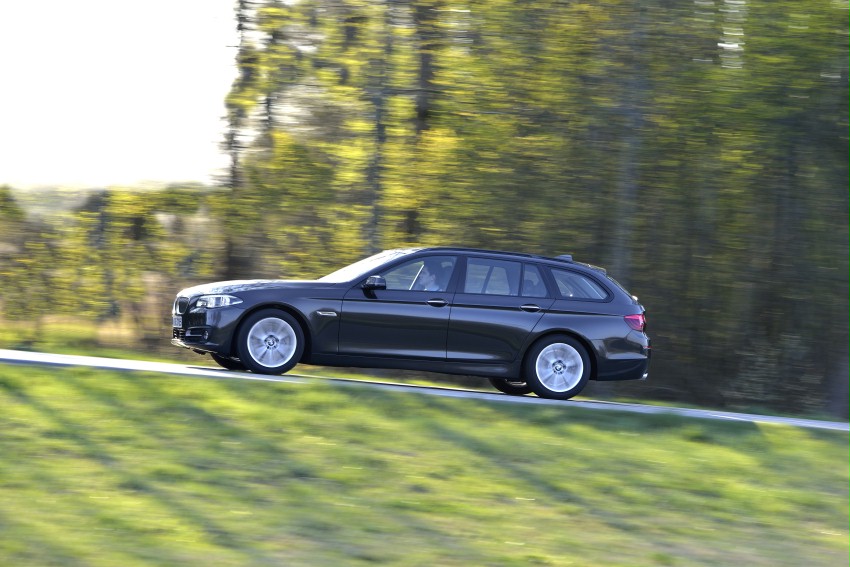 “Our longstanding customer BMW is impressively demonstrating how to successfully make vehicles more efficient yet more dynamic at the same time,” says Dr. Jürgen Greiner, head of Passenger Car Transmission Development at ZF Friedrichshafen AG. “Therefore, we are particularly delighted that the premium manufacturer is the first OEM to rely on the second generation of our 8-speed automatic transmission that, when it comes to these criteria, is also groundbreaking. Through many further developments, we have made the 8HP significantly more efficient compared to the predecessor transmission – up to three percent in total”.

The new 8HP entered volume production at the start of July in the BMW 520d as the 8HP50 version that is designed for torques of up to 500 Nm. In the future, the 8HP75 will be part of the ZF portfolio for drives with torque of up to 750 Nm.

Gradually, all further automotive manufacturers to whom ZF has already supplied the 8HP in over 1 000 vehicle applications will utilize the latest generation of the 8-speed automatic transmission.

8HP Optimized for downsizing and downspeeding

The new 8-speed automatic transmission combines several technological advances: Above all, ZF has further optimized the new transmission generation for the requirements of modern engine technology. This is due to the fact that, in order to meet the forthcoming CO2 emission specifications without losses in terms of torque and performance, there are two central trends when it comes to combustion units: Downsizing, which means turbocharged engines with fewer cylinders and less engine displacement and downspeeding, which is the reduction of the engine speeds combined with a maximum torque that is applied at a very early stage.

It is the reduction of the speeds in particular that demands transmissions with a higher spread which is the reason why ZF has increased it from 7.0 to 7.8 on the new 8HP by means of optimized gearsets. “This measure alone reduces the speed across all gears by 50 revolutions per minute on average and reduces fuel consumption by almost one percent,” explains Jürgen Greiner. Furthermore, the ZF developers have succeeded in reducing the internal transmission losses. This is primarily ensured by the new multidisc separation: Additional springs integrated into the multidisc packages of the shift elements ensure that the friction shift elements are almost fully opened and, consequently, cause less drag torque. “Compared to the first 8HP model range, we have reduced the power losses by more than two-thirds with the new generation,” emphasizes Greiner. 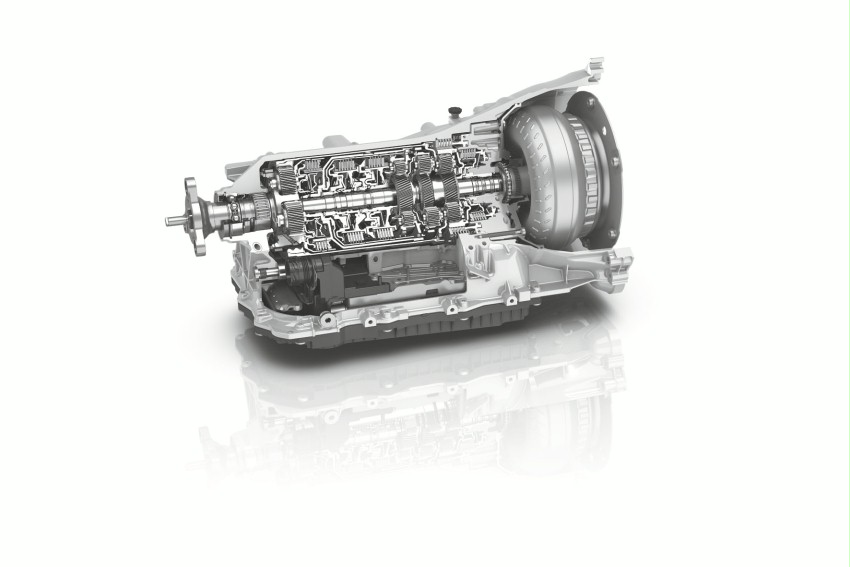 Meanwhile, a further innovative function minimizes the creeping torques: A clutch is now fully opened during deceleration and when the vehicle is stationary. “Consequently, it is no longer necessary to ‘brake’ against the drive,” explains Jürgen Greiner. Another positive effect is that the oil pump belonging to the ZF automatic transmission works with a system pressure that has been reduced from 5 to 3.5 bar and, as a result, requires less energy overall.

Furthermore, the objective was to take the changing vibration behavior of the units into account. Therefore, all 8HP automatic transmissions feature advanced torsional vibration dampers: These dampers eliminate the vibrations that occur on the engine side so that they are unable to move further along and into the driveline and the body. The newly developed torque converter contributes to downspeeding because the hydrodynamic transmission of power can be bridged more quickly – this enables traveling with a closed lock-up clutch at an early stage and at an extremely low engine speed.

The tailored uncoupling of the transmission in connection with a temporary engine stop, the so-called coasting function, is now possible at speeds up to 160 km/h. At the other end of the speed scale, ZF has optimized the optional start/stop function of the 8HP: After the vehicle has come to a stop, it stops the engine without any discernible delay – instead of after 1.5 seconds as was previously the case.

It is harder and harder to optimize the efficiency of an automatic gearbox while maintaining its cost. Don’t you think that engineers should stop focusing on the automatic gearbox which is a mature technology and work more on the dual clutch gearbox that has similar features at a lower cost?