It is a fact that electrification reduces fuel consumption in hybrid vehicles and enables electric vehicles to travel with zero emissions. Yet for Dr. Rolf Bulander, member of the board of management at Robert Bosch GmbH, there’s more to it than that. “Electromobility is not just a matter of emissions and costs. It’s also a question of dynamics, power and driving enjoyment. In short: electromobility is about going beyond pure calculation to generate more emotion,” says Bulander, who is in charge of powertrain technology at Bosch. The company is working on electric and hybrid drives that can do more than cut fuel consumption. For example, a new torque-vectoring function features a separate motor to drive each axle or even each individual wheel.

Bosch has already put individual-axle drive into series production with PSA. In the Peugeot 3008 Hybrid4, the electric motor drives the rear axle, while the internal-combustion engine is connected to the front axle. That means anyone who buys this diesel hybrid model gets all-wheel drive as standard. This arrangement is called the axle-split hybrid. Bosch prototypes show that the principle of individual-axle drive could be expanded still further in the future using compact electric motors. Such an expanded torque-vectoring function relies on giving each wheel on the front axle its own electric motor. Road holding is improved by the way these motors are connected, which lets them brake and accelerate the wheels individually. This function could eventually enhance sports cars’ cornering, even in borderline skid situations, as well as making it easier to handle SUVs on challenging terrain. 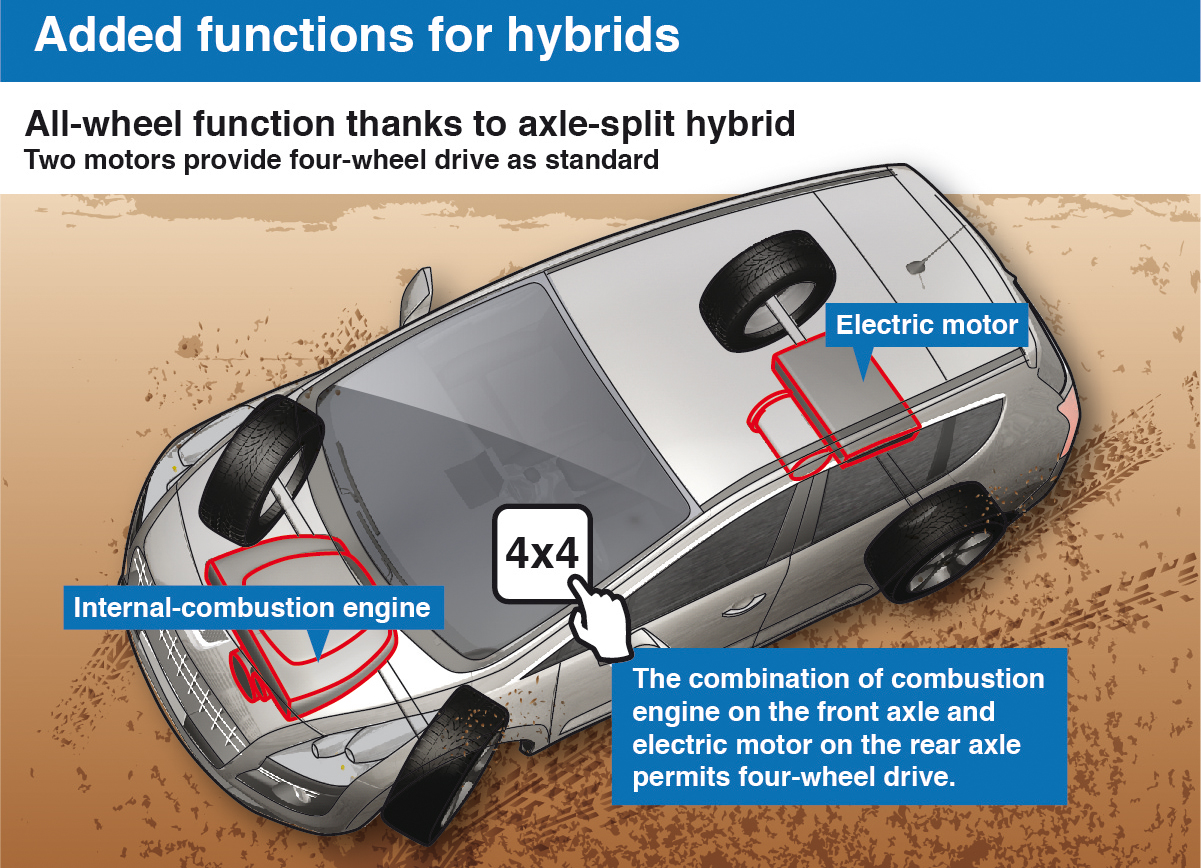 Thanks to electric motors, as soon as the driver hits the gas pedal, the torque is there immediately – this lets electric cars pull away from traffic lights as if they had a high-performance combustion engine. One example of this is the Bosch SMG 180/120 electric motor, which powers models such as the smart fortwo electric drive and the Fiat 500e. In hybrid vehicles, however, the electric motor often serves as support. That this can also increase driving enjoyment is shown by the boost-recuperation system. In Bosch’s new 48-volt hybrid, a generator supports the combustion engine with 150 newton meters of torque to deliver additional forward drive. Bosch’s high-voltage hybrid technology also enables purely electric driving, for example in the Porsche Panamera plug-in. What’s more, the electrical components support the combustion engine, allowing it to run at more efficient operating points. 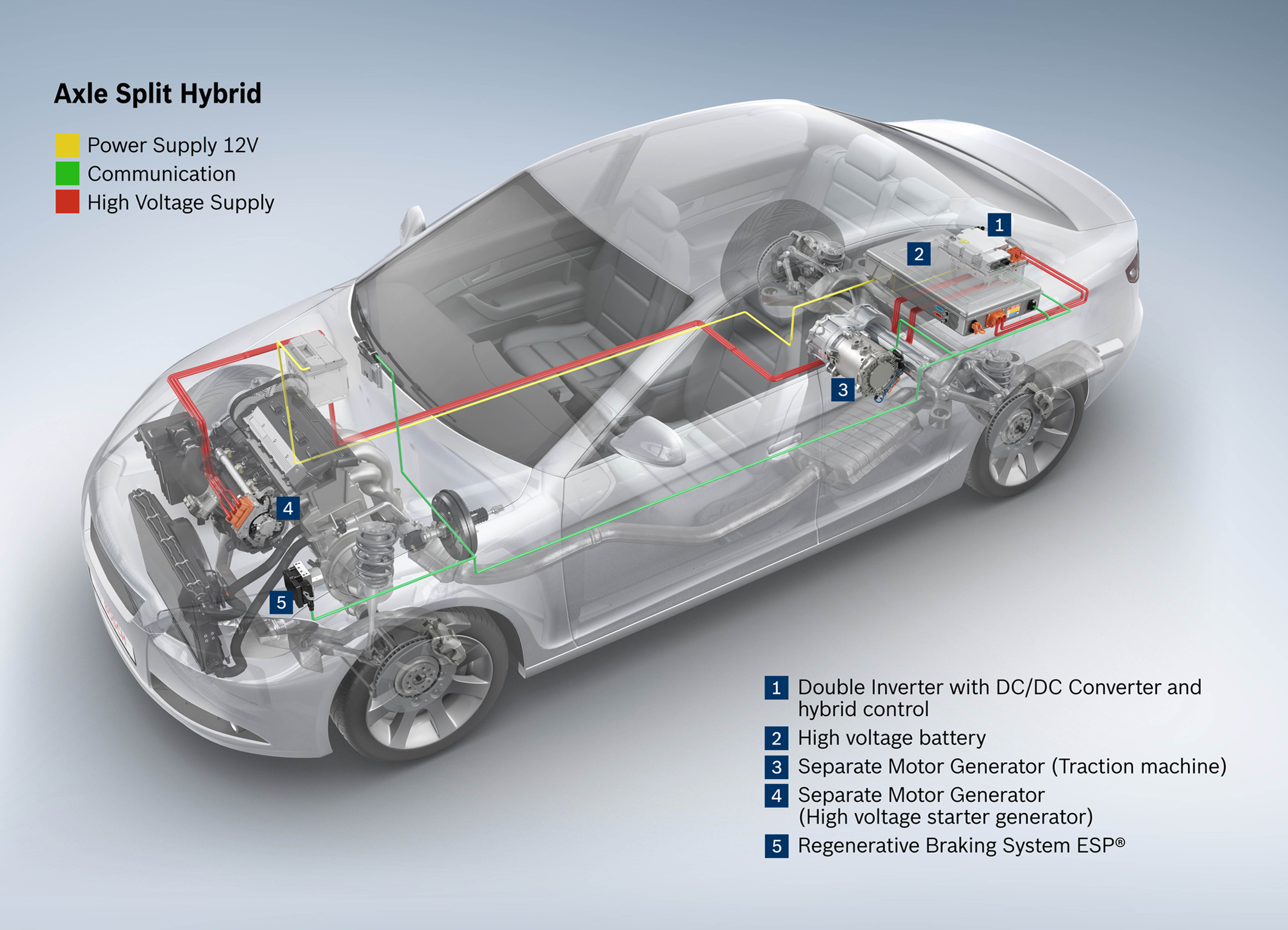