Almost one-third lower fuel consumption. Volvo Trucks’ new concept vehicle shows how it is possible to drastically boost productivity in long-haul operations. Among the secrets behind these fuel savings are aerodynamic design and lower kerb weight.

With support from the Swedish Energy Agency, Volvo Trucks has developed a new concept vehicle, the Volvo Concept Truck. It is the result of a five year long research project aimed at creating more energy-efficient vehicles. The new concept truck cuts fuel consumption by 30 %. 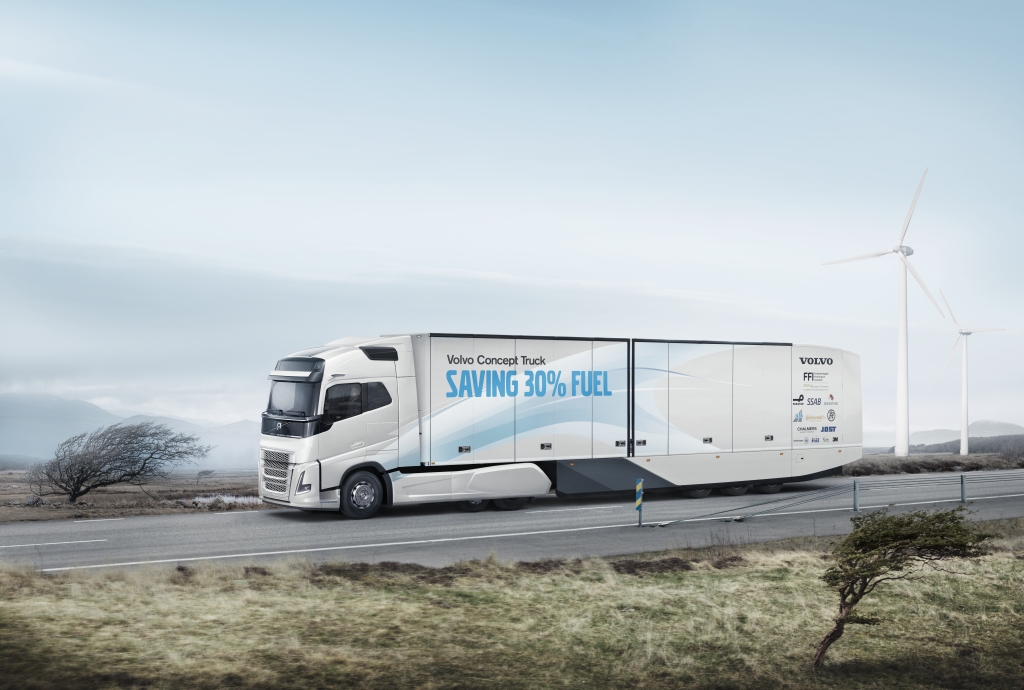 “We continuously work on developing more energy-efficient vehicles. This is a high-priority area both out of environmental concern and in order to reduce our customers’ costs. We’re proud to be able to drive this development. Our concept truck showcases the immense power of on-going technical advances,” says Claes Nilsson, President and CEO Volvo Trucks.

One of the key factors behind the low fuel consumption is the 40 % improvement in aerodynamic efficiency that has benefited both the tractor and trailer.”We’ve modified the entire rig and optimized it for improved aerodynamics as much as possible. For instance, we use cameras instead of rear-view mirrors. This cuts air resistance, so less energy is needed to propel the truck,” explains Åke Othzen, Chief Project Manager at Volvo Trucks.

In addition to the aerodynamic improvements, the concept vehicle is fitted with newly developed tires with lower rolling resistance. The trailer weighs two tons less than the reference trailer, which translates into either lower fuel consumption or the possibility of higher payload. The project also includes an improved driveline. The rig was test driven on Swedish roads in autumn 2015. 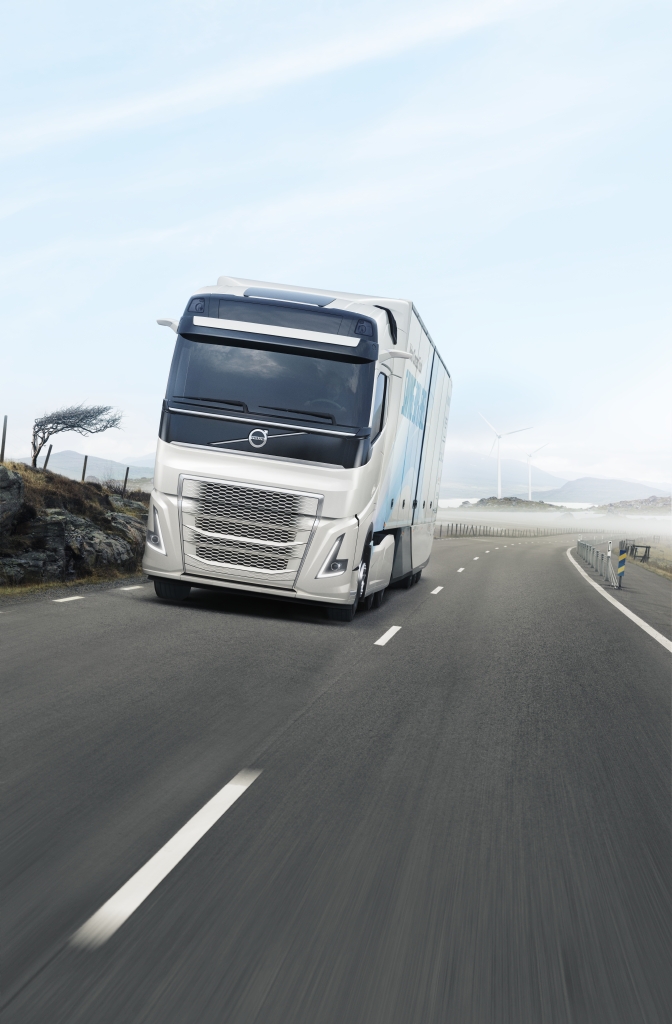 Work on the Volvo Concept Truck has been in progress since 2011. The aim is to improve the efficiency for long-haul truck transportation by 50 %.

Since the concept vehicle is part of a research project it will not be available on the market. However, some of its aerodynamic features have already been implemented on Volvo Trucks’ series-produced vehicles, and more of its solutions may be fitted in the future.

The research project is a bilateral joint venture between Sweden and the USA involving support from the Swedish Energy Agency and the U.S. Department of Energy. The American SuperTruck project aims to increase transport efficiency for long-haul operations on the North American market. 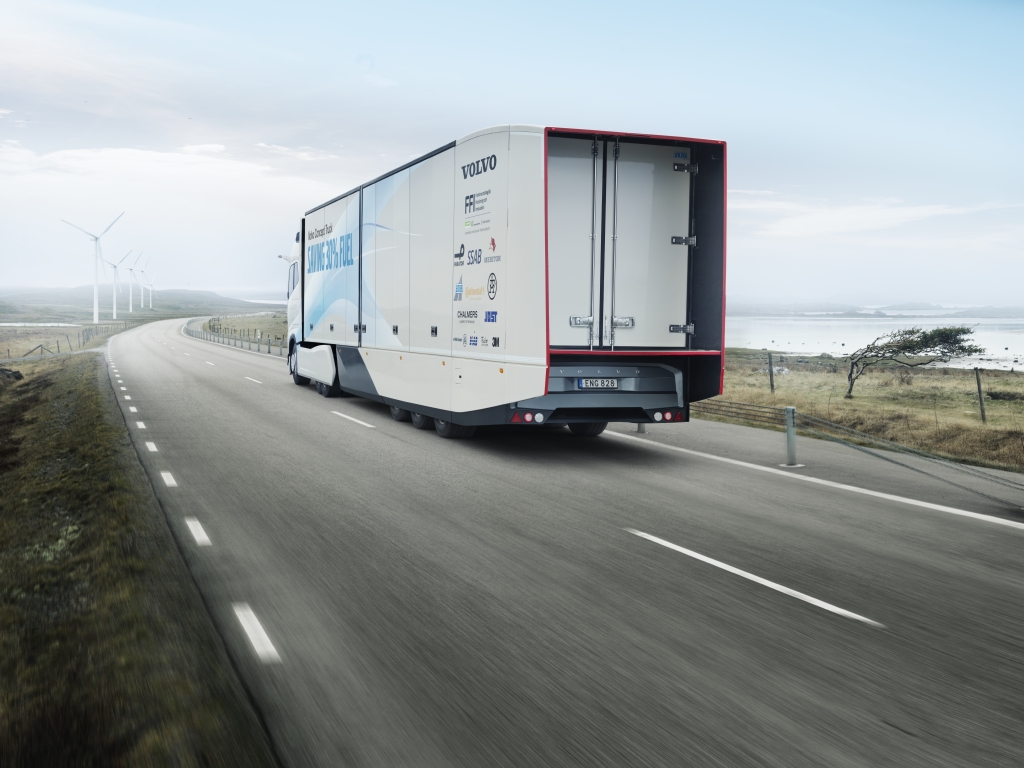