Some people have suggested that future engines will all be direct injection designs, but in fact dual-injectors seem to deliver better fuel economy than direct injection in low-displacement engines. The technology seems likely to establish a place for itself as a viable engine design choice. Fuel droplets from the injectors travel through the port, and there are two ways they can enter the combustion chamber: ride in on the air current as droplets, or hit the port wall and slide in along it as a film. Automobile manufacturers are adopting dual-injector engines so that they can use the former approach – droplets – with even smaller drops than ever before.

Japanese automobile manufacturers are adopting dual-injector engines for the past few years. Nissan Motor Co., Ltd. commercialized the technology in its Juke in 2010, following by the Swift from Suzuki Motor Corp. in July 2013, and the N-WGN from Honda Motor Co., Ltd. in November 2013.

All three firms were quick to adapt the technology to other models. Suzuki added the same dual-injector engine as the Swift to its Solio, with minor modifications, in November 2013, and in December that same year Honda switched its N-BOX and N-BOX+ models over to dual-injector engines. These additions contributed to major growth in the number of dual-injector vehicles being manufactured. Nissan, meanwhile, mounted the same engine as the Juke in its Cube and AD/AD Expert models in the Japan market, revealing its trust in the dual-injector design by putting it in commercial vehicles, which face such stiff requirements for cost performance. The company has also put dual-injectors into the 1.5L Sunny and 1.6L Tida vehicles in China, and the 1.6L Versa for North America.

Suzuki not only improved the engine, but also added its “energizer” regenerative braking system, achieving a total fuel economy improvement of 21%, from 21.8 to 26.4 km/l.

A comparison of Brake Specific Fuel Consumption (BSFC) for the Suzuki engines is revealing. The old design couldn’t drop below 240 g/kWh until it reached an engine speed of 2000 rpm, but the dual-injector engine attained it at about 1200 rpm. Torque also dropped below 240 g/kWh about 10Nm lower than in the prior design. 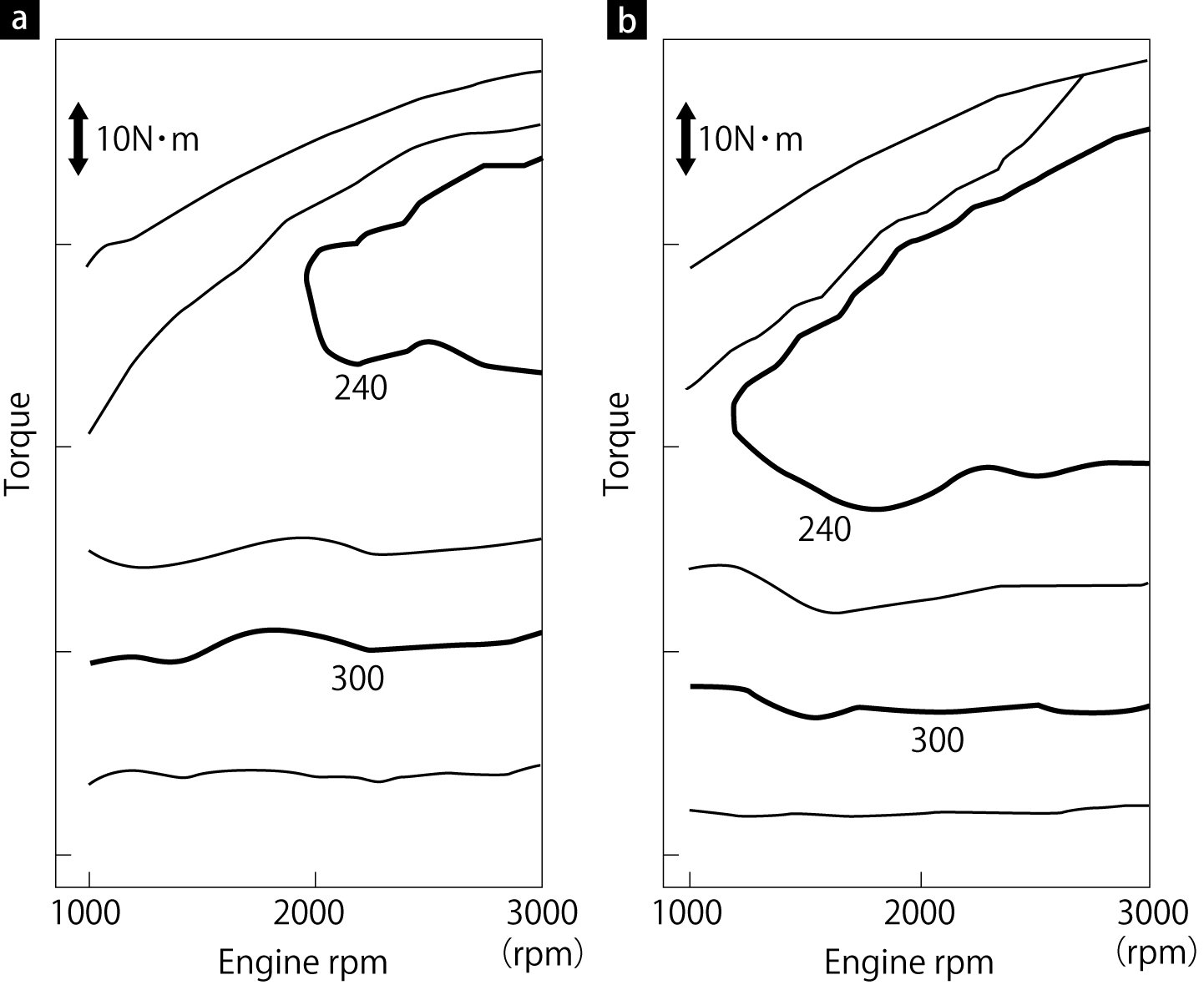 Suzuki still lists the prior single-injector engine Swift in its catalog, and the price difference is between 82,000 and 112,000 yen (excluding tax). The company says that about 60% of sales are dual-injector models… 60% of the customers are willing to pay that much of a price difference to improve their fuel economy.

This technology choice seems to be a good alternative to direct injection for improving fuel economy. However, it is mostly used in small displacement engines, for small urban cars where the cost is the number one requirement. Dual-injectors engines might be much costlier than current indirect injection engines, so I bet that this technology is specific to Japan market because there are many fuel consumption incentives that balance the cost increase. That could be a reason why this technology is not emerging in Europe. Do you think that small European engines will adopt this dual-injectors technology in a near future?
Tweet