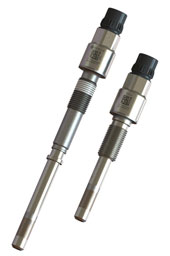 Development partners Sensata and Beru released their first generation CPS in series production in 2007 which made it possible to directly measure the combustion process in a diesel engine by incorporating a sensor into the glow plug (as in Opel engines). The device enabled diesel automakers to eliminate up to 90 percent of harmful pollutants and boost fuel economy, helping to meet Europe’s strict emission standards.

Daimler is the first company in the world to launch high volume production with the innovative CPOS for the majority of their diesel engines. In a presentation at the 10th International Symposium on Combustion Diagnostics in May 2012, Ruediger Pfaff, Manager of Diesel Combustion Technology Development for Daimler, described the benefits of combustion pressure sensors in a presentation on development work Daimler is doing to lower emissions and fuel consumption of diesel engines by using closed-loop combustion control.

Mr. Pfaff stated, that, after extensive testing, which started with the installation space and manufacturing investigations of the cylinder head and culminated in numerous sensor and endurance tests, Daimler favored Sensata’s stand-alone solution. Estimates are that use of combustion pressure sensors can reduce fuel consumption by 2 percent, reduce nitrogen oxide raw emissions by up to 30 percent and compensate for fuel quality differences.

The ability to incorporate future pressure sensor and glow plug innovations in a standardized manner independently of each other in the different engine type numbers or country variants was also seen as a major advantage.

Sensata Engineering Manager Marc Borgers said, “During the early development work with Daimler, we focused on delivering a robust solution able to withstand high temperatures and heavy soot conditions. The capabilities of CPOS have been proven by extensive validation tests and many field tests. Its accuracy (< +2%) over its lifetime bodes well for future functions such as power boosting and improved engine diagnostics and could help alleviate the cost of complex and expensive exhaust after-treatment solutions.”

Such a sensor is really difficult to package in the cylinder head. It implies a redesign of it and hence an important investment in terms of tooling costs. A lot of manufacturers are not ready to pay for such a manufacturing investment. Hence, this kind of innovation should be considered when it is planned to change the cylinder head tooling, for a new engine platform for example, and at the really beginning of the project. I guess that explains why so few OEM have installed a cylinder pressure sensor on their engines. Do you think this kind of sensor will equip all of the engines in the future? And if yes, when?

1 thought on “A new cylinder pressure sensor offered by Sensata”