Since 1 June 2012, the people of Lyon have had the opportunity of seeing the world’s largest all-electric truck on their roads. Developed by Renault Trucks on a Midlum vehicle chassis in partnership with PVI and IFP Énergies nouvelles, this 16 t vehicle emits no CO2 and generates no noise nuisance when in motion. It was operated under real life conditions by logistics specialist STEF on behalf of its client Carrefour France until the end of December 2013. After delivering fresh and frozen goods for 18 months and covering a total of 16,000 km, technical and environmental appraisals are presented today. 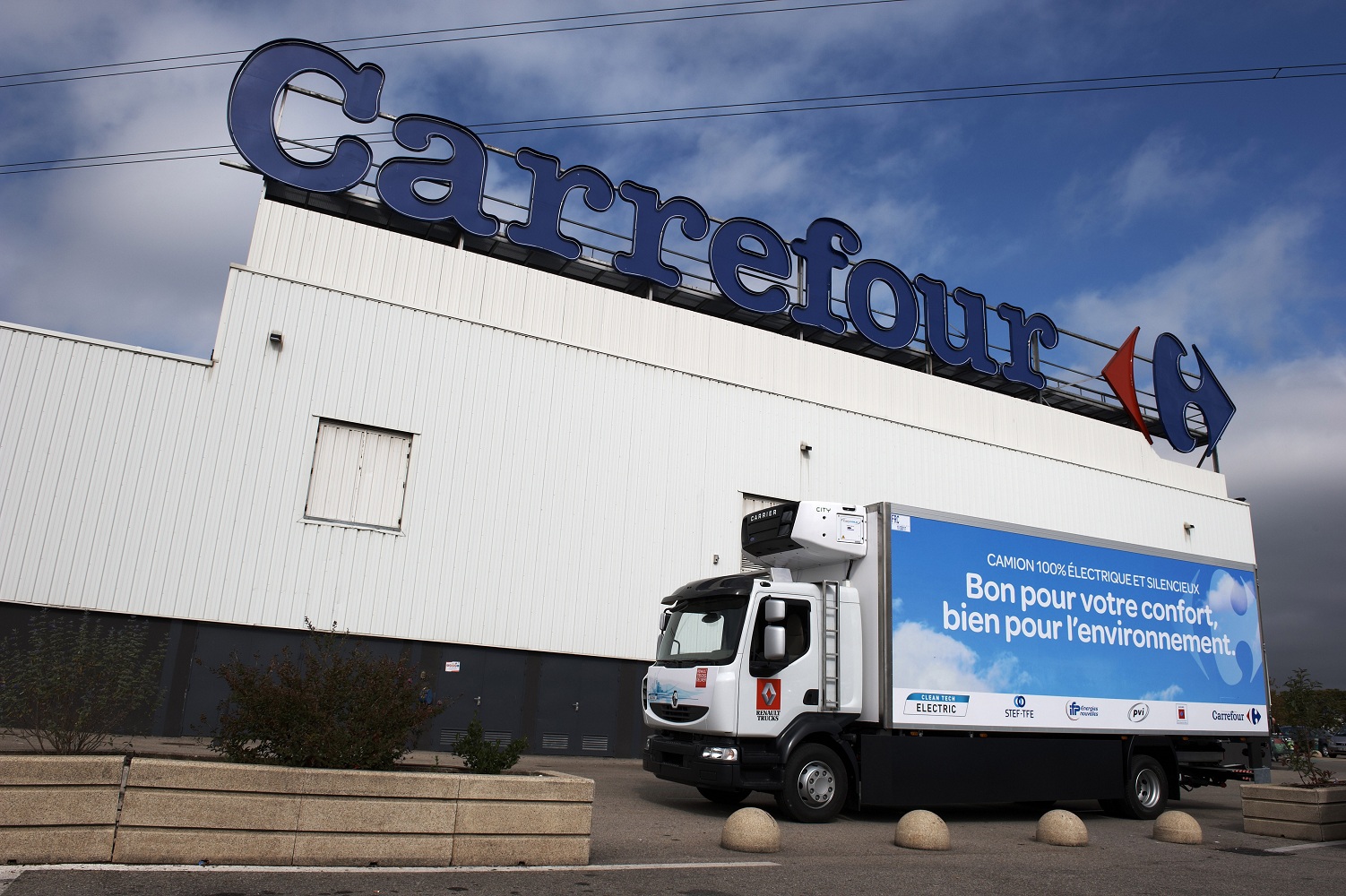 This electric vehicle records a drop of 86% in CO2 emissions produced from the well to the wheel compared with its equivalent equipped with an internal combustion engine. “If this figure is applied to the ton carried, it represents only 2.3 kg of CO2 emitted per ton!” explains Christophe Vacquier, Renault Trucks’ product manager. He continues: “That’s seven times less than an equivalent Diesel vehicle! When used under actual operating conditions, this vehicle demonstrated it consumed only 0.95 kWh per kilometer travelled. This is very little and all the more remarkable since that figure not only includes the energy needed for the vehicle’s propulsion, but also the power used for operating auxiliary equipment such as the cooling system for the refrigerated body or cab heating.”

Another conclusion coming from this real-life test was the vehicle’s capacity to convert its inertia into energy. “During deceleration phases, the propulsion motor becomes an electrical generator which recharges the batteries. 25% of the energy used by the vehicle comes from this generator,” explains Christophe Vacquier. “This is a very high figure and rather unusual for an electric vehicle. Here again it is able to make energy savings and it proves the driver had been able to drive it in the most appropriate manner.”

Finally, it should be noted that all these observations were backed by reliability figures: “The only technical problems we had were due to settings or bad electrical contacts, which we were able to solve rapidly”, the project manager concluded.

Nadège Doubinsky, vehicle technical director for STEF, was also positive about the results. “STEF pays great attention to the most efficient and environmentally friendly technologies. This quiet running vehicle gave us access to a night time delivery slot (from 5 AM to 7 AM) allowing us to respect the peace and quiet of those living in the vicinity. It projects a very positive image to clients and local inhabitants. The only point that needs improving is the vehicle’s operating range. 100 km is not enough for the length of rounds we do in the town center.”

The driver also shared its conclusions. “This vehicle is very easy to drive, just like any other vehicle. It didn’t take me any longer to do my rounds. I appreciated its automatic gearbox and its silence. I think it’s the ideal vehicle for making deliveries in town!”

This experiment with a 16 t electric vehicle has enabled Renault Trucks, PVI and IFP Énergies nouvelles to expand their knowledge in the field of vehicles running on alternative energies. 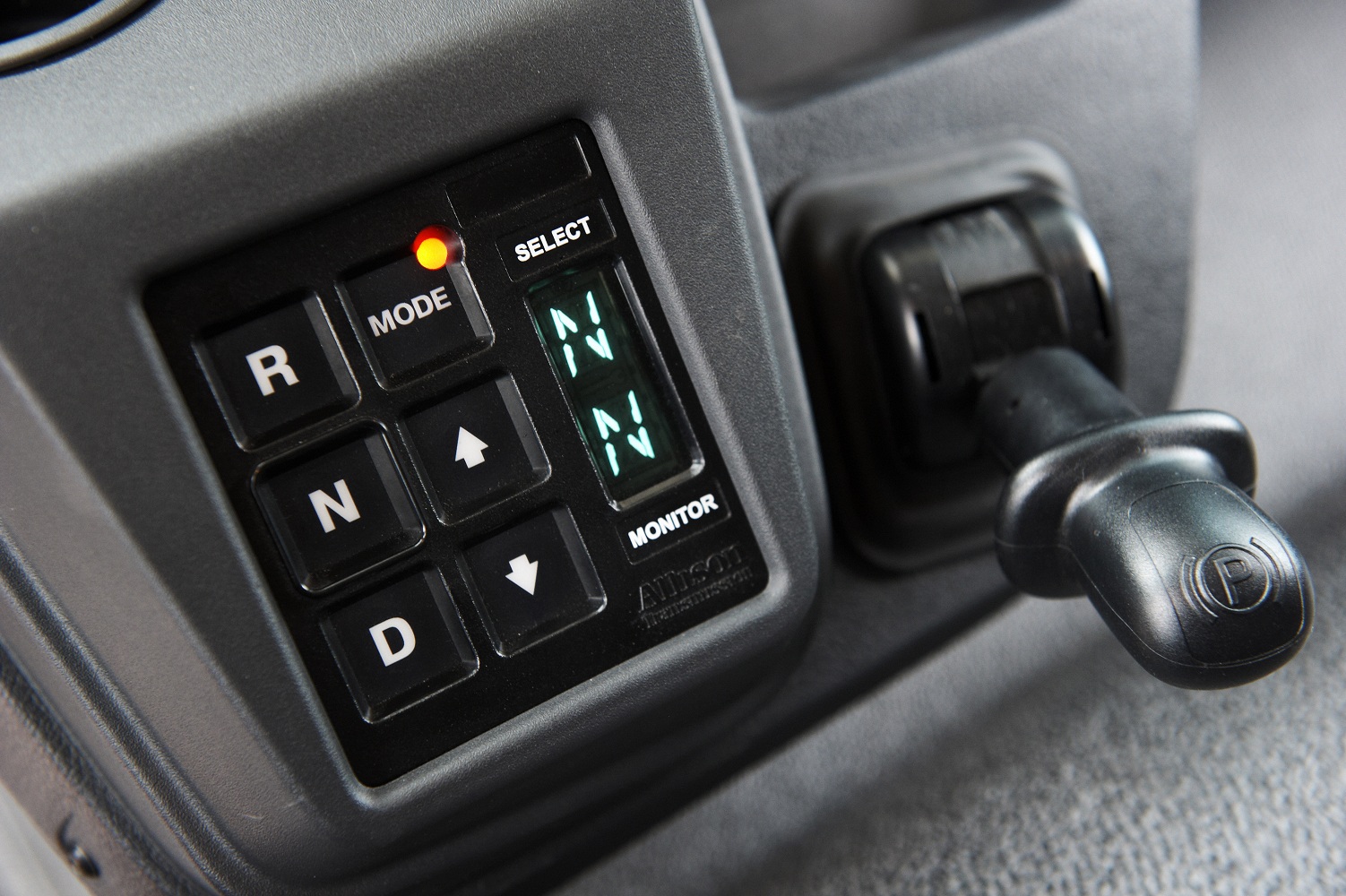 The test was conducted in two phases. The first was from June to December 2012, with the vehicle delivering fresh products to three Carrefour City stores in Lyon, with rounds of about 40 km a day. The second, from January 2013 to the end of December 2013, involved the vehicle delivering frozen products to six Carrefour Market shops in the Lyon area with rounds of some 90 km a day. The length of the test made it possible to see how the vehicle performed under all weather conditions and in temperatures ranging from -8° to +32°C. 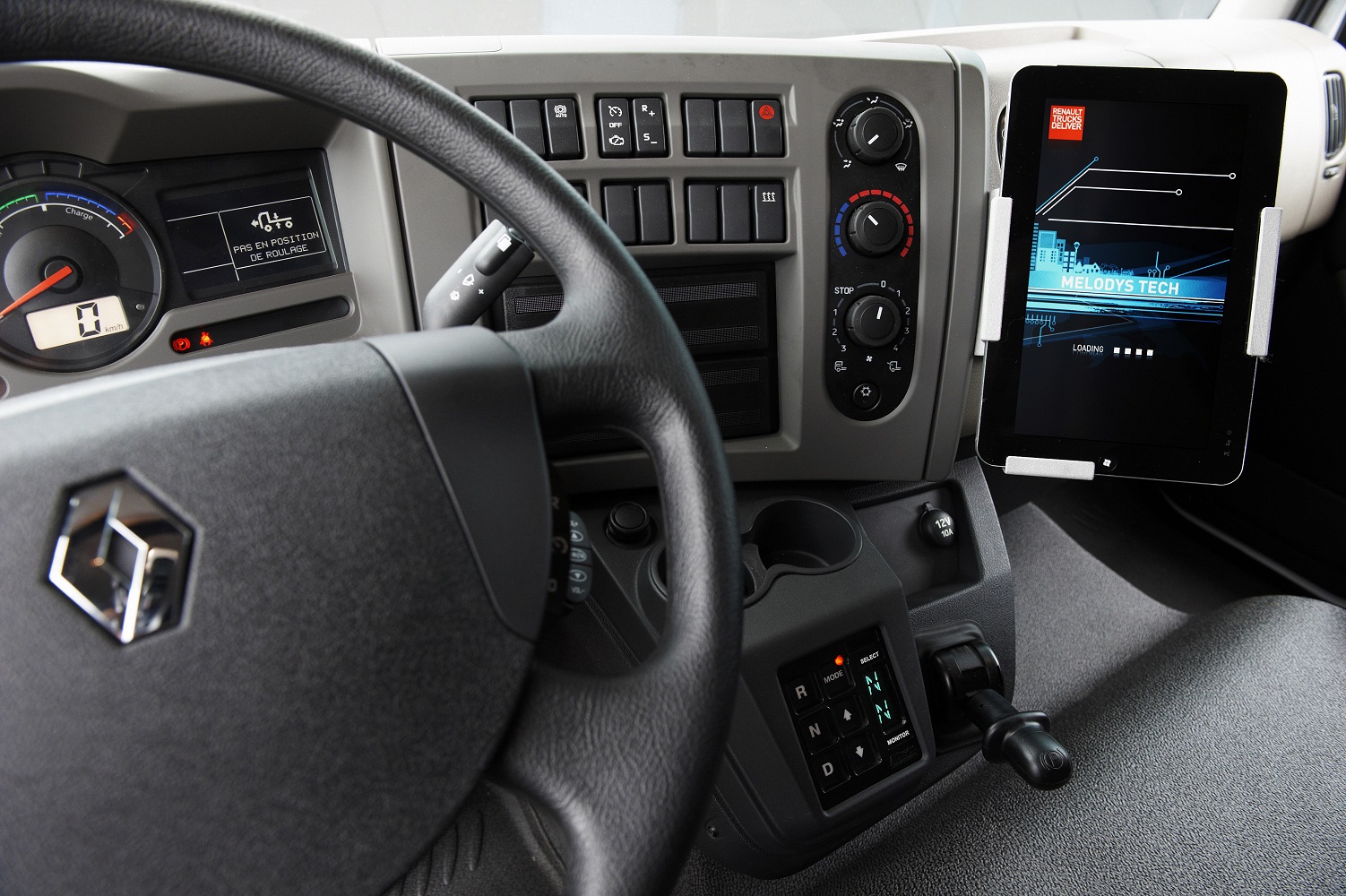 The drop in CO2 emissions from the well to the wheel was calculated on the basis of the French energy mix, which is 92 g of CO2 for the production of 1 kWh (source: International Energy Agency 2011).

Having 2 tonnes of battery on-board decreases the payload in a critical manner. If we add the fact that the vehicle is much more expensive, I feel that the business case is not positive yet for transportation companies like STEF. Do you think that, with the current technology, some good transportation companies are ready to accept those drawbacks and to buy electric medium duty trucks?