Volvo Car Group and Flybrid Automotive, part of the Torotrak Group, have been conducting UK tests of lightweight Flybrid® flywheel KERS technology that aims at boosting performance while reducing fuel consumption and emissions.

The four-year partnership, using real-world driving data from tests on public roads and test tracks in both Sweden and the UK, has shown that the flywheel-based hybrid technology can deliver an 80 hp performance boost, together with fuel savings of up to 25 per cent. The research forms part of Volvo’s continued Drive-E Powertrain research and development program.  Just like its recently launched D4 engines, which combine 181 hp performance with CO2 emissions of 99 g/km, the Flybrid® KERS tests deliver similarly results and tend to confirm that it could be a lightweight, financially viable and efficient solution. 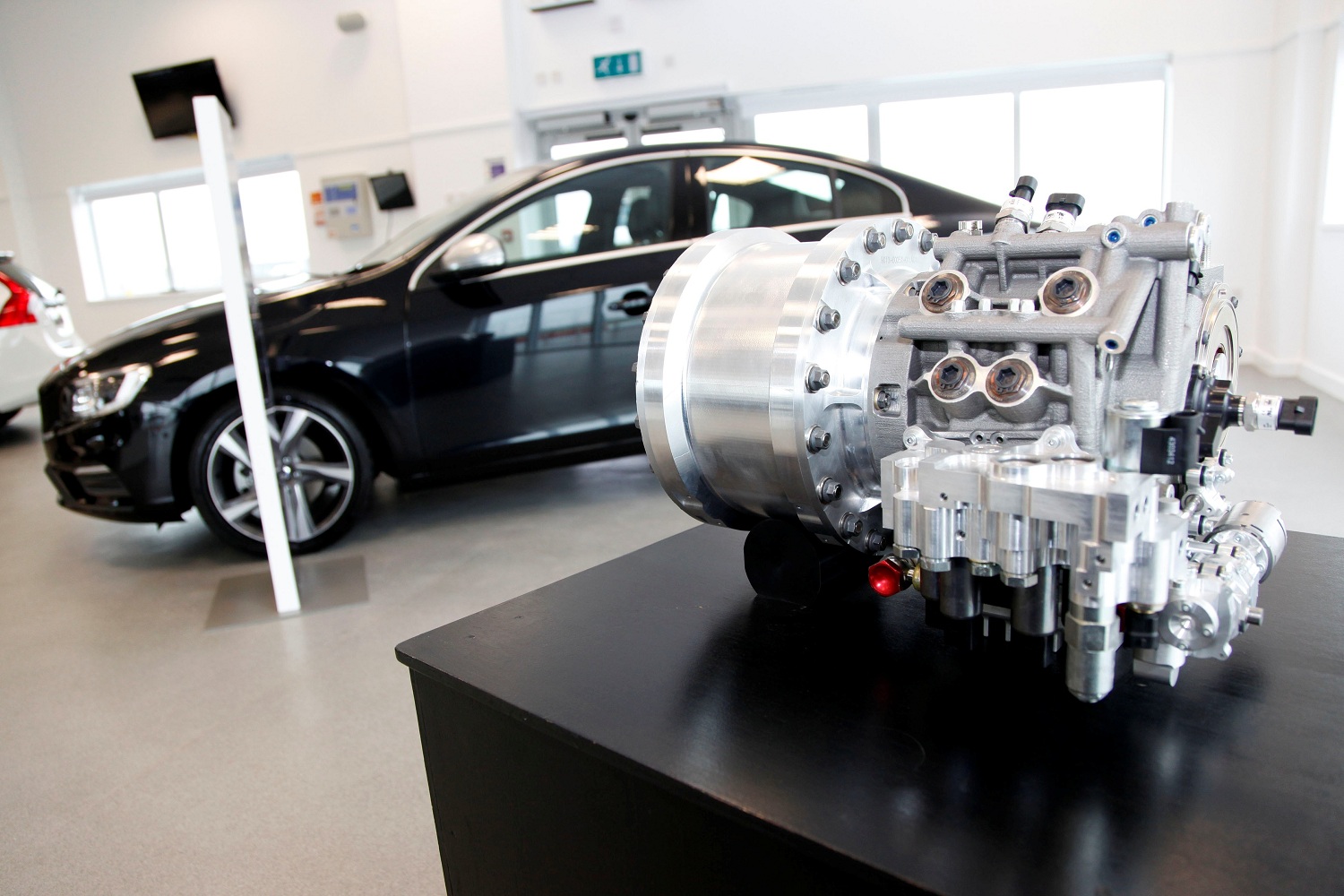 The system is the first full-scale trial of a rear-axle mounted flywheel system in a front-wheel-drive passenger car and is the result of a partnership between Flybrid, Volvo and the Swedish government. Flybrid Automotive founder Jon Hilton, now Commercial Director of Torotrak plc following Flybrid’s acquisition by the Group in 2014, is pleased to support Volvo’s UK testing: “This car is a great demonstration of how close to market this technology could be, and how class-leading fuel efficiency can be combined with real performance and driver enjoyment.”

The Flybrid® KERS (Kinetic Energy Recovery System) is fitted to the rear axle of an S60 powered by a 254 hp five-cylinder T5 petrol engine. Under braking, kinetic energy which would otherwise be lost as heat, is transferred from the wheels to the KERS, and is used to spin a 6 kg carbon fiber flywheel at up to 60,000 revs per minute. When the car starts moving off again, energy stored in the spinning flywheel is transferred back to the rear wheels via a specially designed transmission, and can either boost power or reduce load on the engine. The combustion engine that drives the front wheels is switched off as soon as braking begins. The energy in the flywheel can then be used to accelerate the vehicle when it is time to move off again or to power the vehicle once it reaches cruising speed. 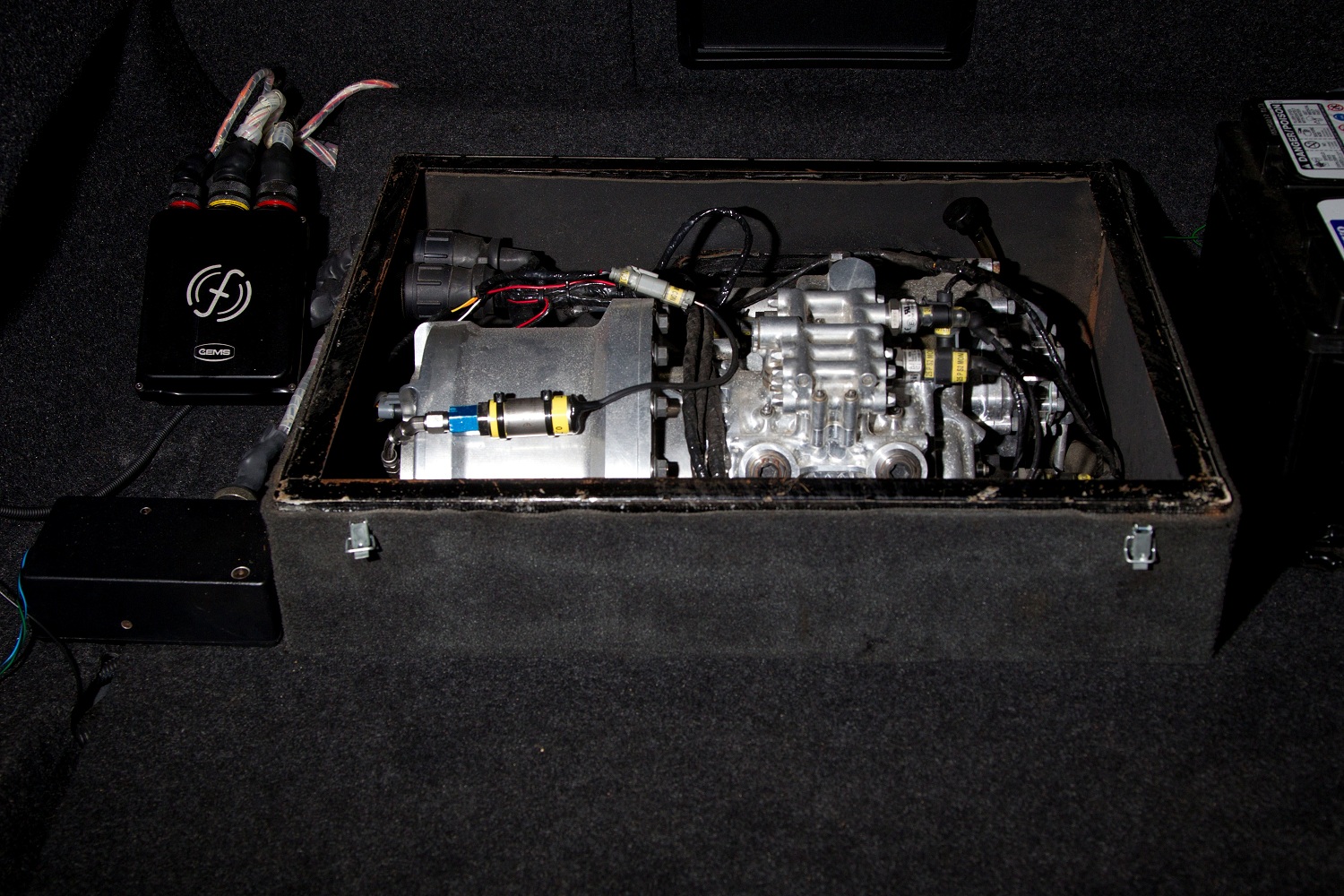 “The flywheel’s stored energy is sufficient to power the car for short periods. This has a major impact on fuel consumption. Our calculations indicate that it will be possible to turn off the combustion engine about half the time when driving according to the official New European Driving Cycle,” explains Derek Crabb, Vice President Powertrain Engineering at Volvo Car Group.

Since the flywheel is activated by braking, and the duration of the energy storage – that is to say the length of time the flywheel spins – is limited, the technology is at its most effective during driving featuring repeated deceleration and acceleration cycles. In other words, the fuel savings will be greatest when driving in busy urban traffic and during active driving.

If the energy in the flywheel is combined with the combustion engine’s full capacity, it will give the car an extra 80 horsepower and, thanks to the swift torque build-up, this translates into improved acceleration. The experimental car, a Volvo S60 T5, accelerates from 0 to 100 km/h around 1.5 seconds quicker than the standard vehicle. The KERS drive to the rear wheels also offers the experimental car part-time four wheel drive to add extra traction and stability under acceleration. 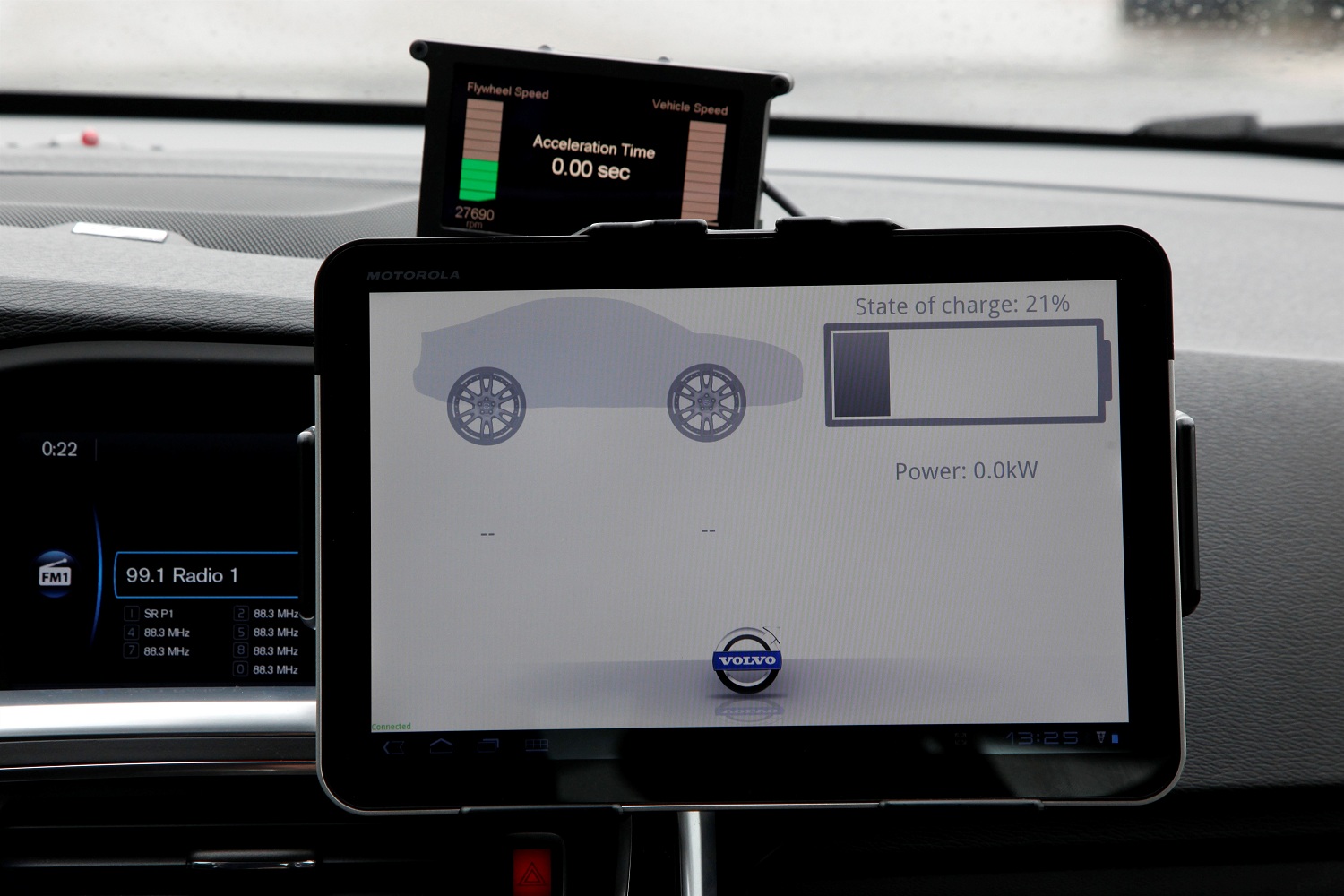 Carbon fiber used for the flywheel

The Flybrid® flywheel that Volvo Cars used in the experimental system is made with the combination of a steel hub and carbon fiber outer. It weighs about six kilograms and has a diameter of 20 centimeters. The carbon fiber wheel spins in a vacuum to minimize frictional losses.

A company like Volvo must be very confident to keep working on flywheel concept as they are nearly the only ones on the market working with that technology. Despite the fact that the tests are showing good feature results, they will need to proof the safety of such a new concept, even more with the upcoming ISO26262 functional safety standard. Do you think they will manage to conduct a full development of the technology, to allow production and commercialization in a near future? If they manage so, do you think that there will be any customer acceptance?