The pursuit of this goal to be the industry’s benchmark calls for widespread use of the technique of downsizing of internal combustion engines. Meanwhile, after standing out as a pioneer of the technology in the 1970’s through motorsport, Renault is gradually extending turbocharging across its range. Innovations@Renault sees Renault present three engine-related innovations which take this approach even further:

A tilt of 49 degrees for the three-cylinder engine

This innovation consists in modifying the Energy TCe 90 engine’s angle of tilt to permit its use when space is at a premium because of the vehicle’s architecture. The resulting angle led to the revision of approximately half its component parts.

The engine is equipped with an electric waste gate which is precision-controlled to minimize CO2 emissions and enhance driving enjoyment. It also comes with the recent innovations aimed at reducing friction (variable-displacement oil pump and special surface treatments, notably of the pistons and cam followers).

This innovation reduces the space taken up by the powertrain and opens up opportunities for new vehicle architectures.

Twin-turbocharging opens up new opportunities for the downsizing of internal combustion engines in order to enhance driving enjoyment while at the same time optimizing fuel consumption and CO2 emissions. 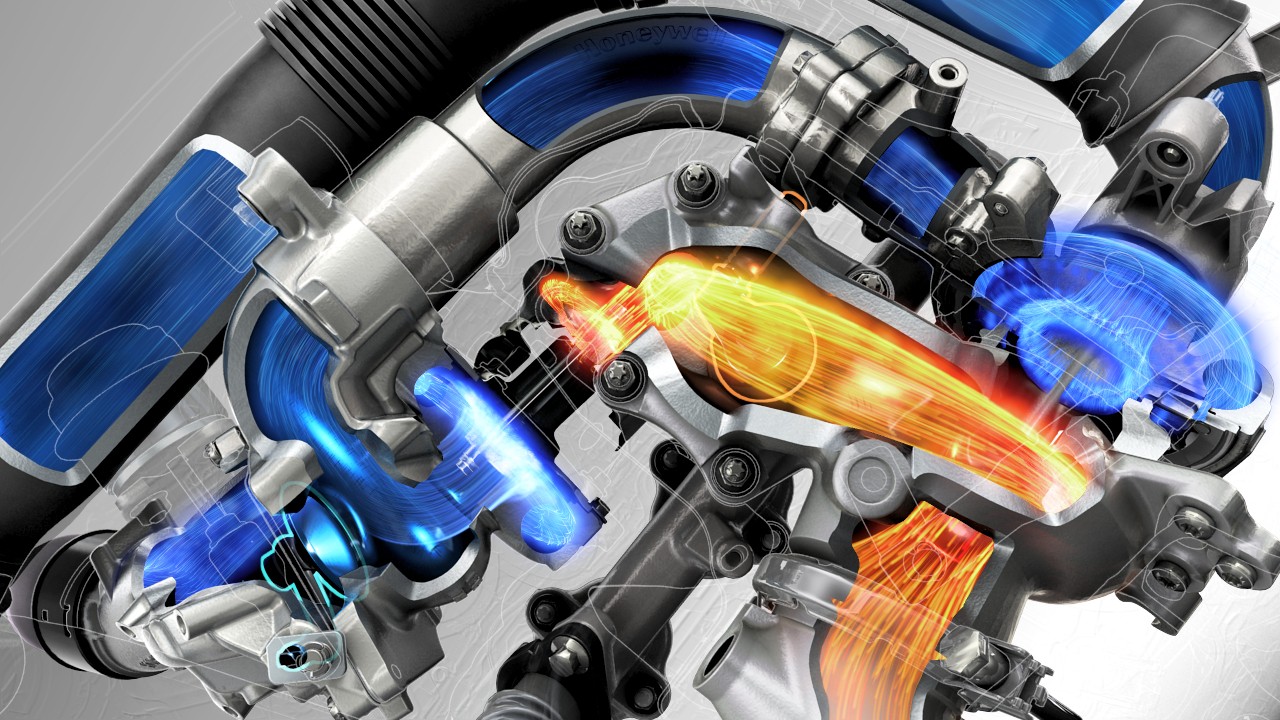 Used by high-performance diesel engines, this technology features two turbochargers in-line which enable acceleration response to be optimized at all engine speeds:

The use of twin-turbocharging for diesel engines reconciles the quest for torque at low revs and high-end power. The engine functions at a speed that ensures optimal efficiency to provide low fuel consumption and CO2 emissions in line with the pleasure derived by the driver.

Given that steel dilates less than aluminum when hot, steel pistons dilate less than their aluminum counterparts, resulting in smaller clearances between the pistons and cylinder walls at high temperatures. There is consequently less friction which in turn enhances combustion efficiency for estimated CO2 emissions savings of around three percent (NEDC cycle).

Although heavier, steel is also more rigid, which means that pistons can be machined along their length, allowing the skirts to be shortened to maintain the same overall mass as an aluminium assembly. This principle is similar to that seen in Formula 1. Indeed, Renault’s research and development work to improve its production engines capitalizes on the brand’s expertise as an F1 engine maker which has seen it claim 12 Constructors’ world titles.

Those technologies are very innovative for gasoline engines. However, they are expensive to implement from a manufacturing and product cost perspective. Don’t you think Renault should develop low cost engines to conquer emerging markets instead of focusing on mature markets where sales are stagnating?