The story of the design of the XX program’s latest product, named Red Dot Best of the Best

It was designed and built specifically for the track with efficient aerodynamics and a sophisticated engine. Sebastian Vettel uttered an unforgettable “Mamma mia!” when he got his first taste of its power. Ironically, however, it has now won its first prize – the Red Dot Best of the Best Award – for its design rather than its performance. 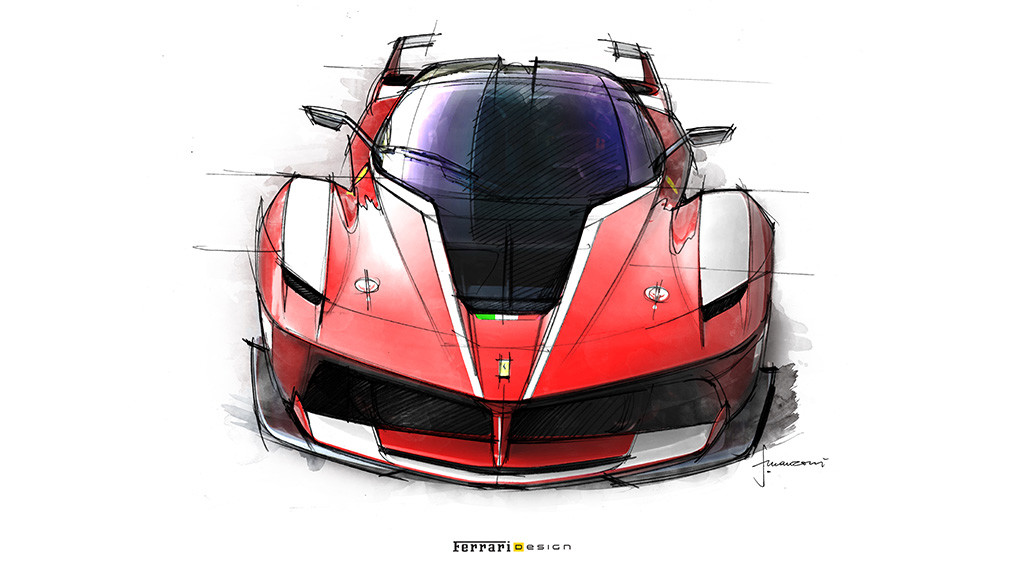 We’re talking, of course, about the FXX K, unveiled officially at the last Finali Mondiali in Abu Dhabi and the fruit of a symbiotic partnership between Ferrari’s GT and GES racing divisions. Arriving almost two years after the launch of the Prancing Horse’s most powerful ever road car, LaFerrari, this extreme version was designed exclusively for track use.

For Flavio Manzoni and his team at the Ferrari Styling Centre, it provided the perfect opportunity to unleash the full power and potential of the original design. The car’s good looks are absolutely functional and every line has been designed to enhance its performance. The FXX K’s striking good looks and detailing are the results of work done hand-in-glove with Ferrari’s aerodynamicists.

All of the bodywork panels have been radically modified to generate extra downforce but, of course, without impinging on the car’s aesthetic. For instance, flaps are mounted on top of vertical rear fins that recall the tails of fighter planes. The fins are integrated into the tops of the rear wings and reinforce the dynamic arrow-shape side profile.

The eye is instantly drawn also to the horizontal LED stripes that replace conventional headlights and broaden the front view of the car. The car’s lines are underscored by an aggressive racing livery, an integral part of its style. All of this combined with a lower set-up, wider track, higher camber and slicks on lighter wheels underscore the FXX K’s vocation for the track.

The designers are often suffering from constraints coming from engineers like cooling requirements, down force, ergonomics … It is often a matter of trade-off and some are better than others. The first Fiat Multipla is a great example where engineers “won” against designers i.e. the car is very functional for families but not very stylish. By whom do you think this trade-off is made in a given company? What is the weight of the design is amount of sales of a product?