The new Opel Astra follows the maxim of highest efficiency. All components and design features are aligned to this touchstone, resulting in optimized packaging. The next generation of the compact bestseller that makes its premiere at the IAA in Frankfurt (September 17 – 27) is based on an all-new lightweight architecture, its body is noticeably slimmer and it is driven by powerful, weight- and CO2-optimized all-aluminum engines. All told, the new Astra is up to 200 kilograms lighter than its predecessor.

The Monza Concept presented at the 2013 IAA was the role model for Opel’s eleventh compact class generation. Every component of the study reflects the efficiency maxim. The new Astra realizes this vision: depending on the model and trim level, it is up to 200 – but in any case at least 120 – kilograms lighter than its predecessor. The new, thoroughly slimmed down vehicle architecture plays a decisive role in this weight loss: the bodyshell (body-in-white) and structure alone are over 20 percent lighter, down from 357 to 280 kilograms. 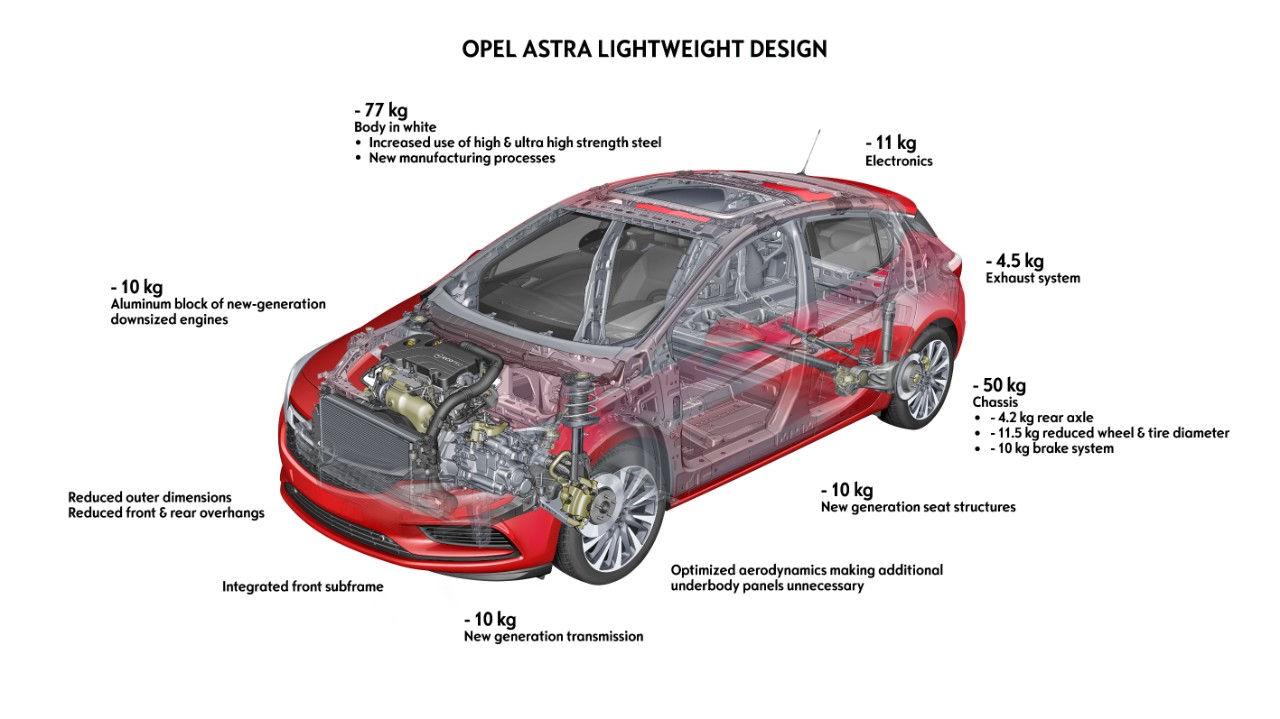 Another 50 kilograms were saved in the design of chassis components: high-strength and ultra-high-strength lightweight steels, more compact subframes as well as modification to the front and rear suspensions all contributed to this end result. In addition, engineers decided against full underbody paneling to further optimize the aerodynamics of chassis and drivetrain elements, resulting in a double advantage: lower weight and reduced production costs that enable more attractive price structures for customers.

Further size- and mass-optimization measures include shorter front and rear overhangs, as well as the up to 25 percent lighter exhaust system which saves around 4.5 kilograms on this part alone. The smaller wheels and tires weigh up to 11.5 kilograms less. The same is true for the brakes: as the system has less mass to decelerate, a more compact design weighing 10 kilograms less was possible – while delivering better braking performance.

Another plus on the efficiency side is the new-generation engines. They distinguish themselves with their compact and efficient design: for instance the new 1.4 ECOTEC Direct Injection Turbo engine making its premiere in the Astra weighs much less than current comparable units. Its aluminum engine block alone is ten kilograms lighter than the cast-iron block of its predecessor. Thanks to their compact design, the newest-generation transmissions save just as much weight. 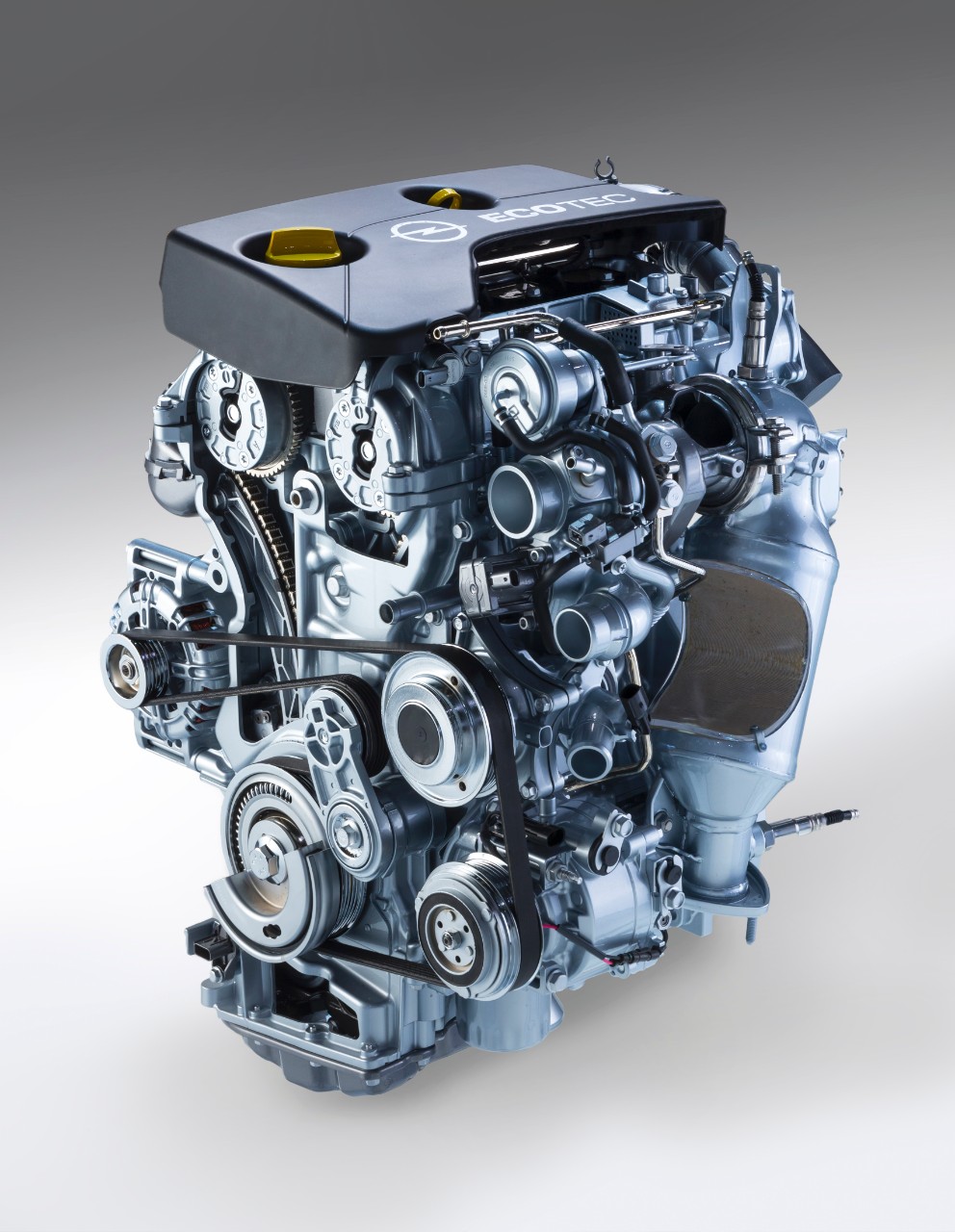 Reduced weight also leads to noticeably higher agility. The new Astra is more fun to drive than ever before – while saving fuel and CO2 emissions. The newcomer with the 1.0 Turbo and Easytronic 3.0 combination is one of the most economical and cleanest gasoline models in its segment. The 77 kW/105 hp three-cylinder unit reduces consumption in the NEDC combined cycle to 4.2 liters per 100 kilometers and CO2 emissions to 96 g/km.