During the coming month, transmission engineering and control specialist, Vocis, will unveil an electric demonstrator vehicle fitted with the latest iteration of its novel, multi-speed, seamless shift transmission. The demonstration vehicle, a Mercedes-Benz Vito minibus, will be made available for evaluation by interested parties from industry and the press.

The innovative Vocis transmission uses the principles of dual clutch transmissions (DCTs) to provide seamless shifting and up to 15 percent improvement in electric vehicle efficiency. The second generation unit has been developed with partial funding from the Niche Vehicle Network and was shortlisted for an SMMT Automotive Innovation award in 2012.

Unlike many EV powertrains those use a single e-machine (motor/generator) the Vocis multispeed transmission works with two smaller e-machines, each driving a separate input shaft. Described as an eDCT (electric DCT) the unique transmission resembles a DCT configuration but with two motors instead of twin clutches.

“We have used a modular architecture for the second-generation transmission, used in the demonstrator, which means the motors can be installed parallel to each other or on opposite sides of the unit,” explained Richard Taylor, technical director of Vocis Driveline Controls. “This flexibility of layout, plus the scalability of the modular concept, makes the design suitable for a wide range of vehicle types.”

The Vito minibus was previously fitted with the company’s 2SED two-speed transmission and competed successfully in the RAC Future Car Challenge, winning the Most Energy Efficient Light Commercial Vehicle Prototype class. The vehicle was subsequently modified, now accommodating a Vocis eDCT with two 25kW traction motors and the capability to accept two 35kW motors in a future upgrade. 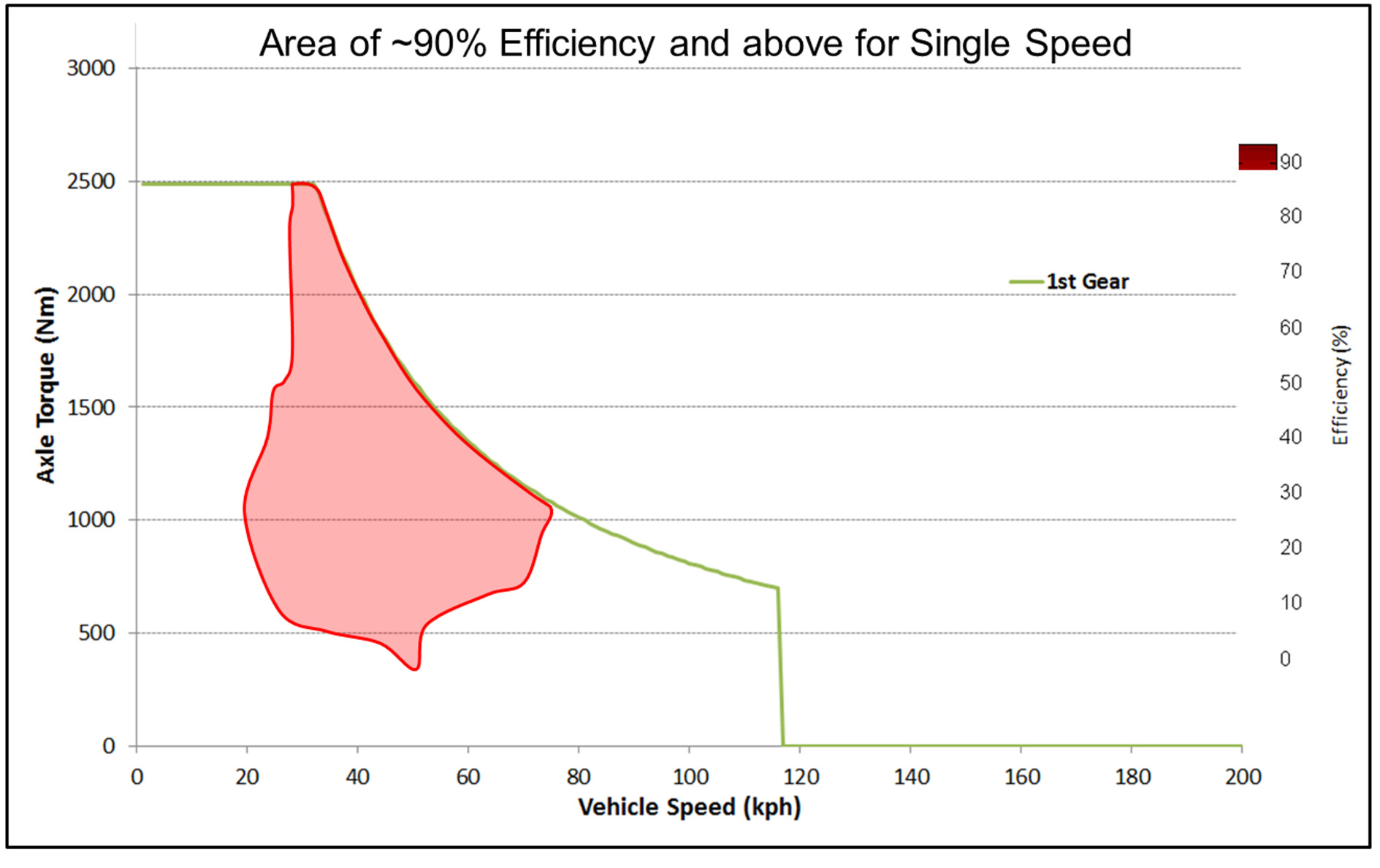 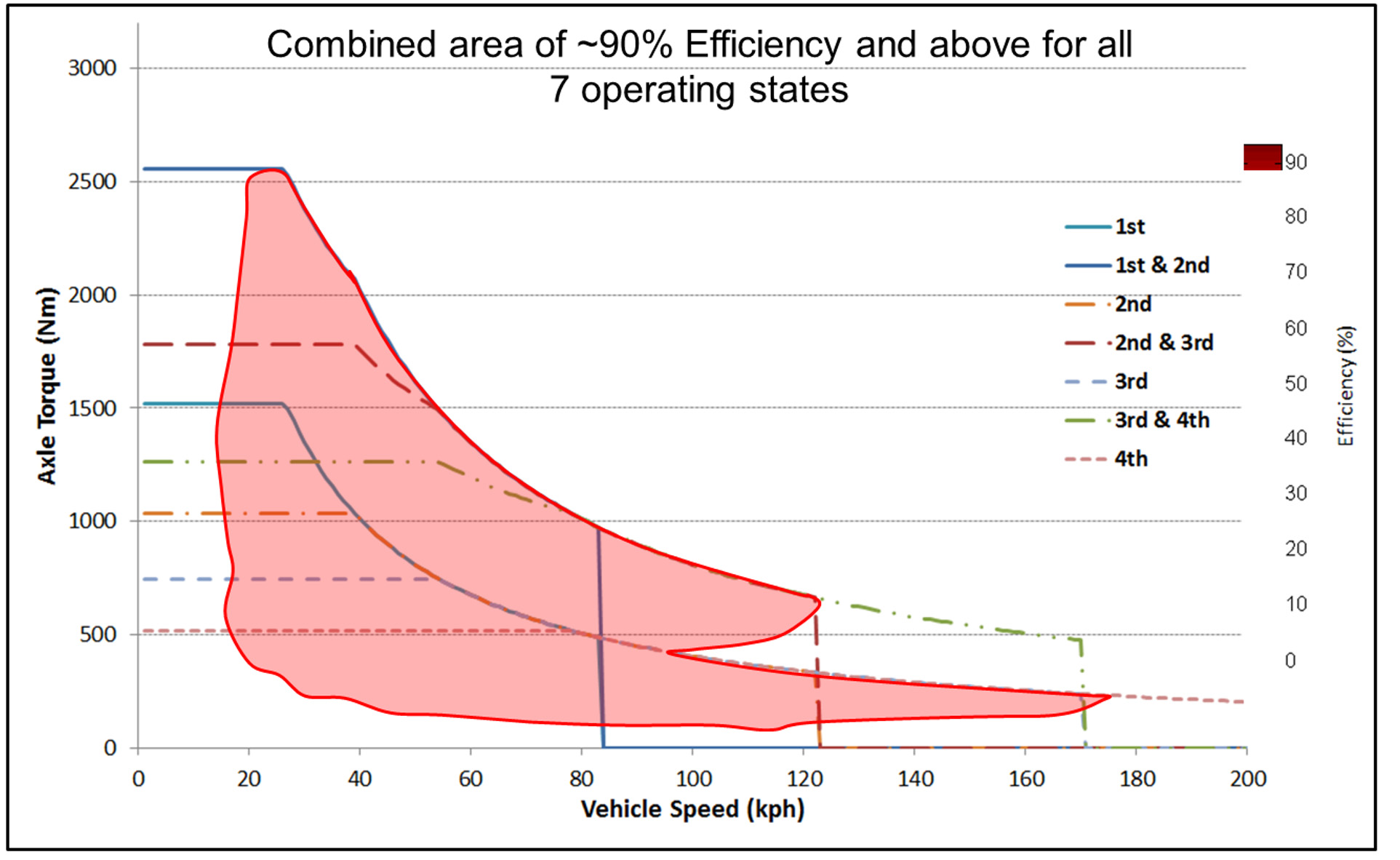 Electronic control enables full driveline integration which, combined with the multiple ratios, provides the facility for strategies such as automatic ratio optimization to maximize range and extend battery life by making deep discharging less frequent. It also allows the implementation of alternative calibrations in order to tailor the feel and performance of the vehicle to the driver’s personal preferences.

Different strategies are used to prioritize economy or performance, or any transition between the two. In this respect, sharing torque between the motors offers shift opportunities beyond those achievable with a DCT. The design allows the distribution of drive and regeneration energy between the two e-machines to be optimized at all times, enabling torque infill to be provided during each gear change, resulting in seamless shifting. “The torque infill makes gearshifts so imperceptible that the first customer for the system asked to be shown that shifting was taking place because he couldn’t feel it when driving,” said Taylor.

Adding a DCT to an electric vehicle might be an interesting solution from the range and the efficiency point of view, however it adds cost to the Electric vehicle compared to a single speed transmission. When we know that today’s EVs are difficult to sell due to their high price, this concept might be questionable. But it is a matter of trade-off with battery downsizing. Do you think we can save more cost on the battery side than the added cost due to the DCT?